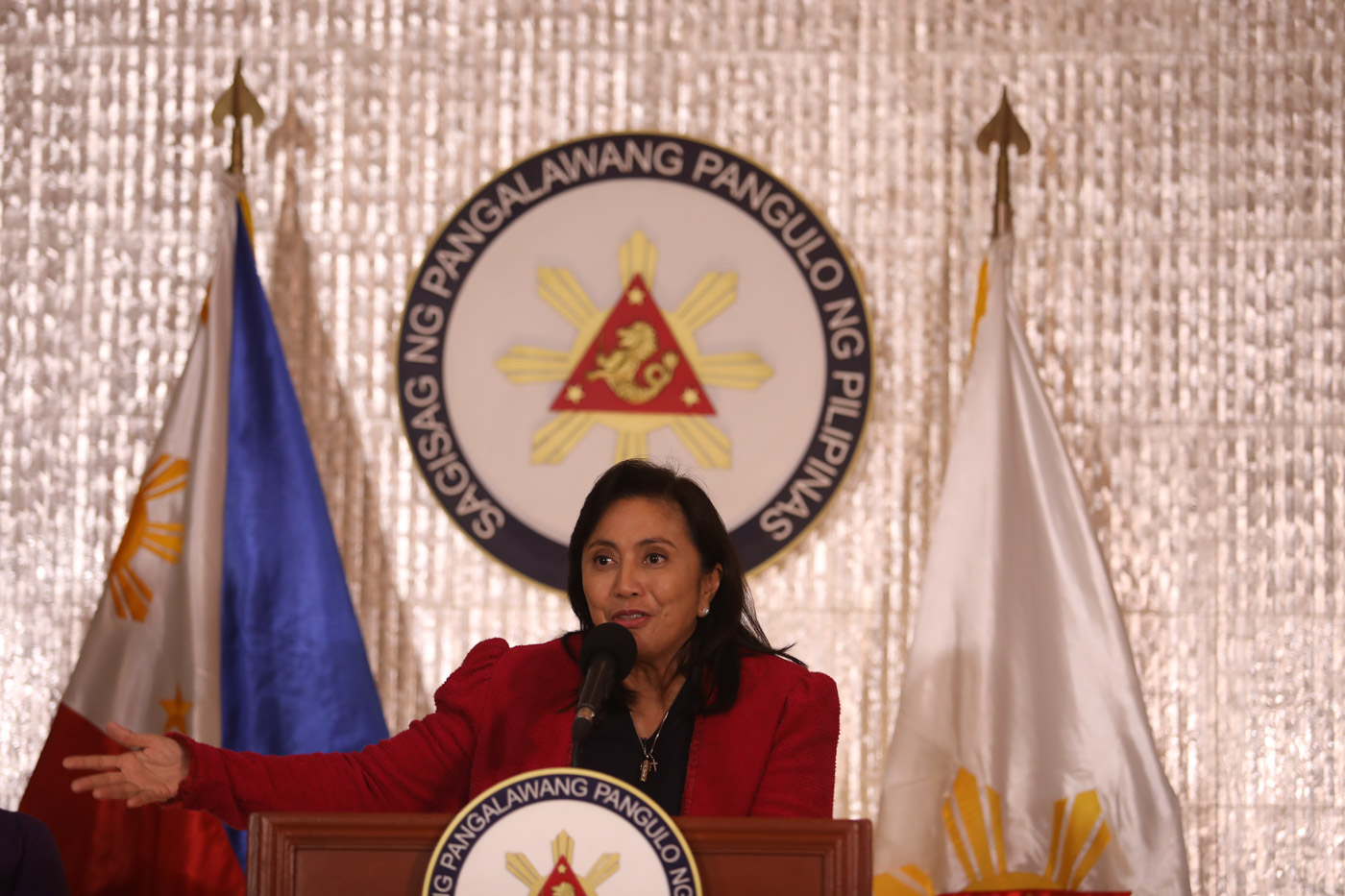 MANILA, Philippines (UPDATED) – It seems unlikely that Vice President Leni Robredo will accept President Rodrigo Duterte’s designation for her to be co-chairperson of the Inter-Agency Committee on Anti-Illegal Drugs (ICAD).

Robredo’s spokesperson Barry Gutierrez told reporters on Tuesday, November 5, that the ICAD co-chair post is “empty” and will not give the Vice President control over the government’s overall anti-drug campaign. (READ: Duterte names Robredo co-chair of inter-agency anti-drugs body)

He pointed out that Duterte’s Executive Order (EO) No. 15, which created the ICAD, does not specify that a co-chairperson will lead it. The EO also does not give power to Robredo over the 21 member-agencies of the ICAD.

(If you read EO 15, it’s just implementation of existing policy. It doesn’t have control or supervision over the other agencies included in the ICAD. And we think it does not capture the original post our President was talking about.)

Just before 1 pm on Tuesday, Duterte released a memorandum designating Robredo as ICAD co-chairperson who will “lead the government’s efforts against illegal drugs until 30 June 2022, unless sooner revoked.”

If she accepts the post, Robredo would co-chair the ICAD with Philippine Drug Enforcement Agency Director-General Aaron Aquino, who already said she would surely “fail” if she leads the drug war.

(So how can we take this offer seriously when the very same person who would become her co-chair in the committee said yesterday – let me clarify that he just said this yesterday – that he doesn’t believe in his co-chair?)

Executive Secretary Salvador Medialdea said they would amend the EO if Robredo accepts the post. But he said it is “not necessary” to make the amendment.

“The President has the continuing authority to reorganize the bureaucracy and in this case, he has exercised that authority through the memorandum he issued designating VP Leni as co-chair of the ICAD,” Medialdea told Rappler.

“But let’s wait for the VP to accept the designation before we speculate or come up with conjectures,” he added.

No categorical rejection of offer yet

But pressed further if Robredo is rejecting the post, Gutierrez merely said they are “not yet responding to the letter” sent by Duterte.

He said the Vice President herself plans to submit a communication to Duterte specifying her recommendations to help address the drug problem.

“Tomorrow, she will be giving a statement not just on the issue of the appointment but more clearly, ‘yung mga (the) directions that the drug war should take, specific recommendations to the Palace,” said Gutierrez.

The Vice President has long been a critic of Duterte’s bloody war on drugs, which has seen deaths of at least 5,526 drug personalities in legitimate police operations alone. Human rights organizations estimate the total death toll at more than 27,000, to include those killed vigilante-style.

An irked Duterte offered to make Robredo his drug czar after the Vice President said in a Reuters interview that the President’s violent drug war needs to be “tweaked” because it is “not working.”

Albay 1st District Representative Edcel Lagman, a Robredo ally, already advised the Vice President not to accept the offer to be ICAD co-chairperson.

“A co-chair of the Inter-Agency Committee on Anti-Illegal Drugs is vastly different from an anti-drug czar which was previously ‘offered’ by President Duterte to VP Leni Robredo. The diluted position validates the fear that the Vice President is being set up to fail,” said the opposition congressman. – with reports from Pia Ranada/Rappler.com