Robredo to get access to drug war documents, intel – Panelo 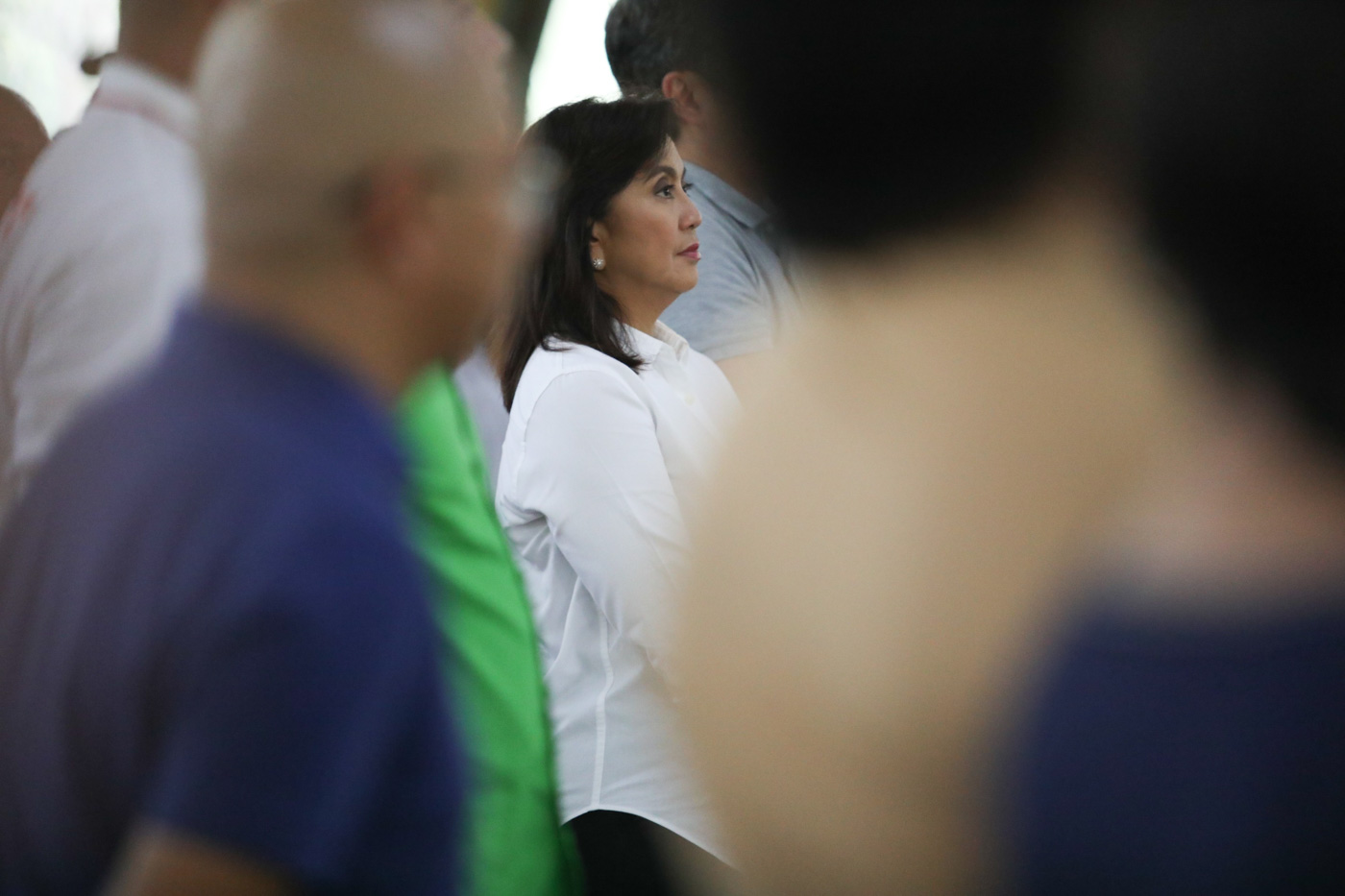 MANILA, Philippines – Vice President Leni Robredo will be given access to documents and intelligence reports about the Duterte government’s anti-drug campaign, said Malacañang on Wednesday, November 6.

“Of course, she is the co-chair. Why should she not have access? We will give her all the support. Being a member of the Cabinet, it behooves all of us to help each other,” said Panelo during a Palace news briefing.

Asked if the Vice President would also get intelligence reports, he said, “Of course, she will.”

Malacañang earlier welcomed Robredo’s decision to accept the position of Inter-Agency Committee on Anti-illegal Drugs (ICAD) co-chairperson, saying it’s an “opportunity” for her to make the drug crackdown more effective.

“Her acceptance shows she is smarter than her colleagues in the opposition who do not want her to succeed in serving the people,” said Panelo.

Duterte had offered the post as a reaction to Robredo’s criticism of his anti-drug campaign. The Vice President previously scoffed at the offer since it was made only through public pronouncements. But she changed her mind when Duterte signed a memorandum that formalized the offer.

The role puts her in charge of some 20 government agencies involved in fighting illegal drugs, alongside the Philippine Drug Enforcement Agency (PDEA).

Despite Panelo’s press briefing and the Palace documents on her designation, there is little we know about how much power Robredo will really have in her new role.

For one thing, how much free rein will she have if she is merely co-chairperson? Her co-chair is the PDEA, headed by Director-General Aaron Aquino, who had even questioned her effectiveness and experience.

Will she need the concurrence of Aquino in making decisions on the ICAD’s strategy? Can she even technically be called a “drug czar” when her position is at parity with Aquino’s?

To all these questions, Panelo had the same answer: Robredo must ask Duterte for the parameters of her position.

“She will have to talk to the President so she will know the extent and scope of her power as drug czar,” said Panelo.

Asked if she has the power to stop all anti-drug operations pending a review, the Duterte spokesman gave different responses. At first, he reiterated that Robredo needs to talk to Duterte first.

When he was asked again, however, he said: “It goes without saying, she can do that. She’s the boss.”

Earlier on Wednesday, other member-agencies of the ICAD expressed support for Robredo.

Presidential Communications Secretary Martin Andanar said he “looks forward to the fresh perspective” Robredo will bring to solutions to the drug problem “instead of just criticizing without concrete actions.”

The Philippine National Police also welcomed Robredo, saying she brings to the ICAD “her experience as the Vice President, her constant communication with the people, and her experience as a lawyer.” – Rappler.com