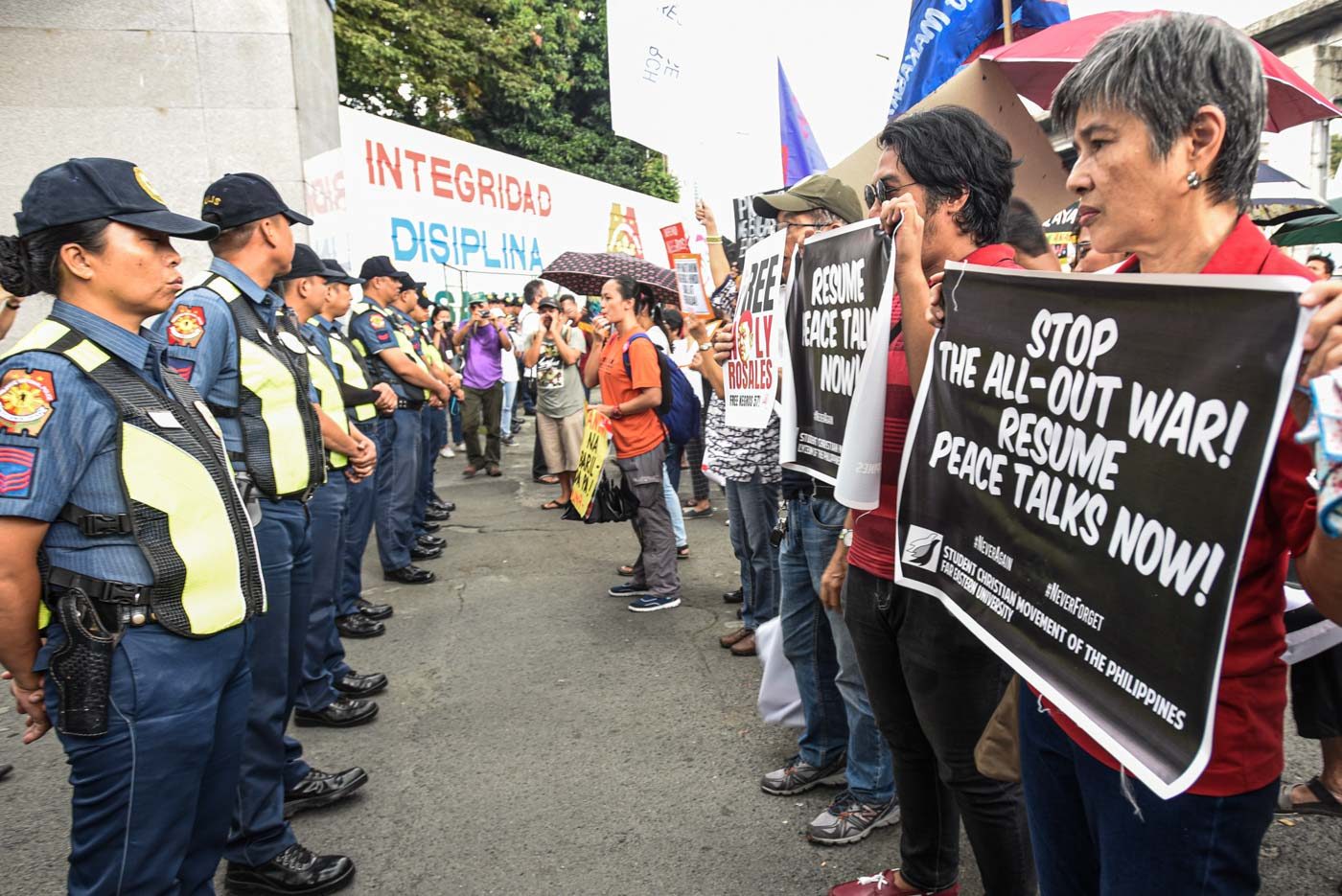 MANILA, Philippines – Department of the Interior and Local Government (DILG) Undersecretary Jonathan Malaya denied there was a crackdown on militant groups, following police raids on progressive groups’ offices in Manila and Bacolod City.

“The arrests that were conducted were all by virtue of warrants – search warrants and warrants of arrest – issued by the Regional Trial Court. So [these are] normal law enforcement operations. This is what they do all the time,” Malaya said.

The search warrants were issued by Quezon City Regional Trial Court Executive Judge Cecilyn Burgos-Villavert, even though Manila and Bacolod were out of her jurisdiction. (READ: Crackdown? Same QC judge issues warrants vs 58 activists in Manila, Bacolod)

In Bacolod City, 56 persons affiliated with Bayan Muna, Kilusang Mayo Uno, Gabriela, the National Federation of Sugar Workers, and other progressive organizations were arrested on October 31.

Until November 5, more arrests were made, including two members of Gabriela-Metro Manila, a Kadamay officer, and 3 members of Bagong Alyansang Makabayan.

(It’s the job of the police to monitor them. That’s why they have an intelligence group, it’s their job to monitor communist groups, because, rememberm these groups are out to overthrow the government, they have admitted that that’s what they want.)

Earlier, leftist lawmakers responded to “red-tagging” allegations by security officials that leftist groups recruit members that would end up as National People’s Army fighters, saying it does not necessarily follow and evidence has yet to be provided. – Rappler.com