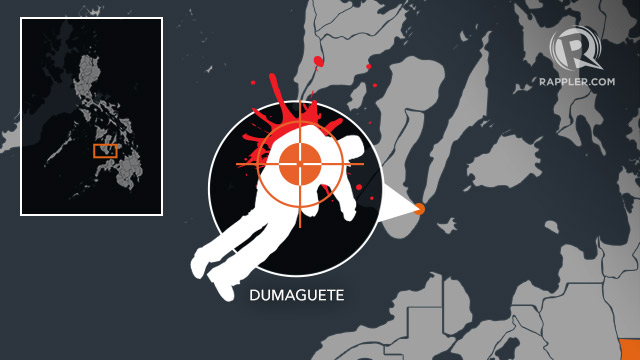 According to a police report, he was attacked and killed by a riding-in-tandem while driving his car Hyundai Elantra with plate YKU 946 at 7:25 am in Barangay Piapi.

“The assailants killed him while on his way for his program,” Central Visayas Police chief Valeriano de Leon said in a statement to reporters on Thursday evening.

Generoso was on his way to dyEM 96.7 Bai Radio when his car was sprayed with bullets.

The victim died on the spot due to multiple bullet wounds.

“We are now cooperating with the Presidential Task Force on Media Security (PTFoMS) for the immediate solution of this. We will not stop until those involved are brought to justice,” said De Leon.

“We would like to condemn the killing of a broadcaster [and] blocktimer Dindo Generoso, who we understand was killed at around 7:25 this morning,” Panelo said

De Leon said police were looking into 3 possible motives for the killing.

He only named two publicly. Aside from the possibility that this was a politically-motivated killing due to Generoso’s work as a radio broadcaster, De Leon is looking into information that the victim may have been “embroiled in a family land dispute.”

“All angles will be looked into to determine the motive of this attack against Dindo Generoso,” De Leon said.

“We are on top of the situation,” he added.

It’s the second killing of a radio broadcaster in Dumaguete in more than a year.

In May 2018, another radio journalist Edmund Sestoso was shot dead also in Dumaguete City. (READ: Dumaguete radio broadcaster dies one day after attack)

Thursday’s attack came only a week after the United Nations Educational, Scientific and Cultural Organization (UNESCO) marked the International Day to End Impunity for Crimes Against Journalists.

According to the 2019 Global Impunity Index by the Committee to Protect Journalists, the Philippines has the highest number of unsolved media killings at 41 over the past 10 years.

The College Editors Guild of the Philippines decried Generoso’s killing. “We will never cease [our] call to hold the culprits accountable for the worsening culture of impunity,” said CEGP national president Daryl Angelo Baybado. – Rappler.com