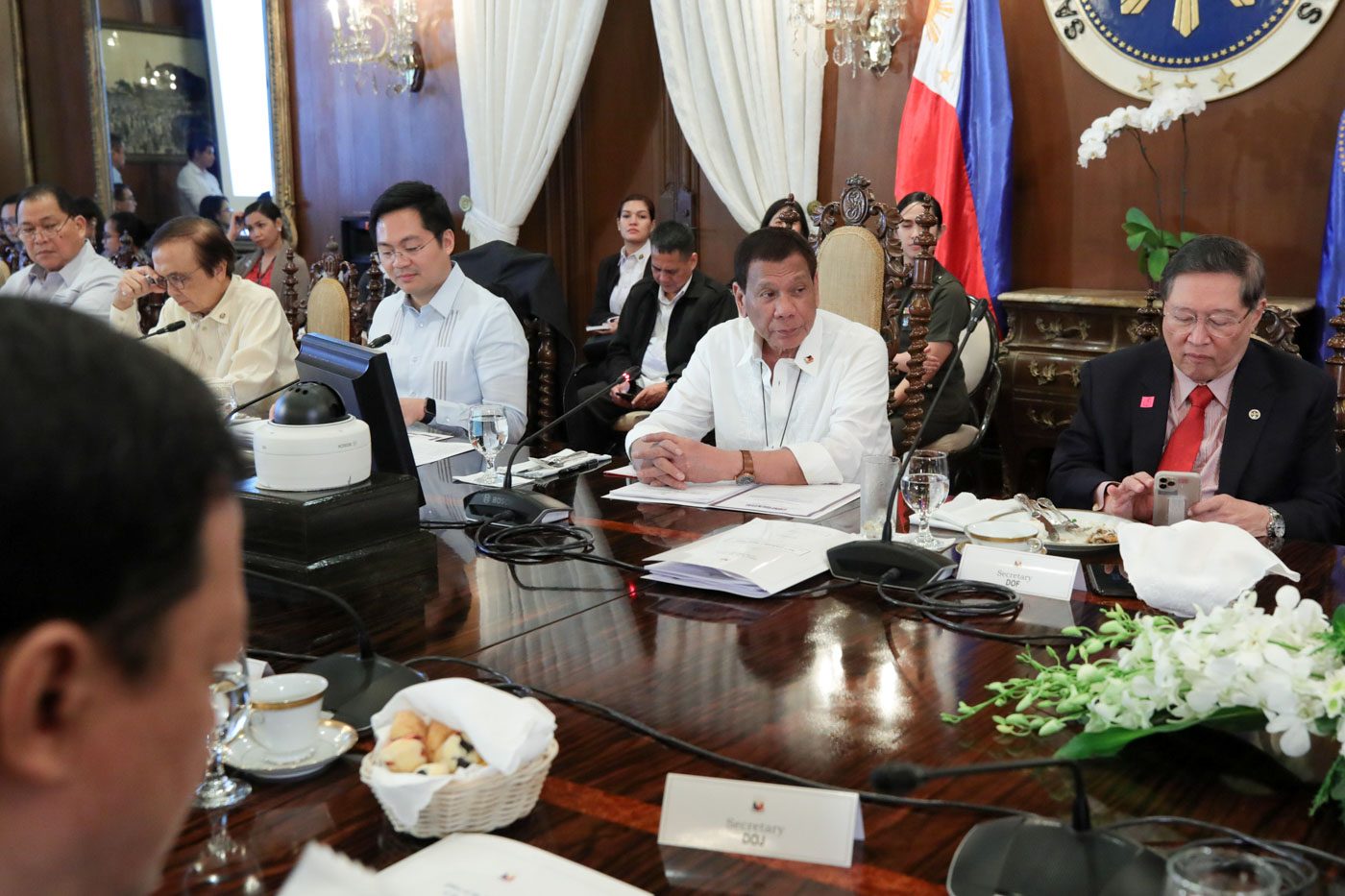 Facebook Twitter Copy URL
Copied
In the September 27-30 SWS survey, the Duterte administration gets the highest net rating in helping the poor, and the lowest in fighting inflation

MANILA, Philippine – Public satisfaction in the administration of President Rodrigo Duterte slipped by 6 points in the 3rd quarter of the year, but its net rating remained “very good” at +67, according to the results of the Social Weather Stations survey released Wednesday, November 6.

The SWS survey done on September 27-30 found that 77% of adult Filipinos were satisfied with the Duterte administration, with 11% neither satisfied nor dissatisfied, and 10% dissatisfied.

SWS arrives at net satisfaction rating by subtracting the percentage of “dissatisfied” from the “satisfied.”

SWS said its terminology for net satisfaction ratings are:

The survey firm added that it considered movements from one classification to another as either an “upgrade” or “downgrade.”

Metro Manila residents gave the government its biggest boost this quarter with a 12-point jump from the previous quarter. From a “very good” net rating of +59  in June, the National Capital Region delivered an “excellent” +71 in September.

The Duterte administration also maintained its “excellent” tally in the Visayas and Mindanao. However, SWS noted that the government skidded in Mindanao by 10 points from +80 in June to +70 in September.

Out of 16 specific issues raised in the SWS survey, the Duterte government got “very good” marks in 3. These were in the issues of helping the poor (+62 net), providing information needed by the citizens to properly examine what the government is doing (+54), and having clear policies (+53).

The rest of the scores on specific issues, or what the SWS dubbed as the “Governance Report Card,” ranked from highest to lowest are:

Among socioeconomic classes, the Duterte administration improved from “very good” to “excellent”  in class ABC, up by 18 points from +60 in June to +78 in September.

SWS said the area estimates were weighted by the Philippine Statistics Authority medium-population projections for 2019 to obtain the national estimates.

“The quarterly Social Weather Survey items on public satisfaction with the general performance of the National Administration, and its performance on specific subjects, are non-commissioned. These items are included on SWS’s own initiative and released as a public service,” the polling firm said. – Rappler.com