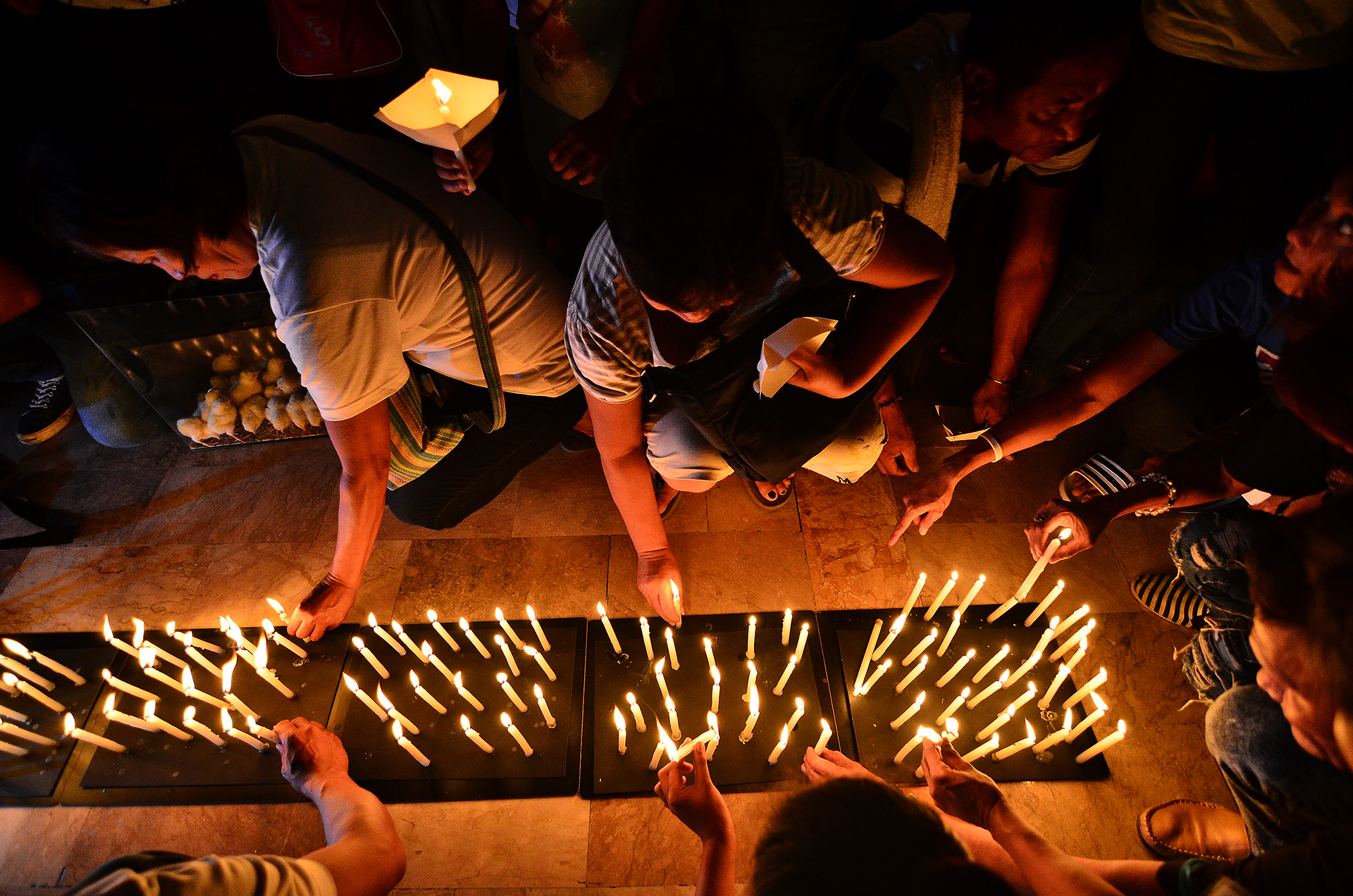 RIZAL, Philippines – Vice President Leni Robredo is proposing to expand the membership of the inter-agency anti-drug body to also include faith-based and human rights organizations.

On Thursday, November 7, the new co-chairperson of the Inter-Agency Committee on Anti-Illegal Drugs (ICAD) was asked by reporters in Tanay, Rizal, if she would call for the body to open its doors to organizations like the Commission on Human Rights and even the United Nations.

Robredo replied in the affirmative.

“Isa ‘yun sa magiging panukala ko…. I-broaden ‘yung membership to include ‘yung mga private organizations at tsaka advocates tsaka faith-based organizations who have been working in the anti-drug campaign for so long,” said the Vice President.

(That will be one of my proposals…. To broaden the membership to include private organizations, advocates, and faith-based organizations who have been working in the anti-drug campaign for so long.)

“Kasi sa tingin ko, ang pinakamensahe nito: laban natin ito lahat kaya dapat pagtulungan natin (Because I think the message here is this: this is our fight so that’s why we all have to work together),” she added.

Robredo said she called for a meeting with the 21 ICAD member-agencies on Friday afternoon, November 8, so she could be officially oriented on how President Rodrigo Duterte’s anti-drug campaign is being run so far.

The Vice President already met with former officials of the Philippine Drug Enforcement Agency, the Philippine National Police, and the National Bureau of Investigation on Wednesday, November 6, the day she accepted Duterte’s offer to be ICAD co-chair.

Number of deaths not metric of success

The Vice President once again reiterated her promise to put a stop to the killing of alleged drug users and dealers in Duterte’s violent war on drugs. She said she will push to change the metrics for determining the success rate of the anti-drug campaign.

(The metrics will not be about the number of those killed, but the number of lives improved. I’ll check if they’re serious about having a united effort to address this.)

(They have been doing a lot of meaningful things. We’ll strengthen those. But the things that we see are wrong, especially the killings, we’ll make sure they won’t happen again.)

Duterte created the ICAD through Executive Order No. 15 to “ensure the effective conduct of all anti-illegal drug operations and arrest of high-value drug personalities” including “street-level peddlers and users.” The body is also tasked to oversee drug-clearing operations in the barangay level and to rid the bureaucracy of corrupt officials.

The President offered to make Robredo ICAD co-chairperson after she said the drug war needs to be “tweaked” because it is “not working.” The Vice President was initially wary of the offer, especially because Duterte only mentioned it in a public speech.

But when the President finally sent Robredo a memorandum designating her as ICAD co-chair, Robredo accepted.

The Vice President said the 2022 elections were far from her mind when she made her decision. Rather, her primary consideration was this is a chance for her to help ensure no more innocent lives will be lost in the drug war. (READ: Robredo to get access to drug war documents, intel – Panelo) – Rappler.com