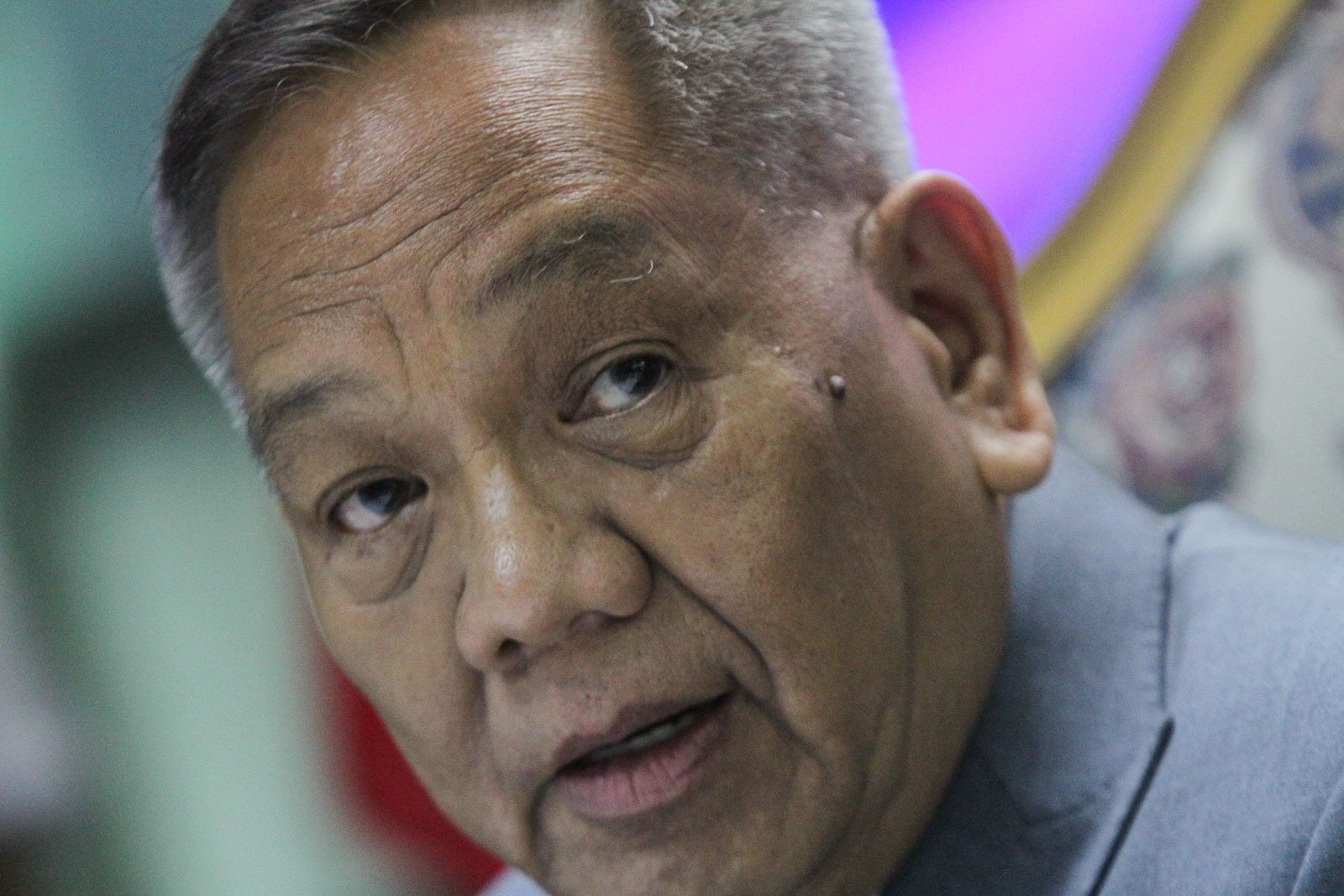 MANILA, Philippines – Chief Justice Diosdado Peralta on Friday, November 8, defended the Quezon City judge who issued the search warrants that yielded the arrest of over 60 activists, saying she “followed all the rules.”

“We have not yet received any report but from what we have gathered she followed all the rules,” Peralta said on Friday, referring to Quezon City Regional Trial Court (RTC) Executive Judge Cecilyn Burgos Villavert who issued the search warrants for offices of progressive groups in Bacolod and Manila.

The pattern in the police raids by virtue of these search warrants has led rights groups to decry the issuances as part of a crackdown on the Left.

Fearing more raids, progressive groups asked the Commission on Human Rights (CHR) to inspect their offices and certify that there are no guns and explosives there.

Groups have slammed Judge Villavert for the issuance of the search warrants, calling on her to publicize her docket book to ensure that she followed the necessary procedure.

In particular, the groups are insisting that the Supreme Court Circular AM No. 03-8-02-SC requires that the head of the Philippine National Police (PNP) “personally endorse” the application for a search warrant.

Peralta added: “When the search warrant was served, she required the certain policemen or military men to report to the court within 10 days from receipt and she followed.”

Peralta said that if the aggrieved groups want to challenge the judicial basis for the issuance of the search warrants, they can file a motion before Villavert’s court.

Peralta also defended the necessity of Circular AM No. 03-8-02-SC, which authorizes the executive judges of Quezon City and Manila to issue search warrants outside their jurisdictions.

“The issuance of a search warrant should be done confidentially, it cannot be done openly, that’s why when you apply for a search warrant, the judge will conduct the hearing inside his/her chamber so that nobody will hear,” said Peralta.

“Now if you applied for a search warrant in the area where the house or the building is located, the possibility of leakage is very high, so by the time that you issue the search warrant, pag dating mo doon sa lugar, wala na ‘yung tao, wala na lahat (when you get to the place, the subjects are not there),” Peralta added.

On Thursday evening, November 7, research policy group Ibon Foundation reported receiving a call from a man who identified himself as a cop from the National Capital Region Police Office (NCRPO) informing them that their office would be searched too.