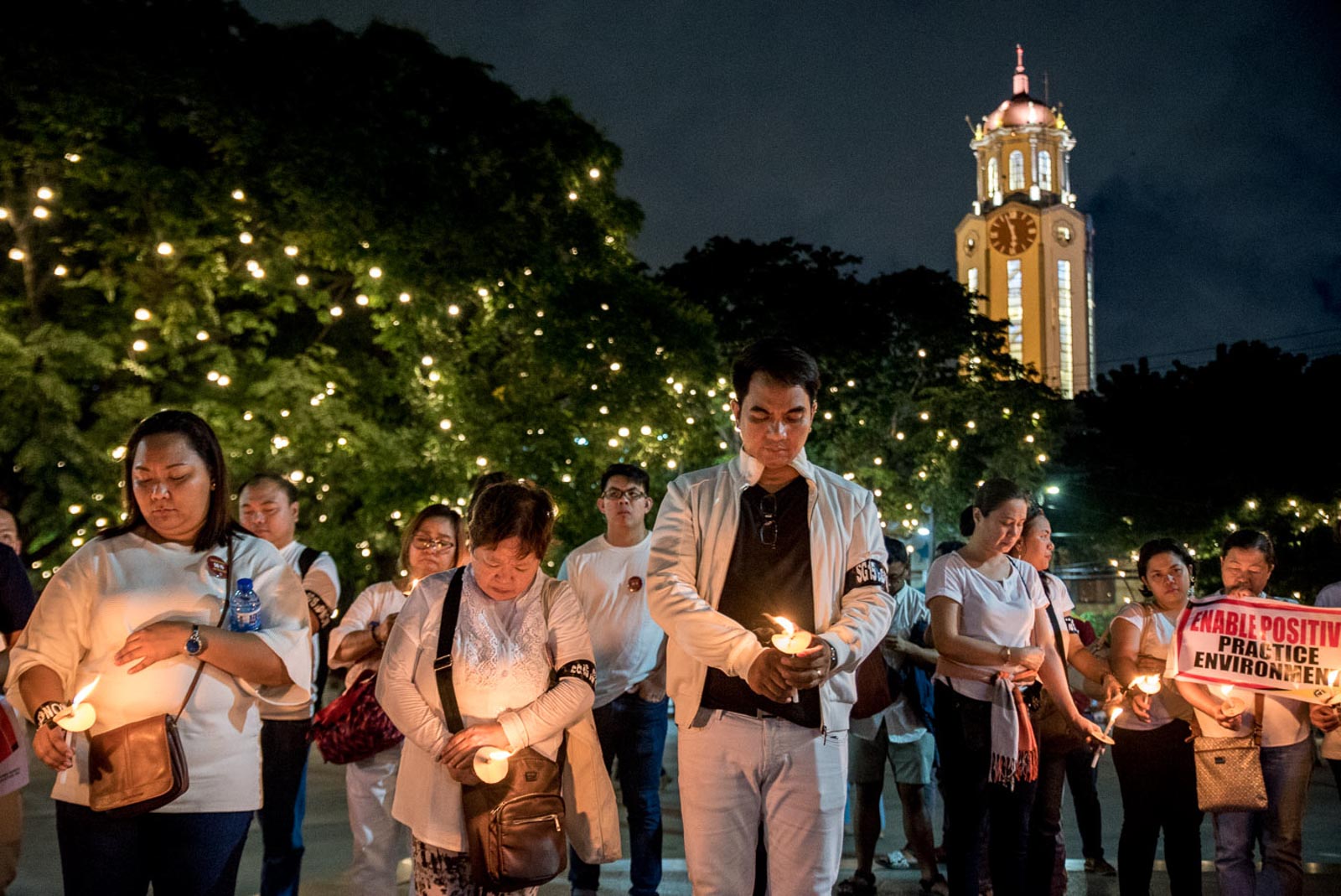 MANILA, Philippines – Hundreds of nurses urged the government to implement a salary increase and better working conditions during the Nurses’ National Day of Protest on Friday, November 8.

Protesters gathered in front of the University of Santo Tomas and marched towards Kartilya ng Katipunan in Manila.

(We were basically frustrated with Health Secretary Francisco Duque III’s remarks because we didn’t see that he is serving as a father to health professionals, a father to nurses.)

Duque had said that a salary increase for nurses will not be implemented in 2020 since it was not included in the proposed budget of the Department of Health. A separate law would be required for budget appropriation.

Under Salary Grade 15, nurses are expected to earn at least P30,531 monthly. According to Palaganas, some private nurses currently earn as low as P4,000 a month in the province of Abra.

“How can the nurses take care of the country’s health if they are overworked and underpaid?” she asked. 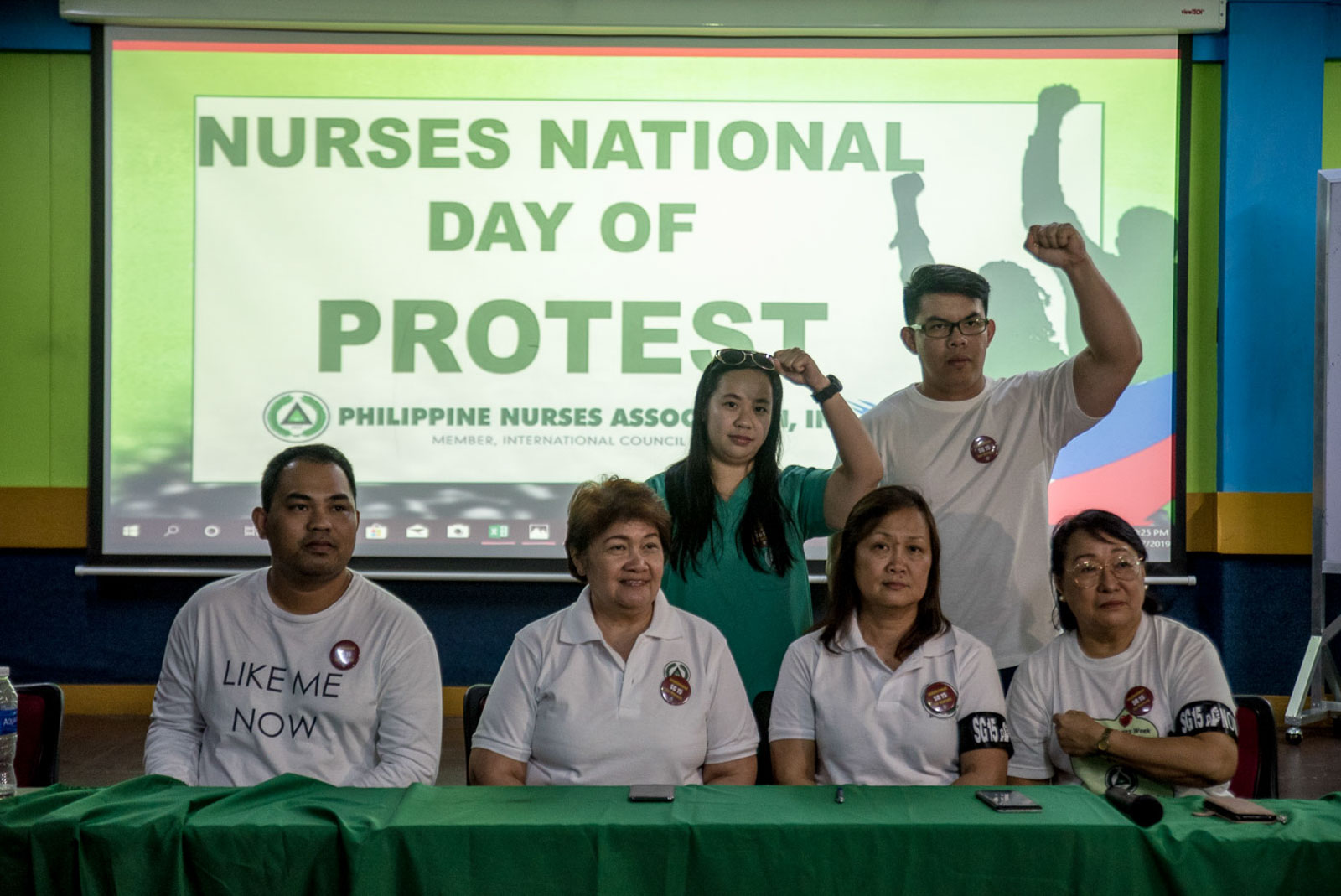 Palaganas also cited the unjust working hours of nurses and the inappropriate ratio of nurses to patients. In some hospitals, she said, there is only one nurse in a ward.

“Nurses who are underpaid and overworked can never efficiently deliver the quality health services they are supposed to deliver,” she added.

Given the current conditions, some Filipino nurses continue to work in the country only for a few years to gain experience before eventually heading for other countries.

“The Philippines has always been considered the No. 1 exporter of nurses in the entire world,” Palaganas said.

“If indeed the nurses will be given better salaries, better working conditions, it can slow down the migration of nurses out of the Philippines.” 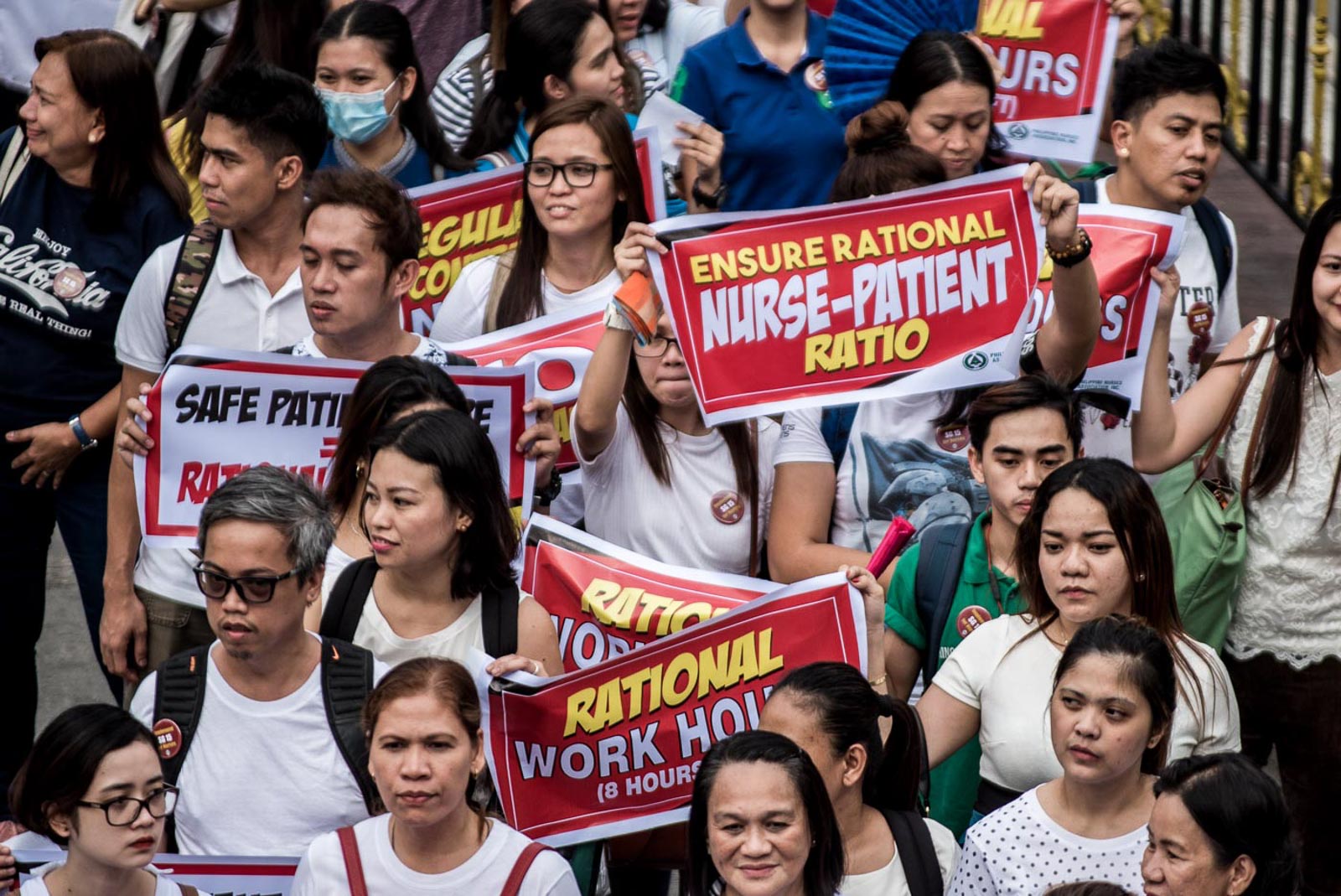 Palaganas also said there are “more than enough” nurses in the country, but many choose to work in other industries that pay better.

Melbert Reyes, vice president of the PNA, worked as a nurse for 10 years before leaving to teach in a university.

(It’s more fulfilling to serve others. But it’s difficult to return to nursing when there’s no assurance that your salary would be enough for raising a family.)

During his time working at a private hospital in Rizal back in 2017, Reyes said he was only earning about P8,000 a month.

Palaganas said the PNA is already lobbying for the law needed to appropriate the budget for government nurses.

(It’s very symbolic for us to go to Kartilya ng Katipunan because we’re bringing the modern-day issues of nurses, and not just of nurses but of all Filipinos.) 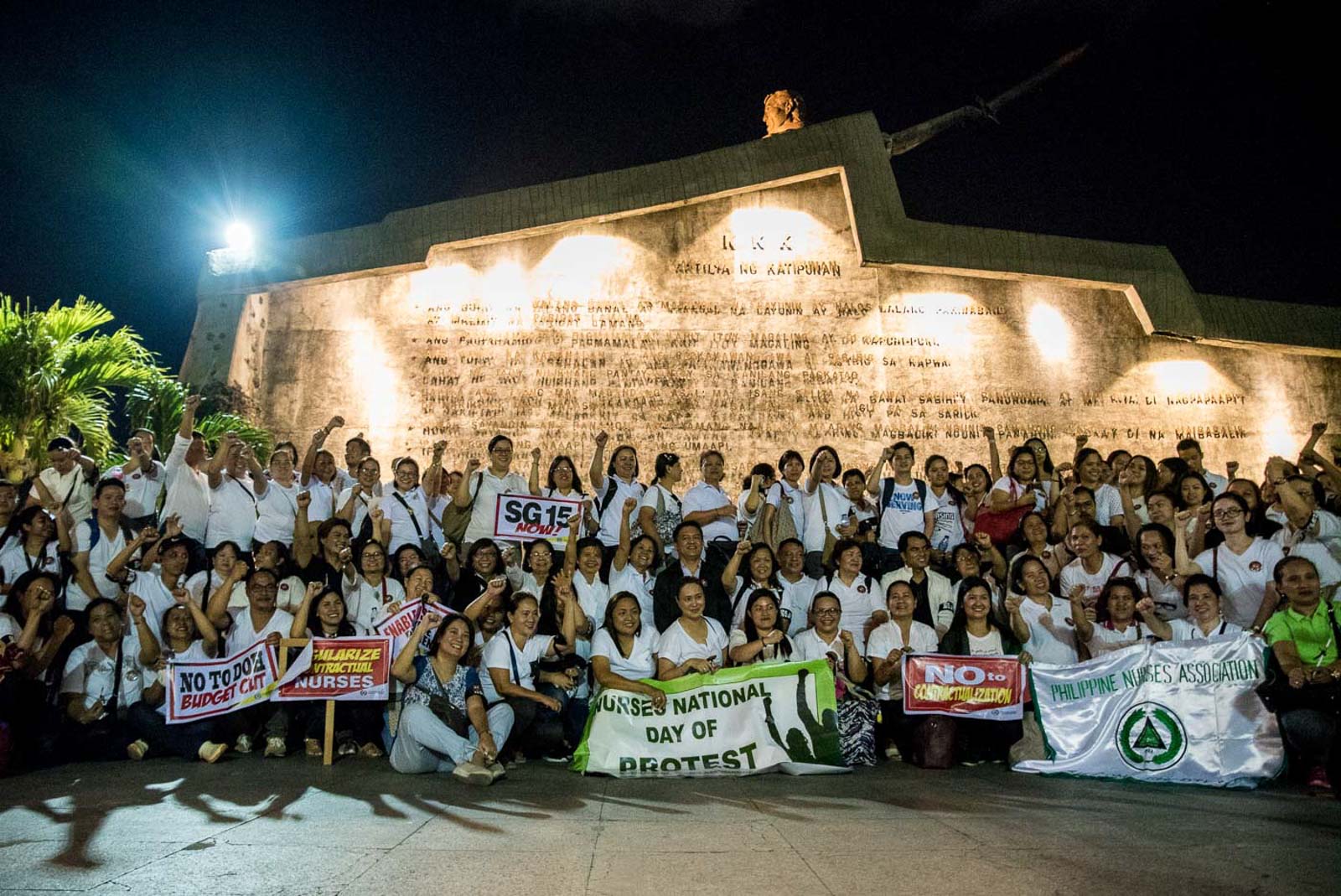