‘Those in power have long abused the Filipino’s resiliency’ 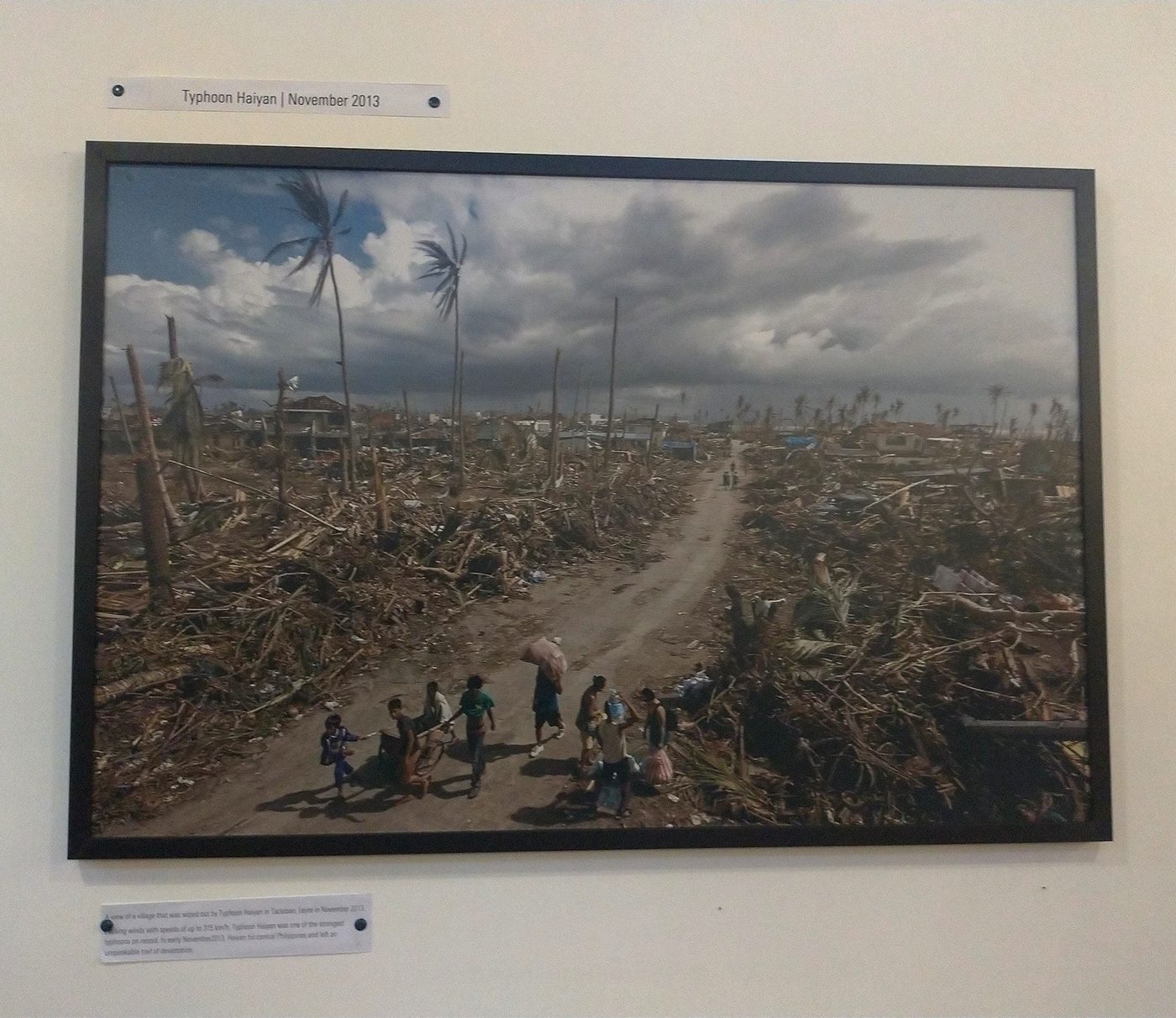 Facebook Twitter Copy URL
Copied
'Our ability to withstand adversity should not preclude us from demanding accountability,' says Alanah Torralba, the head of a German foundation's climate justice projects in the Philippines and Indonesia

ALBAY, Philippines – A climate justice program manager for a German foundation based in Manila urged Filipinos to rethink the mainstream representation of our resilience.

Alanah Torralba, Rosa Luxemburg Foundation’s program head for its climate justice projects in the country and in Indonesia, said Filipinos should not mistake our resiliency for docility.

Torralba highlighted this topic during the unveiling of her photo story entitled Daluyong: Sights and sites of climate change in the Philippines as part of RLF’s conference in Quezon City last September.

RLF is one of the 6 political foundations in Germany; and internationally, it participates in cooperative development projects and advocates for a dialogue between the Global North and South conducted on equal footing.

In her speech, Torralba said, “our ability to withstand adversity should not preclude us from demanding accountability.”

She said it was  unfortunate that our attitude for adapting to difficult situations, which many find admirable, has been often abused by those in power to foster a culture of political complacency.

Being a photojournalist for 12 years before joining RLS, Torralba herself has witnessed to the terrifying effects of climate change to the most vulnerable.

In Tacloban, 4 days after  Super Typhoon Yolanda (Haiyan) ravaged the city, she met two boys who were playing with balloons with the ruins of a village around them. They were playing despite sustaining head injuries.

She said amidst these tragedies we are often praised for our resilience, with images of smiling Filipinos amid ruinous conditions splashed over the media.

“But if I may be honest, as a journalist, I have been harboring a discomfort with the mainstream representation of the so-called resilience,” she said.

For Torralba, we should use our courage as weapon in our struggles, to demand accountability from the world’s biggest polluters, or the so-called Carbon Majors. These include the largest producers of crude oil, natural gas, coal and cement for their big share in cumulative global carbon and methane emissions since the industrial revolution.

That demand is central to the climate justice movement, which was originally Southern-led and supported by solidarity groups in the Global North. Countries in the Global South, including the Philippines, stand to be the most affected and most vulnerable to the impacts of climate change. That is despite them being the least contributor in the world’s greatest carbon and emission emitters.

Yolanda as a wake up call

Climate change wasn’t dealt with the urgency it deserved because its causes and impacts of climate change were difficult to grasp.

That was until Super Typhoon Yolanda happened and Filipinos were jolted by the reality of these catastrophes becoming our new normal, said Torralba.

“Yolanda was a tragedy that catalyzed many Filipinos, including survivors themselves, to be more involved in demanding climate justice,” she added. 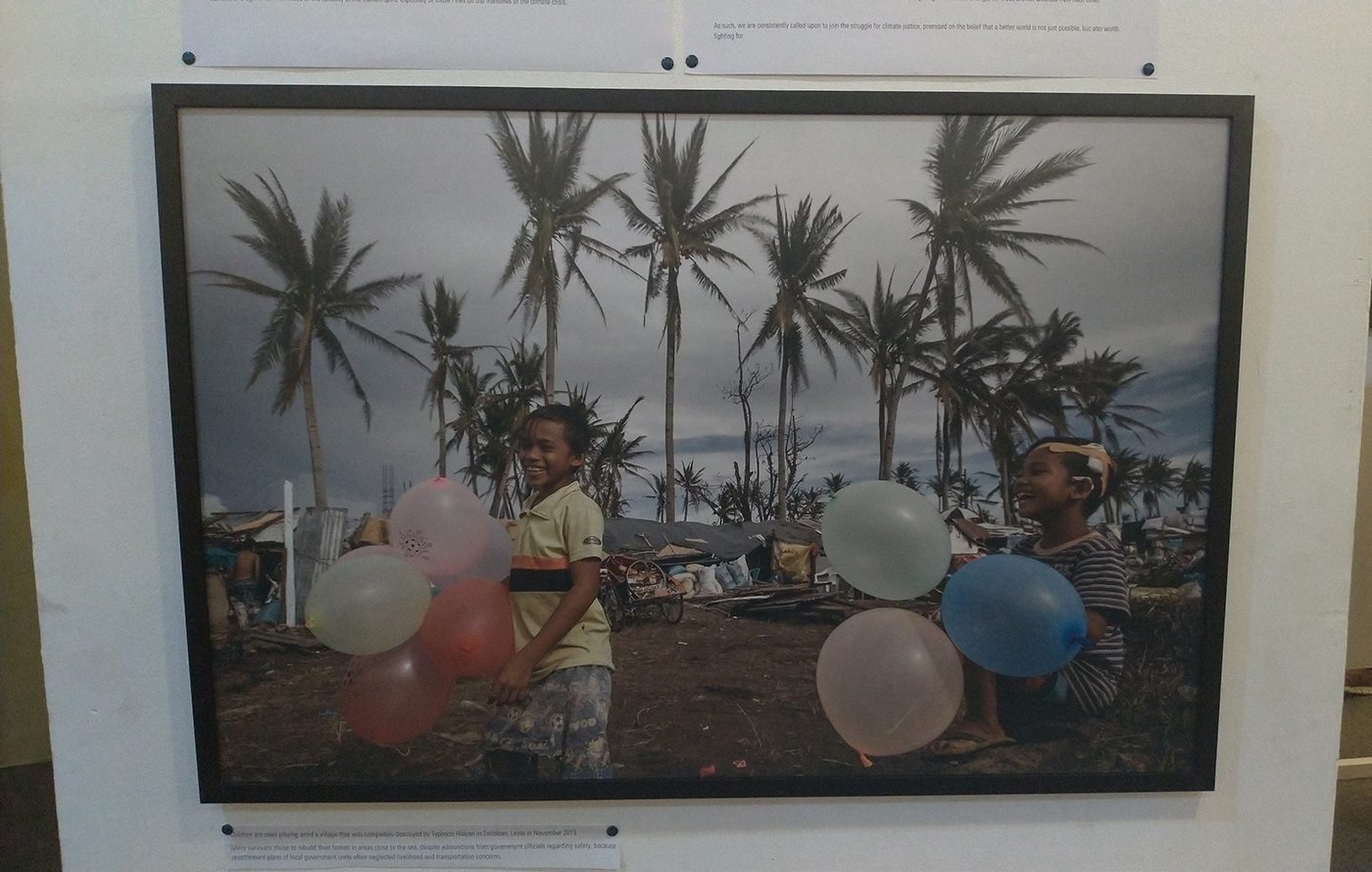 In Typhoon Yolanda-affected communities, for example, many residents have become active in the climate justice movement. One of them is Johanna Sustento who recently staged a lone protest at the Pilipinas Shell headquarters in Bonifacio Global City, Taguig to ask oil companies to stop using fossil fuel.

According to Sustento, “the collective voice of climate-impacted communities is vital in the global fight for our climate, because our stories put a human face to the numbers and statistics of climate science.”

Last year, Marielle Bacason told her story as a Yolanda survivor in a London school as part of the Philippines Commission on Human Rights inquiry into the role of big polluters in climate change. Yet, none of the respondents showed up – all 47 companies of oil, gas, and coal – to take part in the dialogue. The result of this inquiry will be out soon, according to the CHR.

Among the petitioners of this Philippine inquiry is Veronica Cabe. Like Bacason, a disaster also changed her life and eventually developed climate consciousness in her. For her and her family, it was the Typhoon Ondoy (Ketsana) in 2009.

According to Torralba, activists from the Philippines are among the most articulate and passionate in the climate justice movement. “Owing to our long history of natural disasters and inadequate government support, Filipinos are known to forge international solidarity among highly vulnerable countries,” she said.

Filipinos are also at the forefront of demanding accountability from rich nations and polluting industries.

That must inspire us to unite our struggles against structural inequities, for the fight against climate change are not divorced from each other, she said.

According to her, solving the climate crisis begs the question of how to enact equity in climate solutions, for “it is incumbent upon these rich nations to put an end to the use of fossil fuels and assist poor countries to adapt and prepare for the inevitable impacts of climate change, a crisis that was unequivocally caused by their unchecked quest for profits and economic growth.”

Simply put, we are constantly called upon to join the movement for climate justice, and build solidarity to create one strong front for all our climate-related struggles. Because only then can our so-called resilience gives us the justice we deserve. – Rappler.com