Duterte to go on 3-day ‘rest,’ Medialdea to take over 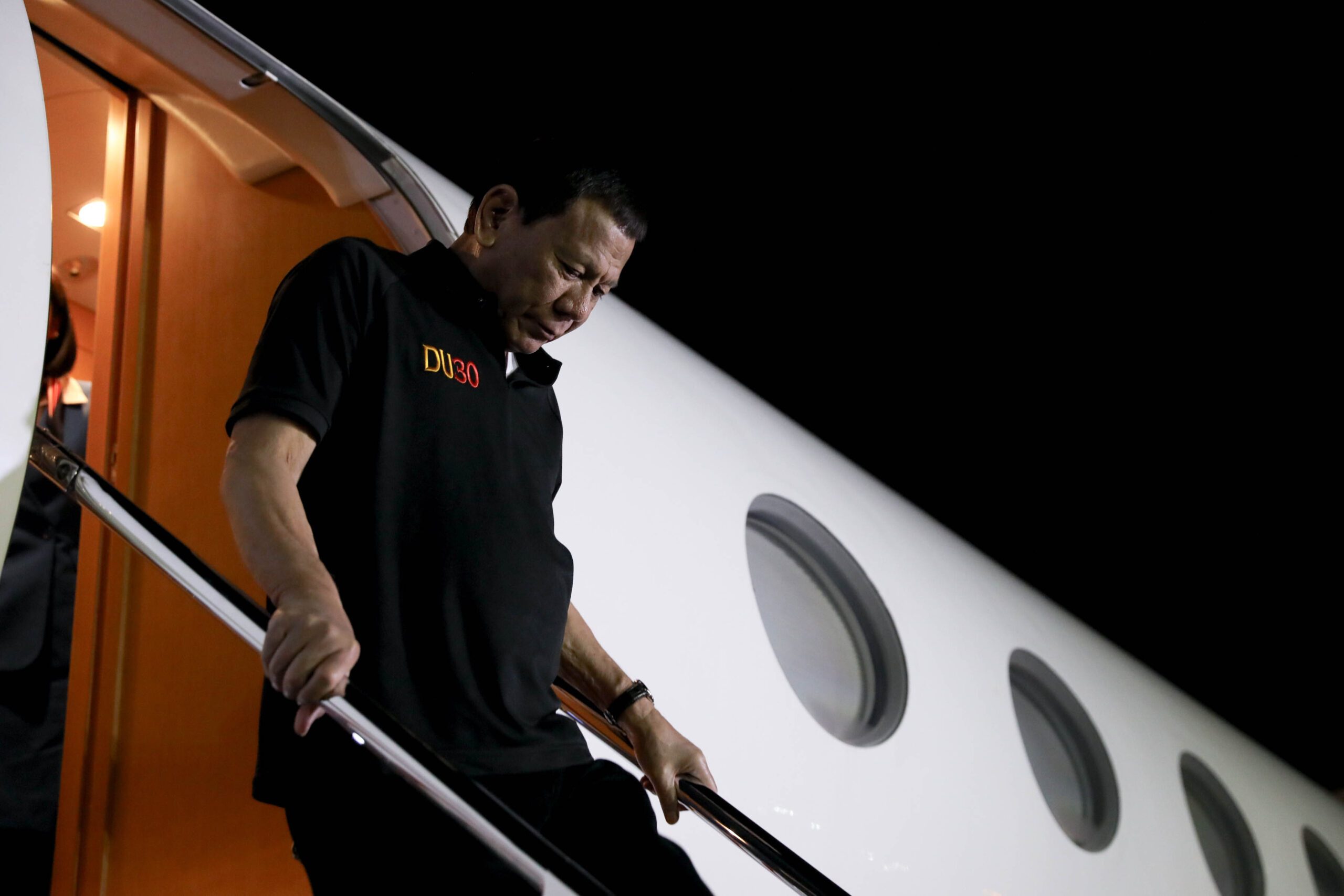 Facebook Twitter Copy URL
Copied
Executive Secretary Salvador Medialdea will be caretaker of the government. Asked why not Vice President Leni Robredo, Presidential Spokesperson Salvador Panelo says, 'She is so busy with the drug war.'

(What I know is Tuesday, tomorrow, is the start of his rest. After, according to Bong, and the President didn’t disagree when the 3 of us were talking, around 3 days.)

The President’s leave will start on Tuesday, November 12. He will spend it mostly in his hometown of Davao City, said the spokesman. The rest period is because Duterte is “always lacking sleep” and “overworked,” added Panelo.

Duterte is going on break after arriving from the 35th Association of Southeast Asian Nations Summit and Related Summits held in Thailand. Before this trip, he had attended the enthronement ceremony for Japanese Emperor Naruhito, which had been cut short because of back pains from a recent motorcycle accident.

Duterte had to see a doctor after the mishap, but Malacañang insisted that the pain was due to mere muscle spasms. The Palace has yet to release any medical bulletin to clarify the state of the President’s health.

Why Medialdea? Asked why it will be Medialdea taking over and not Vice President Leni Robredo, Panelo said, “She is so busy with the drug war.”

There is also no need to call Duterte’s rest period an official “leave,” he said.

Duterte has often gone several days, even up to a week, in which the Palace said he had no public functions because he was “resting.” But this is the first time the President has assigned a caretaker during his break. (READ: LIST: Duterte’s skipped events, long absences)

The charter says the vice president becomes “acting president” when the chief executive informs the Senate president and House speaker, through a formal letter, that he cannot fulfill his duties.

Section 11 of Article 8 states that: “Whenever the President transmits to the President of the Senate and the Speaker of the House of Representatives his written declaration that he is unable to discharge the powers and duties of his office, and until he transmits to them a written declaration to the contrary, such powers and duties shall be discharged by the Vice-President as Acting President.”

If Duterte is not able or willing to write such a letter, a majority of his Cabinet members may do so. If Congress receives such a letter, Robredo would become acting president.

It won’t be the first time Medialdea will serve as government caretaker. When Duterte goes on official foreign trips, the executive secretary is often delegated officer-in-charge of the government.

When Medialdea himself is away, this role often falls on the shoulders of his senior deputy executive secretary. – Rappler.com