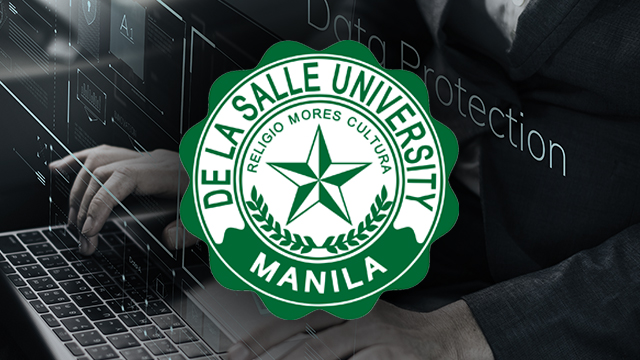 MANILA, Philippines – De La Salle University (DLSU) will pioneer in the Philippines next year a masters program in data protection, in a push to promote the country’s excellence in the field in the region.

“In pursuit of our mission to serve as a leading academic resource, we are undertaking this pioneering program. We are proud to be the first university in the Philippines to offer a data protection qualification for professionals,” DLSU President Raymundo Suplido said.

The program will be for “data protection officers [and] compliance, legal, and information security professionals” and is part of DLSU’s bid “to promote data protection excellence” among Southeast Asian countries.

The announcement came Tuesday, November 12, after DLSU officially joined the Data Protection Excellence (DPEX) Network, a Singapore-based network that “aims to provide leadership, best practices, training, research and support for all things surrounding data privacy from an operational perspective,” according to its website.

DLSU’s membership includes collaboration with the Singapore-based Straits Initiative, Singapore Management University, the International Islamic University of Malaysia, and other DPEX members on data protection efforts in the region.

He also said the move is timely, as data privacy is both a national and global concern.

Suplido added that the university will  build its expertise on data protection with the guidance from the National Privacy Commission (NPC), which oversees the implementation of Republic Act No. 10173, or the Data Privacy Act of 2012 (DPA).

The university also said that course modules in the masters program would complement the DPA and other relevant issuances of the NPC.

The DPA protects private, personal, and sensitive information of public and private citizens and organizations. It covers anyone who, though not founded nor established in the Philippines, uses equipment or maintains and office in the country. – Rappler.com