Robredo to seek help of U.S. intelligence to go after drug lords

Nov 12, 2019 7:55 PM PHT
Mara Cepeda
Facebook Twitter Copy URL
Copied
'The problem of drugs is not unique to us. We won’t be able to solve this on our own. We really need to work with other countries, especially those near us,' the Vice President says 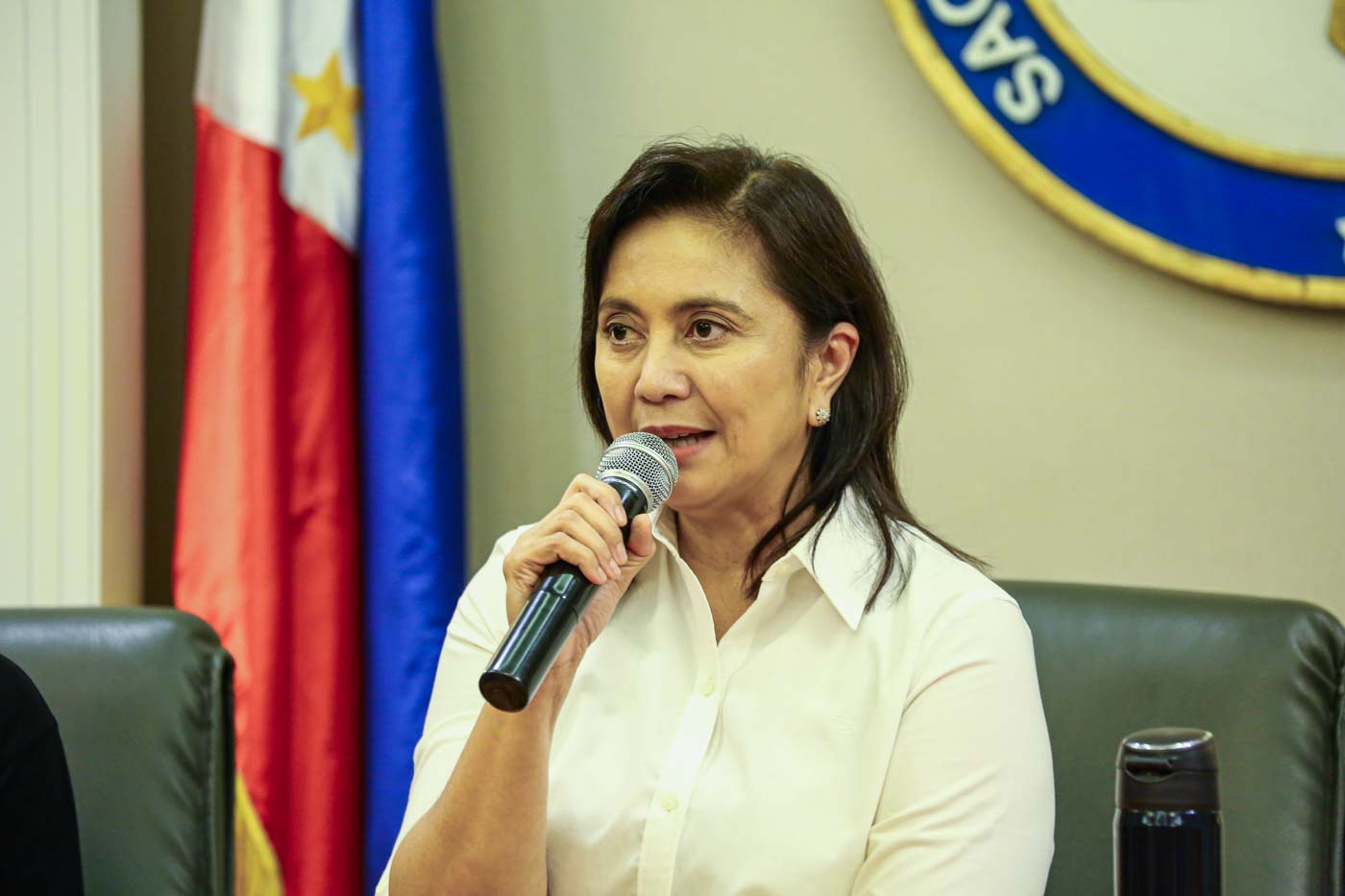 Robredo, the new co-chairperson of the Inter-Agency Committee on Anti-Illegal Drugs (ICAD), said this would be one of the agenda during her meeting with US embassy officials on Wednesday, November 13.

“I’m meeting with them tomorrow…. We want to know what resources are available for us, especially in the area of intelligence. We need a lot of help in going after the big-time drug lords. Perhaps they can help us there,” the Vice President, speaking in Filipino, said in a chance interview in Pasay City on Tuesday, November 12.

Robredo said it is crucial for the Philippines to study the anti-drugs campaign of other countries, not just the US.

“We’re not only meeting with the US embassy. We’re going to talk to all those from the international community we can possibly speak to. Because the problem of drugs is not unique to us. We won’t be able to solve this on our own. We really need to work with other countries, especially those near us,” said the Vice President.

The ICAD co-chair will be spending the next days meeting with both local and foreign groups as she moves to reform President Rodrigo Duterte’s violent war on drugs. (READ: Robredo opens ICAD meet: The enemy is drugs, not people)

The Vice President is a longtime critic of Duterte’s drug war, where, the police claims, more than 6,000 people have been killed in anti-drug operations. Human rights groups, however, estimate the numbers could reach almost 27,000 to include victims of vigilante-style killings. (READ: The Impunity Series)

Smarting from the Vice President’s latest criticism on the drug war, Duterte offered to make Robredo co-chair of the ICAD, a post that she accepted in a bid to stop the killings. (READ: The gamble of Leni Robredo)

The Vice President already said she wants the ICAD, composed mostly of law enforcement agencies, to open its doors to human rights and faith-based organizations.

She also said law enforcement personnel should have body cameras to ensure the “integrity” of drug operations.

On Monday, November 11, Robredo met with representatives from the United Nations Office on Drugs and Crime to discuss the “best practices” of other Southeast Asian nations in combating illegal drugs. – Rappler.com