Nov 12, 2019 9:44 PM PHT
Mara Cepeda
Facebook Twitter Copy URL
Copied
'Perhaps, it was my instinct as a mother that I accepted this responsibility and that I needed to do this sacrifice for the greater good,' says Vice President Leni Robredo 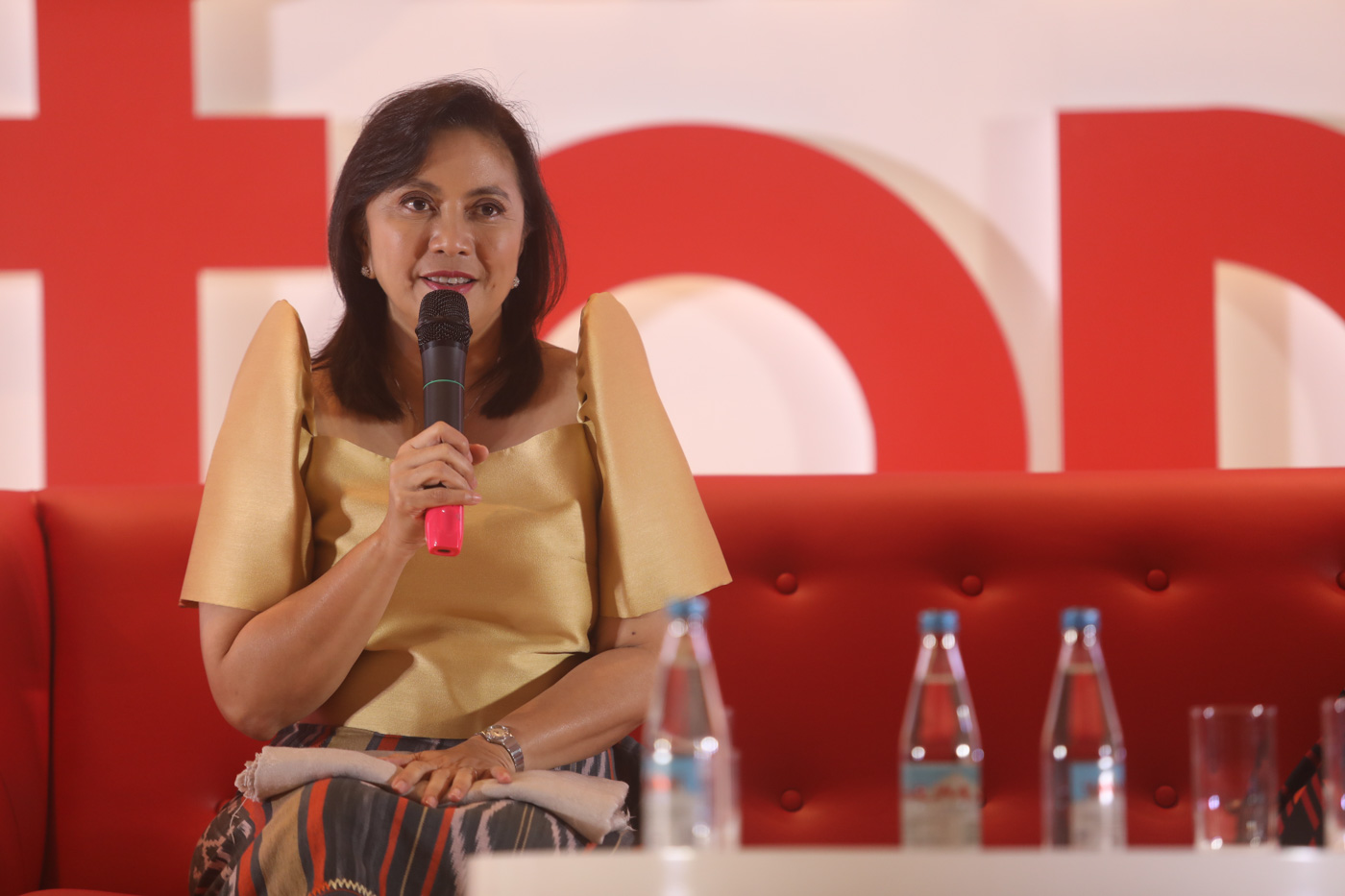 MANILA, Philippines – Vice President Leni Robredo said her instinct as a mother pushed her to accept the offer to lead the anti-drugs body, firing back at critics who said she was too weak for the job.

“Perhaps, it was my instinct as a mother that I accepted this responsibility and that I needed to do this sacrifice for the greater good,” the Vice President said in a speech she delivered during a forum on women empowerment held at the Marriot Hotel in Pasay City on Tuesday, November 12.

Robredo said almost everyone – even her own 3 daughters – advised her against agreeing to be co-chairperson of the Inter-Agency Committee on Anti-Illegal Drugs (ICAD), a post offered to her by President Rodrigo Duterte in response to her latest criticism on the bloody war on drugs.

Robredo said she was willing to risk everything, even her political capital, if becoming ICAD co-chair meant getting a chance to stop the killings in Duterte’s drug war. (READ: The gamble of Leni Robredo)

Days after her acceptance of the ICAD post, the Vice President said online trolls insinuated that she “lacked courage and resolve because I was only a ‘mother’ and a ‘woman.'”

But Robredo believes motherhood prepared her to face the toughest of challenges.

“We may have been called to play many roles in our lives, but beyond doubt – and I know that you will agree with me – that the role that requires the most courage, the most resolve, the most strength, is being a mother,” the Vice President said.

She then advised the women in the audience who attended the Philippine Star and Women Influence Community Forum that they can endure any hardships thrown their way.

“So to all mothers and women in this room and across the nation: Remember that you are made for times like this and you are meant to survive even during the most difficult times,” Robredo said.

“To lead with great heart is inherent within every mother and every woman. That every trial, every difficulty, can be turned into an opportunity to lead with both strength and empathy. And this is what we all need to have – the kind of strength that draws from a deep well of love, compassion, humility, courage, and integrity,” she added.

The Vice President is the widow of the late Naga mayor turned interior secretary Jesse Robredo, with whom she has 3 daughters: Aika, Tricia, and Jillian. (READ: Leni ‘super thankful’ for friends who still visit Jesse Robredo’s tomb 7 years on)

Jesse Robredo’s tragic death in a plane crash in 2012 thrust his wife into the political spotlight. Leni Robredo ran for and won as Camarines Sur congresswoman in 2013. In 2016, she bested 5 male and incumbent senators in the vice presidential race. – Rappler.com