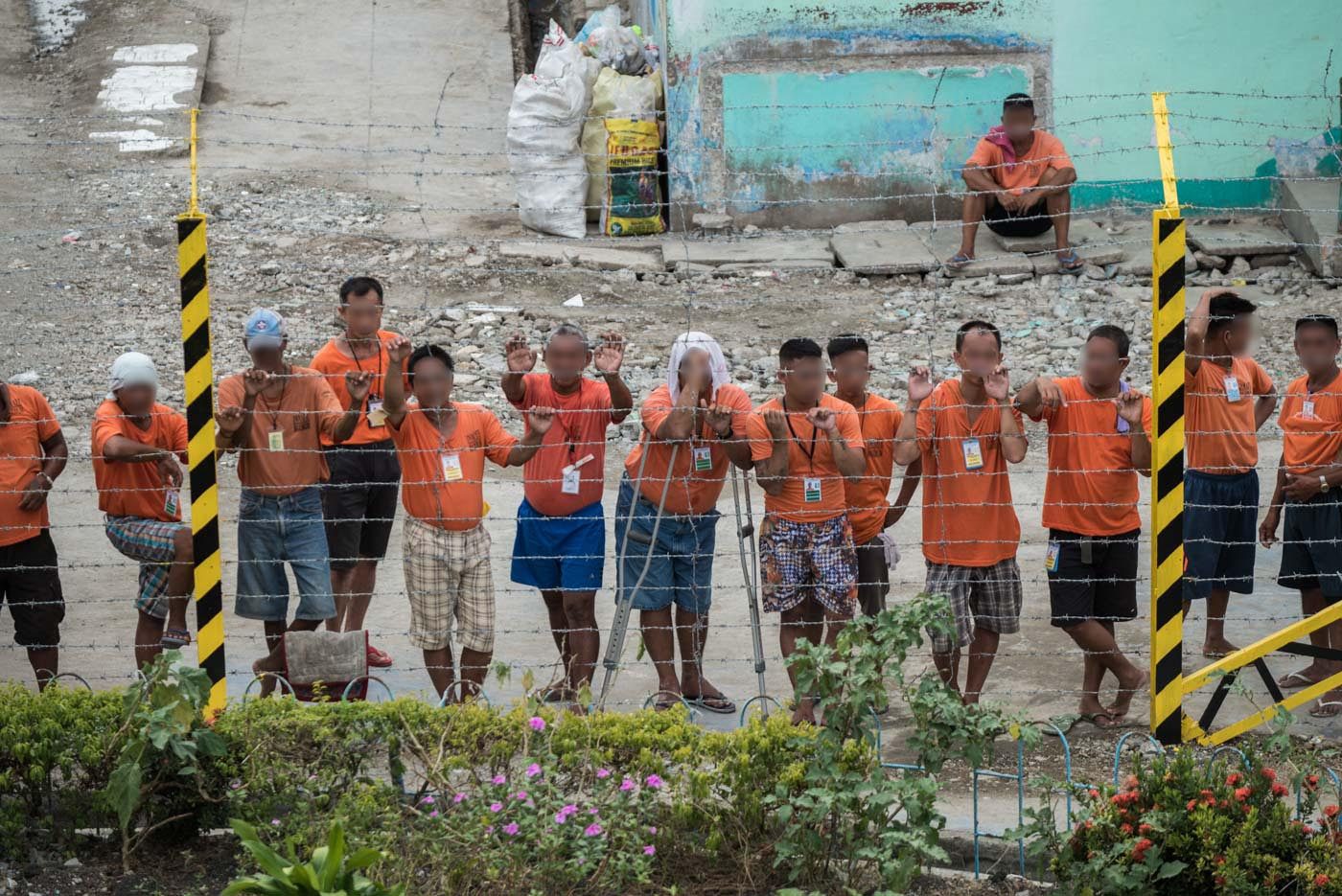 MANILA, Philippines – Conditions inside the New Bilibid Prison (NBP) have reached a “critical” level with one prisoner dying every day, the state penitentiary’s new hospital chief said on Wednesday, November 13.

“There is a universally accepted computation with Persons Deprived of Liberty (PDLs) worldwide, and right now we are on critical condition. In actual number,  it’s (an inmate dies) about once every day,” Bilibid hospital chief Henry Fabro told reporters on the sidelines of the Asia Pacific Conference on Prison Health organized by the International Committee of the Red Cross (ICRC).

Former hospital chief Ernesto Tamayo earlier told the Senate that 20% of inmates in the maximum security compound die each year – much higher than one a day – but the Bureau of Corrections (BuCor) under Gerald Bantag denied Tamayo’s numbers.

Fabro replaced Tamayo who was sacked following the Good Conduct Time Allowance (GCTA) scandal that exposed corruption schemes in prison such as hospital passes for sale.

Fabro said that when he and Bantag took over in mid-September, there were only 13 physicians attending to  47,326 prisoners in BuCor’s 7 penal colonies nationwide.

On top of the lack of doctors on site, Fabro said the Bilibid hospital was “poorly equipped.”

“Kaya humingi kami ng tulong ni Director General, firstly sa Department of Health, na bigyan kami ng additional doctors or tulungan kami to acquire equipment for the hospitals (That’s why the Director General and I asked for help, first from the Department of Health, to give us additional doctors or to help us acquire more equipment for the hospitals),” he said.

Based on BuCor’s latest update, 29 Bilibid prisoners died from October 9 to 25. This was during the period Bantag suspended visitation rights of families following the demolition of illegal shanties that reportedly further worsened conditions in the state penitentiary. (READ: After demolition, elderly prisoners sleep outdoors in Bilibid)

Bantag has refused to call the situation a crisis, noting that the deaths were usual in Bilibid and attributable to “pre-existing illnesses,” and not due to aggravating conditions brought about by the so-called lockdown.

Fabro backed up Bantag and said the recent deaths were not an unusual spike in the national penitentiary’s death rate.

As of BuCor’s last count, around 2,300 previously released prisoners –  including hundreds qualified for early release – have returned to Bilbid following President Rodrigo Duterte’s ultimatum to heinous crime convicts released early on account of their GCTA. Some of the qualified convicts had been rereleased while others were still being processed by the Department of Justice.

When asked, Bantag confirmed that there were GCTA surrenderers who died since they returned to Bilbid.

“Meron talaga ‘yan. May death sa returnees (For sure, there were deaths among the returnees),” said Bantag.

But when pressed for more details, Fabro said he could not elaborate since hospital records did not distinguish ordinary prisoners from returnees.

(In comparison, it’s not far from the international standard. I’m not saying it’s acceptable…but we cannot deny that death is inevitable. So maybe congestion and the jail conditions are contributing factors.)

Borlongan said there are only 12 physicians and 2 psychiatrists for the 478 facilities. There are no hospitals inside BJMP facilities, so prisoners are treated at the nearest municipal hospitals outside the jails.

Borlongan said there are around 12,000 medical staff scattered around all the BJMP jails.