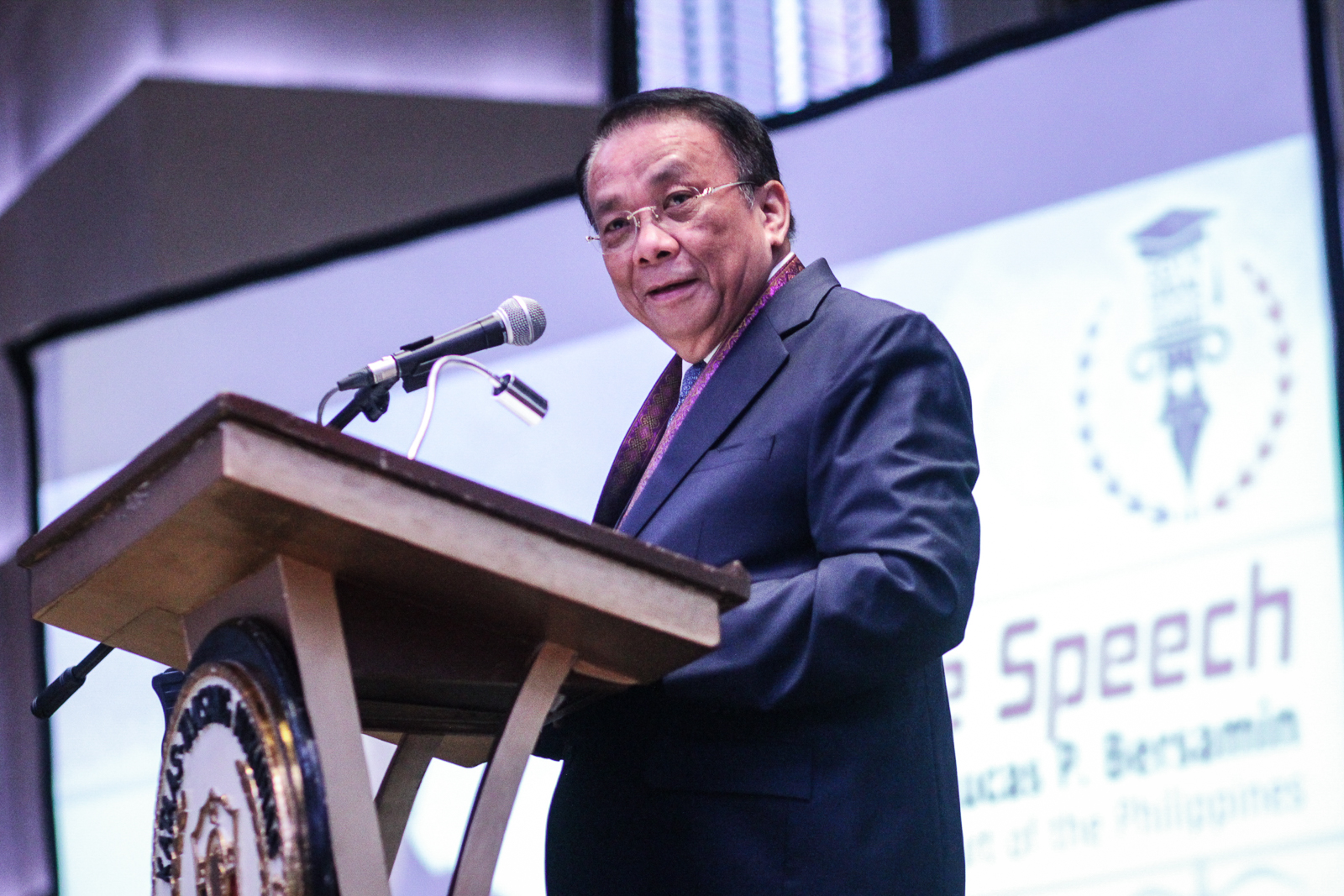 MANILA, Philippines – Retired chief justice Lucas Bersamin has reported threats to his security, filing reports in police blotters about being tailed by a motorcycle and receiving threatening phone calls.

The threats were reported by Philippine Star citing blotters filed before the Quezon City Police District’s Criminal Investigation and Detection Unit, where Bersamin said his vehicle was tailed by two men on board a motorycle on Sunday, November 10, and that he received threatening phone calls just after he retired on October 18.

“He was his normal self-confident self. I guess coming from a political family, they have encountered this scenario before and they would know how to handle it,” Hosaka added.

The retired chief justice belongs to the political clan Bersamins of Abra. Bersamin’s brother, former Abra representative Luis “Chito” Bersamin, was shot in the head in 2006. Political rivalry was seen as the motive.

Justice Secretary Menardo Guevarra has offered the help of the National Bureau of Investigation (NBI).

“If former CJ Bersamin needs protection from the NBI, or he wants to investigate where the threat is coming from, we will help,” said Guevarra.

There have been at least 44 members of the legal profession, including judges and prosecutors, killed since the start of President Rodrigo Duterte’s administration.

Chief Justice Diosdado Peralta is pushing for the creation of judicial marshals to secure court personnel, and be the lead law enforcement and investigative agency in court-related offenses. – Rappler.com