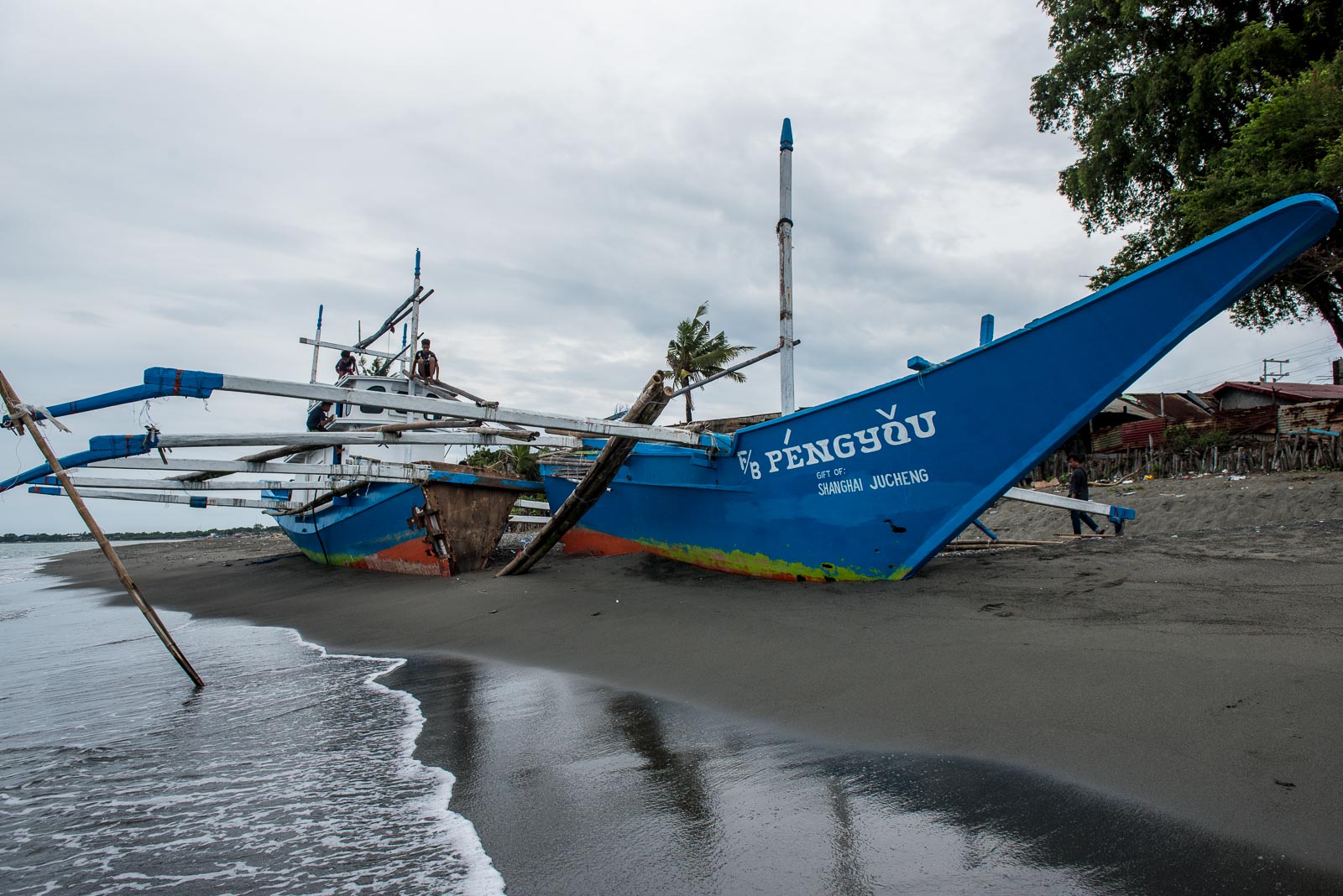 OCCIDENTAL MINDORO, Philippines – A fishing boat given as a gift by the Chinese was supposed to be a new start for the 22 fishermen of Philippine fishing boat Gem-Ver. But on the shores of a barangay in San Jose, Occidental Mindoro, the F/B Pengyou laid in ruin – its body ripped in half, its hull buried deep in the sand.

Pengyou had been battered one stormy night in early November, as fierce winds spawned by Typhoon Quiel (Nakri) pulled it from its berth in Barangay San Roque.

Strong waves then flung it kilometers away onto the shores of Barangay Pag-asa. Its residents saw the boat ashore at around 10 pm, a crack running down at the center of its hull. Typhoon Quiel entered the Philippines on November 5 and left the country on November 9.

Overnight, strong waves pounded the shores of San Jose where Pengyou laid. By morning, residents woke to see the boat torn in half, the stormy night leaving it in complete disrepair.

By Thursday, November 14, Pengyou’s wrecked frame was nothing now but a playground for children to swing and jump through, while other residents picked the boat apart piece by piece. 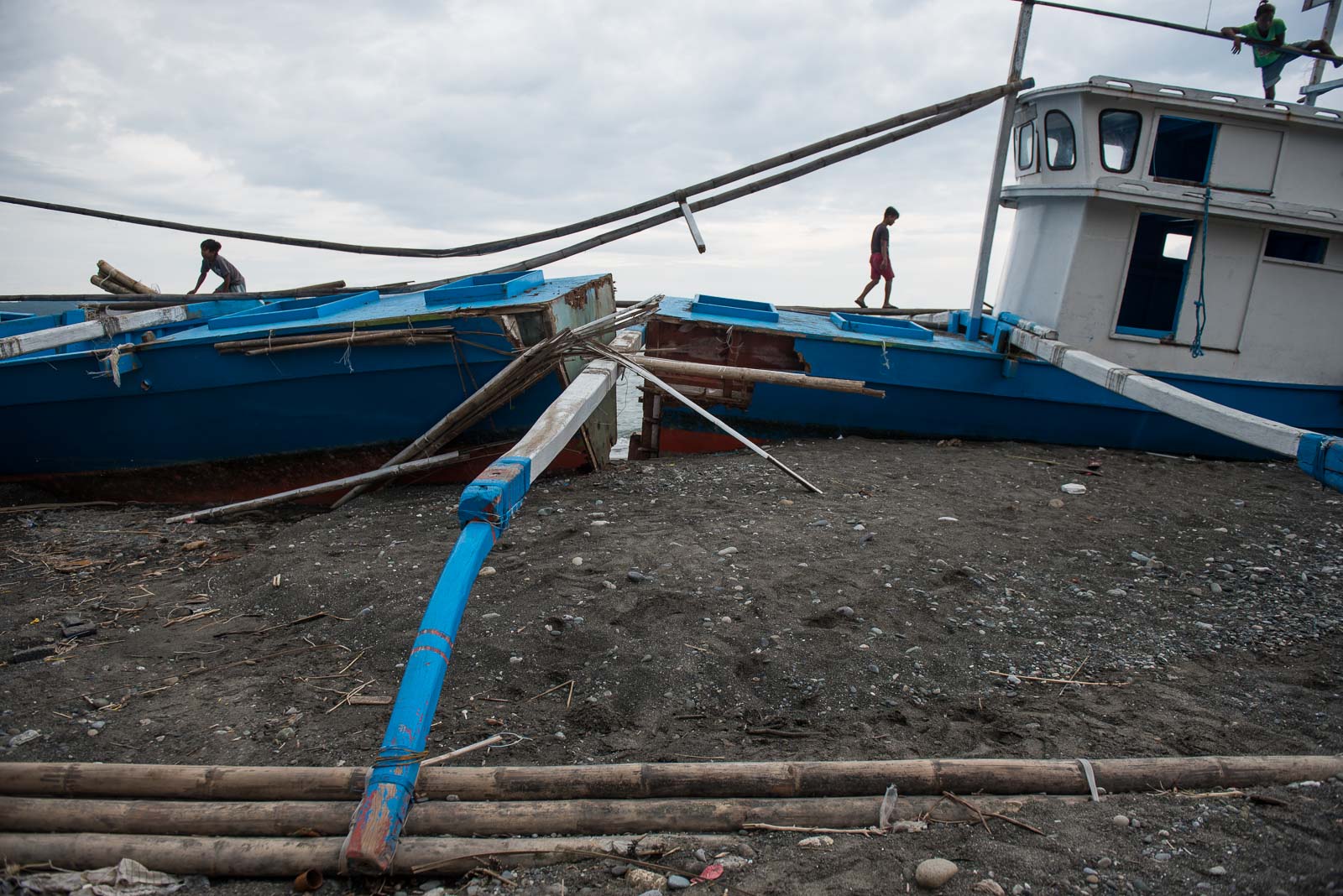 Yet Pengyou had long been damaged even before strong waves ripped it in half.

The F/B Pengyou had only been with the crew of Gem-Ver for less than two months. They received it last September 22, during a turnover ceremony in Batangas, hosted by President Rodrigo Duterte’s special envoy to China Ramon Tulfo.

The F/B Pengyou was a gift from China-based company Shanghai Jucheng Group after the owner of the Chinese boat that rammed, sank, and abandoned Gem-Ver in Recto Bank apologized for the collision, albeit months after it took place. Pengyou means “friend” in Mandarin.

The men of Gem-Ver expected to get a new vessel from China, but Pengyou turned out to be a battered 14-year-old boat from Calatagan, Batangas. When they first saw the second-hand craft, the fishermen were shocked to see its poor condition. 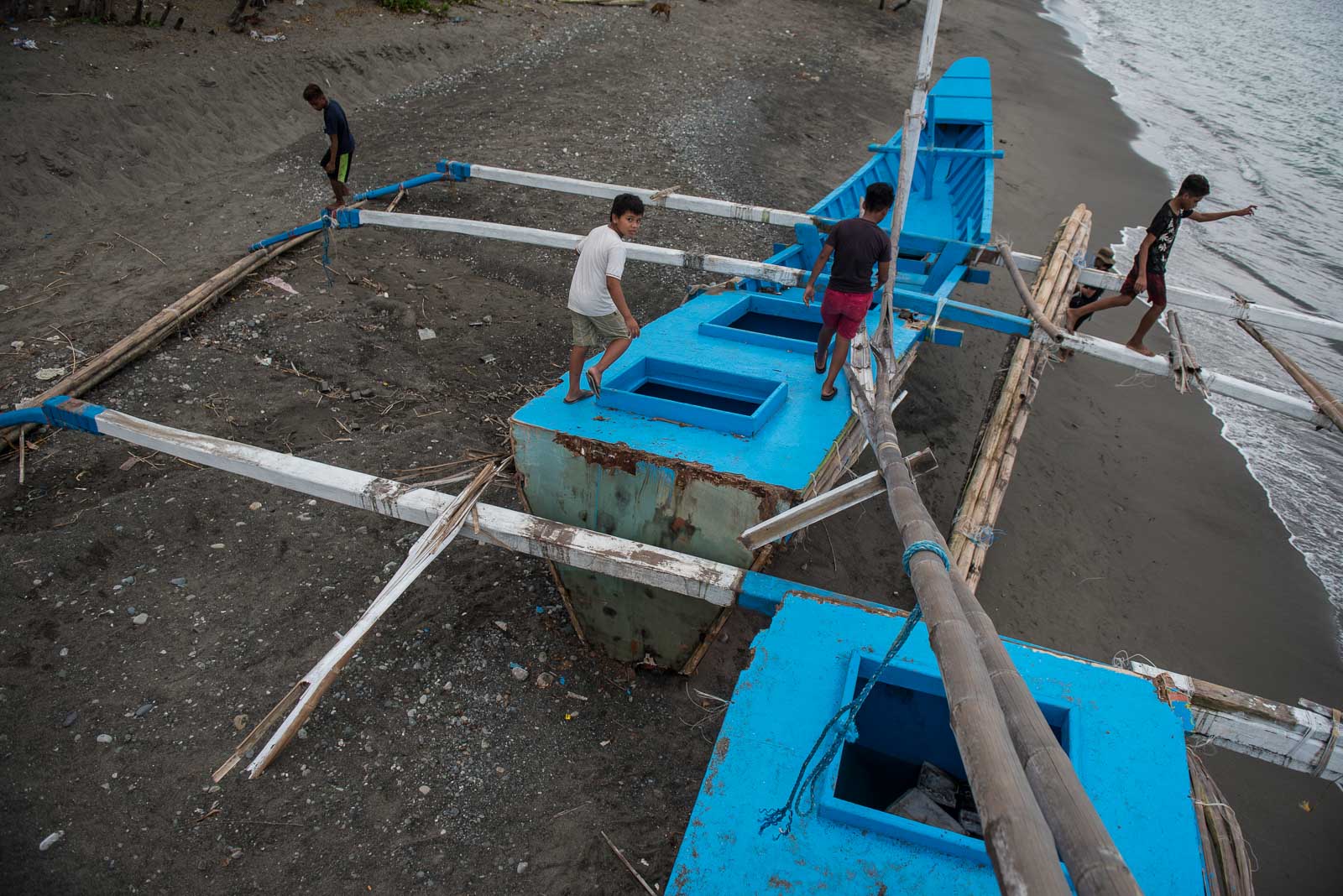 (When we were in Batangas, we said that it couldn’t be used to fish because it needed to be fixed and its materials were of poor quality. It can’t be used in the West Philippine Sea because we saw a crack in its side. It’s like it was about fall apart. I said it couldn’t be used.)

Still, they had wanted to restore it as they hoped for more aid to come in. After what happened in Typhoon Quiel, though, the fishermen said it was now cheaper to buy a new boat than try to fix Pengyou.

(It’s already split. It’s there by the shores of Barangay Pag-asa. You can only make use of its engine, but that engine is already buried in sand.) 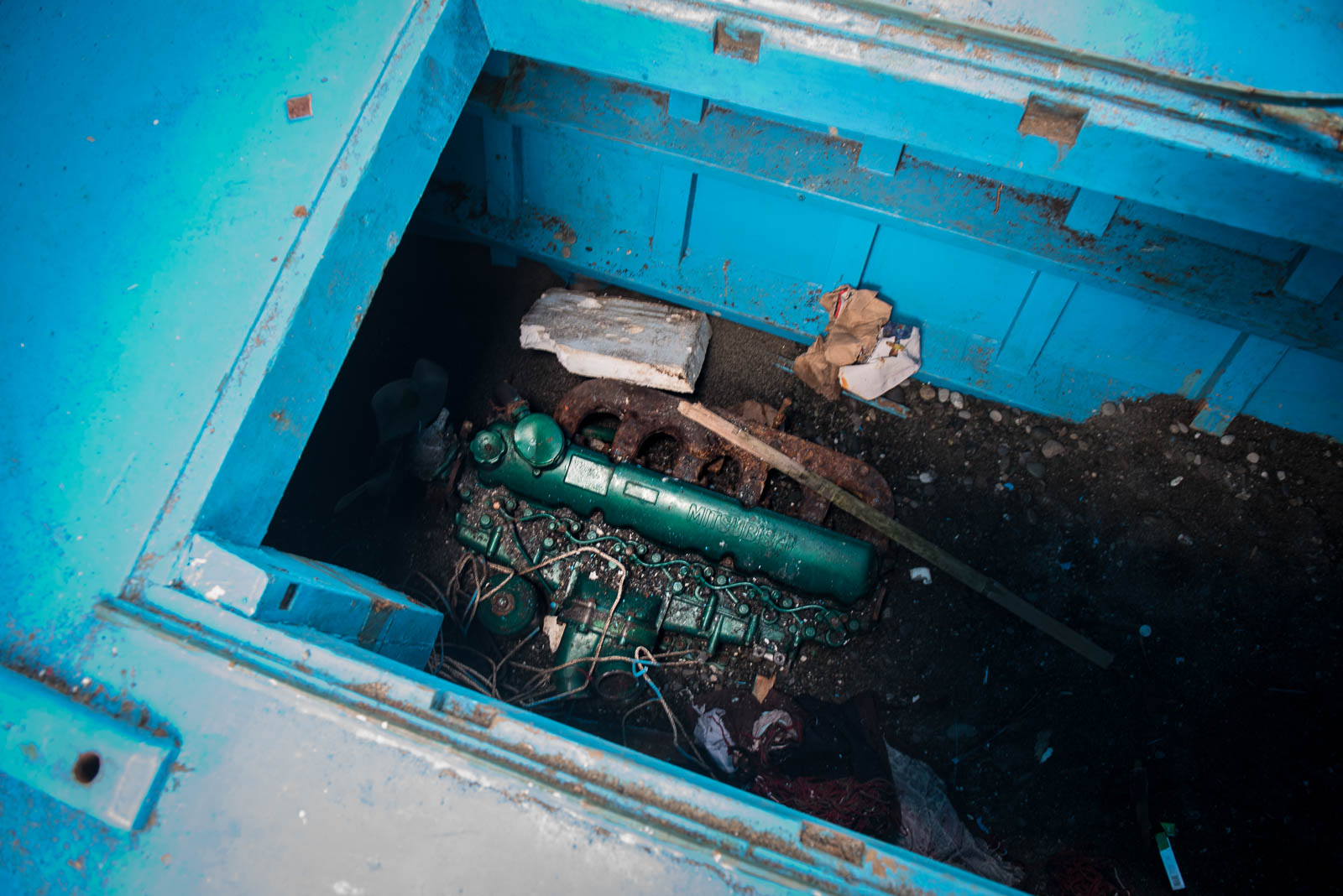 Bureau of Fisheries and Aquatic Resources Mimaropa Regional Director Elizer Salilig said they were requesting for a new, sturdier boat from the Chinese company.

(You cannot blame the Gem-Ver fishermen because what they were supposed to receive was something that they would only need to repair for a few days before heading out to sea again.)

Until then, the Pengyou remained stuck on the shores of Barangay Pag-asa as Gem-Ver’s men wait for their next fishing voyage. 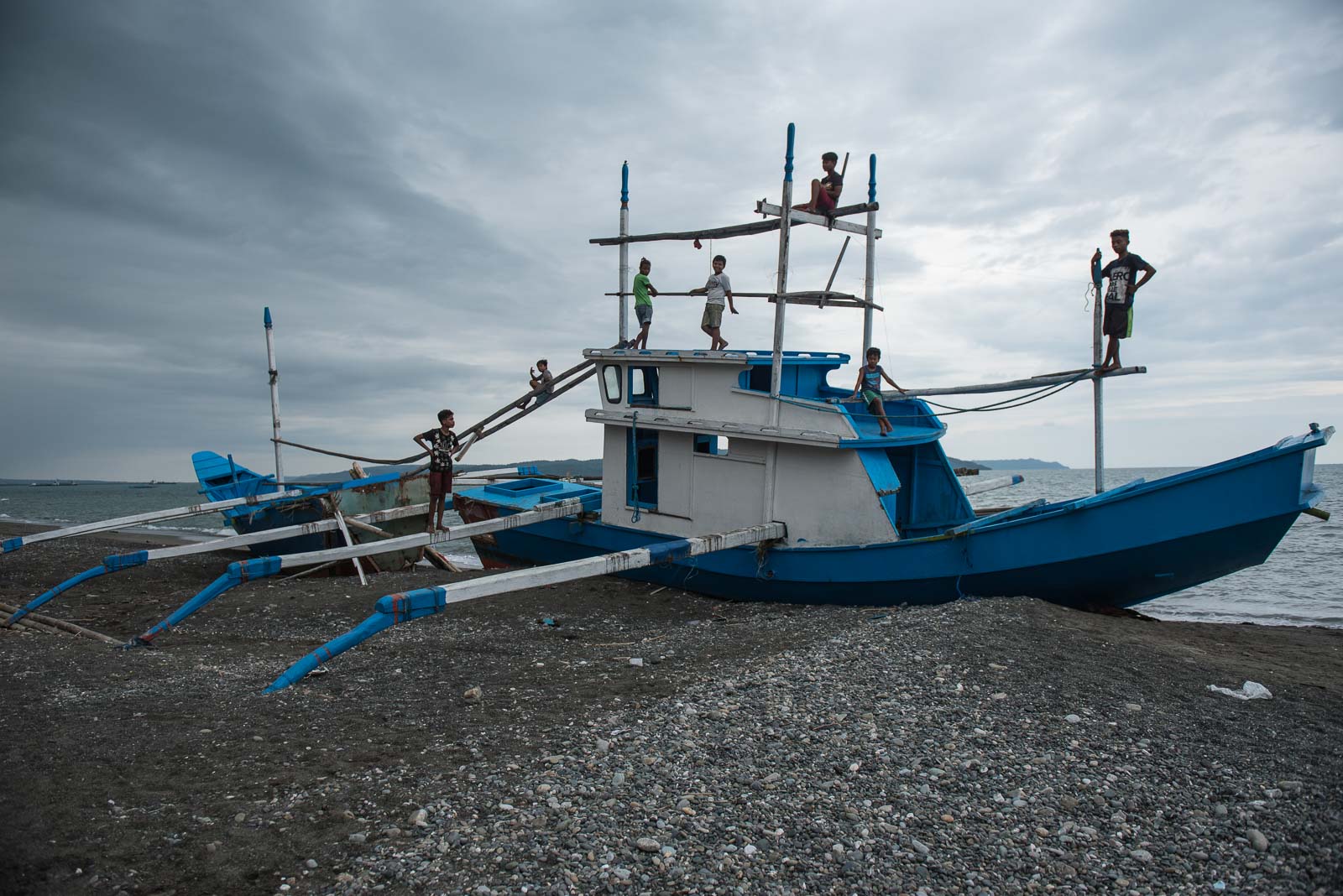