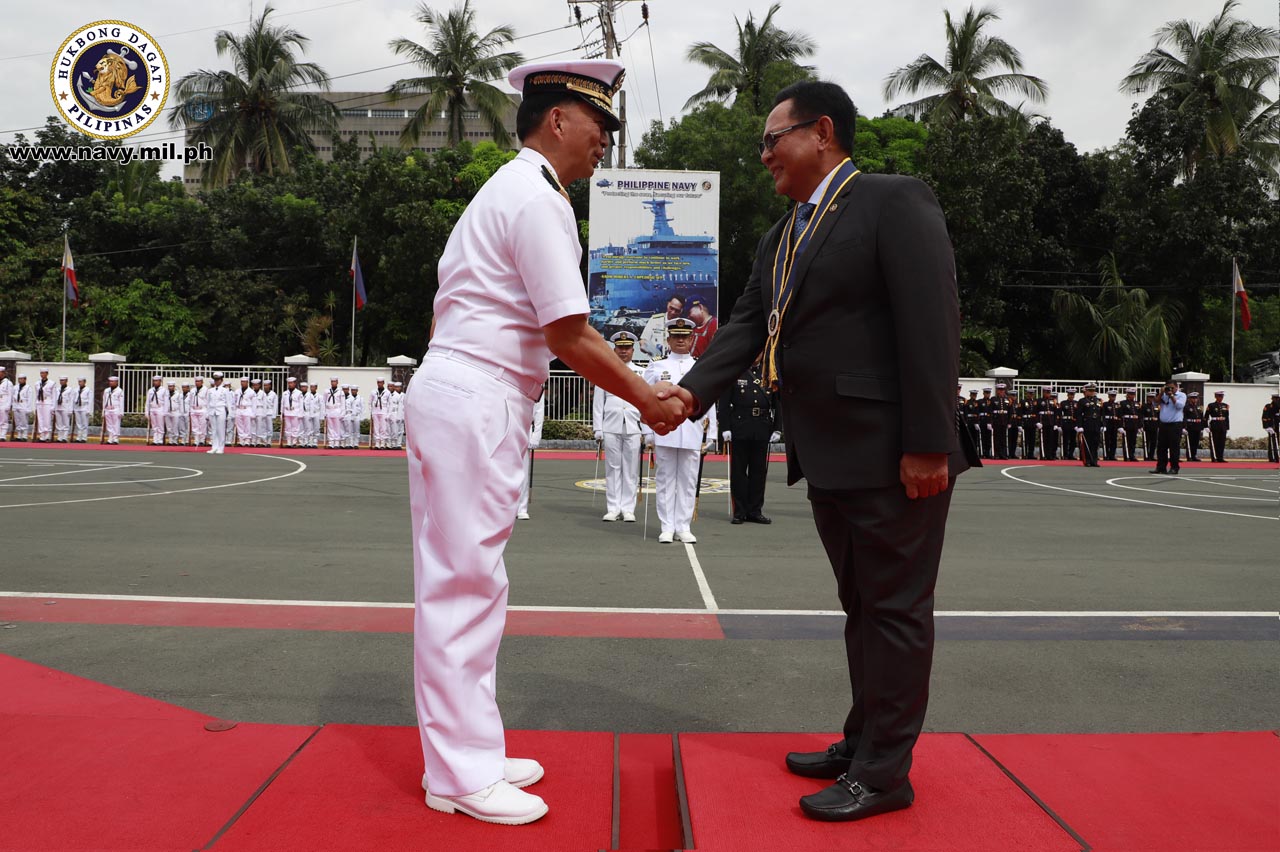 MANILA, Philippines – The Philippine Navy and the Cagayan Economic Zone Authority (CEZA) on Wednesday, November 14, formalized a plan to build a naval detachment on Fuga Island in Cagayan province, where a Chinese company plans to build a “smart city.”

The government started planning to establish a naval presence on Fuga Island in August, after the Navy pointed out the national security risks involved in leasing the island to a Chinese company.

Fuga Island is part of the Babuyan archipelago, the Philippines’ second northernmost island group. It lies on the cusp of the West Philippine Sea and the Pacific Ocean, and near the sea border with Taiwan, which the Philippine government considers a province of China under the One-China Policy.

Chinese company Fong Zhi Enterprise Corporation is set to build a “smart city” worth $2 billion on Fuga Island based on an agreement with the island’s Philippine owner, Isla Fuga Pacific Resorts.

Defense Secretary Delfin Lorenzana earlier said Chinese plans to build economic and tourism zones on Fuga Island, as well as on Grande and Chiquita islands in Subic Bay, would make the Philippines vulnerable to Chinese spying.

The Chinese might also use the islands to stage “adverse actions” within Philippine territory, Lorenzana had said.

In September, National Security Adviser Hermogenes Esperon Jr revealed plans to build 13 lighthouses on islands in the Babuyan and Batanes island groups as a subtle way of asserting Philippine sovereignty in the area.

China asserts its spurious claim of ownership over the West Philippine Sea that was refuted by an international arbitral ruling in July 2016. The maritime law-based ruling instead affirmed the Philippines’ sovereign rights in the vast, resource-rich, and strategic waters.

Nevertheless, Chinese coast guard, naval, and research vessels have criss-crossed and even patrolled the West Philippine Sea mostly unchallenged, highlighting the need to beef up the capabilities of the Philippine Navy and the Philippine Coast Guard.

“The Philippine Navy is very thankful to Secretary Lambino and his team for agreeing to expand the previous memorandum of agreement, and effectively accommodating more possibilities for the Navy to enhance its capability in safeguarding our northern frontier and at the same time, contribute to the socio-economic development in Northern Luzon,” Empedrad said after signing the document.

Lambino, for his part, said: “The geographical configuration of our country requires an active Philippine Navy. As a Filipino and as an Ilocano, together with Vice Admiral [Empedrad], we are going to make Northern Luzon an area where the Philippine Navy can be most effective in protecting our country and our people.” – Rappler.com