Nov 14, 2019 4:19 PM PHT
Aika Rey
Facebook Twitter Copy URL
Copied
'What we're saying is that maybe the original 75 flagship projects were not well-thought-of so that we revise them in the middle of the stream,' says Senate Minority Leader Franklin Drilon 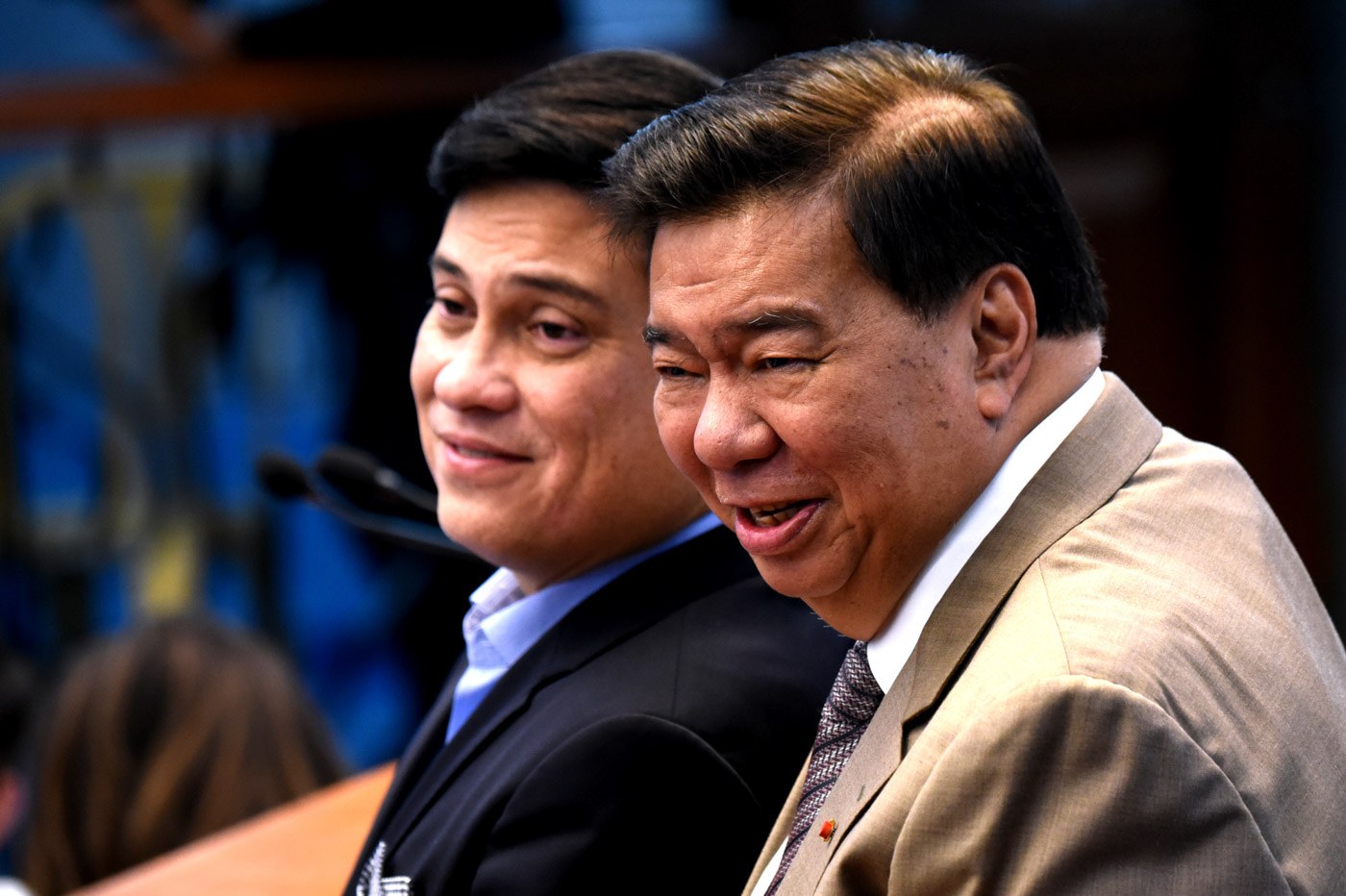 MANILA, Philippines – As the government revised its list of flagship projects for the Build, Build, Build infrastructure program, Senate Minority Leader Franklin Drilon raised the point that some projects included in the new list were already under ongoing construction.

“Hindi naman siguro cosmetics ito, ano? Para at the end of the administration we can claim, ‘Of the original 100 projects na nabuo namin ang ganitong numero’ pero sa katunayan isinama lang on the 4th year of this administration,” Drilon said.

(Is this cosmetics so that at the end of the administration we can claim, “Of the original 100 projects, we were able to complete this number [of projects]? But in reality these projects were just added towards the end of the 4th year of implementation.)

Among the ongoing projects included in the DPWH list are the Boracay Circumferential Road, NLEX-SLEX Connector Road, and SLEX Toll Road 4.

Senator Juan Edgardo Angara, the DPWH’ sponsor during the budget deliberations, said in response that the projects added were “very real projects” that will be making “real contributions.”

In response, Drilon said: “We are not disputing that. Indeed, it will [have real contributions]. What we’re saying is that maybe the original 75 flagship projects were not well-thought-of so that we revise them in the middle of the stream.”

Angara then called the original list of 75 flagship infrastructure projects as an “initial list” to the revised one.

In 2017, NEDA identified 75 projects under the Build, Build, Build program considered as “high-impact.” These projects were under the public works, transportation, energy, and agriculture departments.

Angara had explained the projects that were taken out of the new list as these had a “low economic rate of return.”

Drilon then asked, “If they had a low economic rate of return, why were they included in the first place?”

Angara explained that no feasibility studies were conducted, but a “basic one” only when it was presented for approval: “Initially, they appeared attractive, your honor.”

Later during the hearing, the DPWH’s proposed budget for 2020 was approved by the Senate plenary. Under the chamber’s version of the general appropriations bill, the DPWH budget amounted to P530.12 billion.

Days earlier, Drilon had blasted the Duterte administration on Tuesday, November 12, for the “dismal failure” of the Build, Build, Build infrastructure program, as there were only 9 projects with ongoing construction. The same figure can be found on the National Economic Development Authority data as of October 15.

Rappler was able to obtain the list of the 100 flagship projects and found that some projects on the new list had begun construction even before the Duterte administration came in. (READ: Duterte’s golden age of infrastructure will have to be completed by next president) – Rappler.com