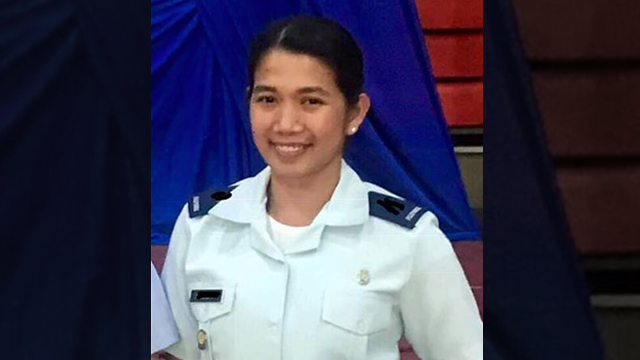 MANILA, Philippines – A female military nurse was stabbed to death by a 19-year-old boy, who allegedly robbed her in Makati City early Thursday morning, November 14.

The suspect was John Louie Brosas, 19, a construction worker, of Barangay Martirez, Pateros.

According to a police report, Brosas stole Aguilar’s phone while she was waiting for a jeepney along Road 2 in Barangay Comembo at around 2 am.

Sargent Norberto Capilitan, a member of Philippine Army, rushed her to the Ospital ng Makati (OsMak) after seeing her lying on the ground in front of his house.

In a follow-up operation, the cops learned that Brosas was seen running away from the crime scene.

The cops went to the construction site where the suspect was working and apprehended him there after two hours.

Retrieved from the suspect was the cell phone of Aguilar. Ines said he also admitted stabbing the victim in the chest.

During the scuffle, the suspect said Aguilar tried to hit him using a steel pipe, saying that was why he stabbed her twice in the chest.

Gideon said they learned that Aguilar had been helping Brosas as he seemed very pitiful.