Army appeals release of 31 arrested in crackdown on progressive groups

Nov 15, 2019 9:42 AM PHT
Marchel P. Espina
Facebook Twitter Copy URL
Copied
The 31 include 21 laid off workers of a bus company and 10 young members of a grassroots cultural group 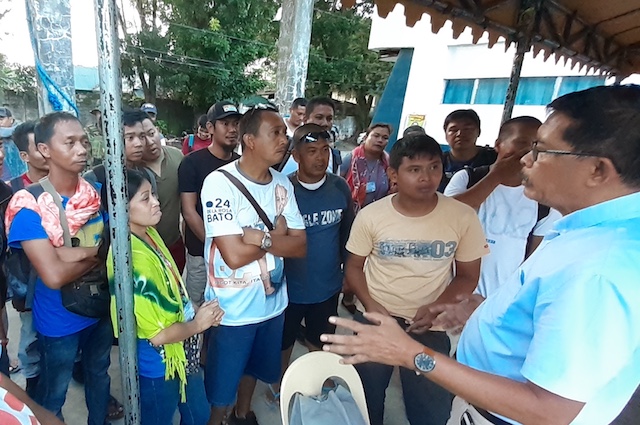 BACOLOD CITY, Philippines – The military has appealed the release of the 31 individuals who were among those earlier arrested during the raids on the offices of progressive groups here.

Pancito said the motion was filed after their lawyers reviewed the decision of the prosecutor, who “dismissed it (the case) outrightly.”

The 31 were among the 55 persons, including the 13 minors, who were rounded up by the police following the simultaneous raids on October 31. The Army and the police claimed the compound served as a “training area” for young rebel recruits.

Last week, the Bacolod City Prosecutor’s Office ordered the immediate release of the 31 – 21 laid off workers of a bus company and 10 young members of grassroots cultural group Teatro Obrero – for lack of probable cause.

Pancito said on Thursday that it should have been the court, not the prosecutor, that decided the participation of the 31 individuals as a cache of firearms and explosives were recovered during the raids.

He stressed that the presence of the 31 in the areas where the raids were conducted is “tantamount to the commission of the crime even if they did not directly commit the crime.”

Pancito pointed out their presence there was not incidental and a case should have been filed to “let the court decide the gravity of their participation.”

Jose Max Ortiz, counsel of the 21 terminated workers, earlier said the resolution confirmed that his clients were indeed innocent and that they were only there because they want to consult with militant labor group Kilusang Mayo Uno on their labor dispute with their previous employer.

The prosecutor, meanwhile, recommended the filing of the charges against the remaining 11 suspects, 4 of whom had posted bail this week. The 13 minors were released to their parents and guardians last week. – Rappler.com