Nov 15, 2019 6:35 PM PHT
JC Gotinga
Facebook Twitter Copy URL
Copied
The military deny that they are cracking down on progressive groups, whom they call 'communist terrorists' and whose offices they have raided in recent weeks 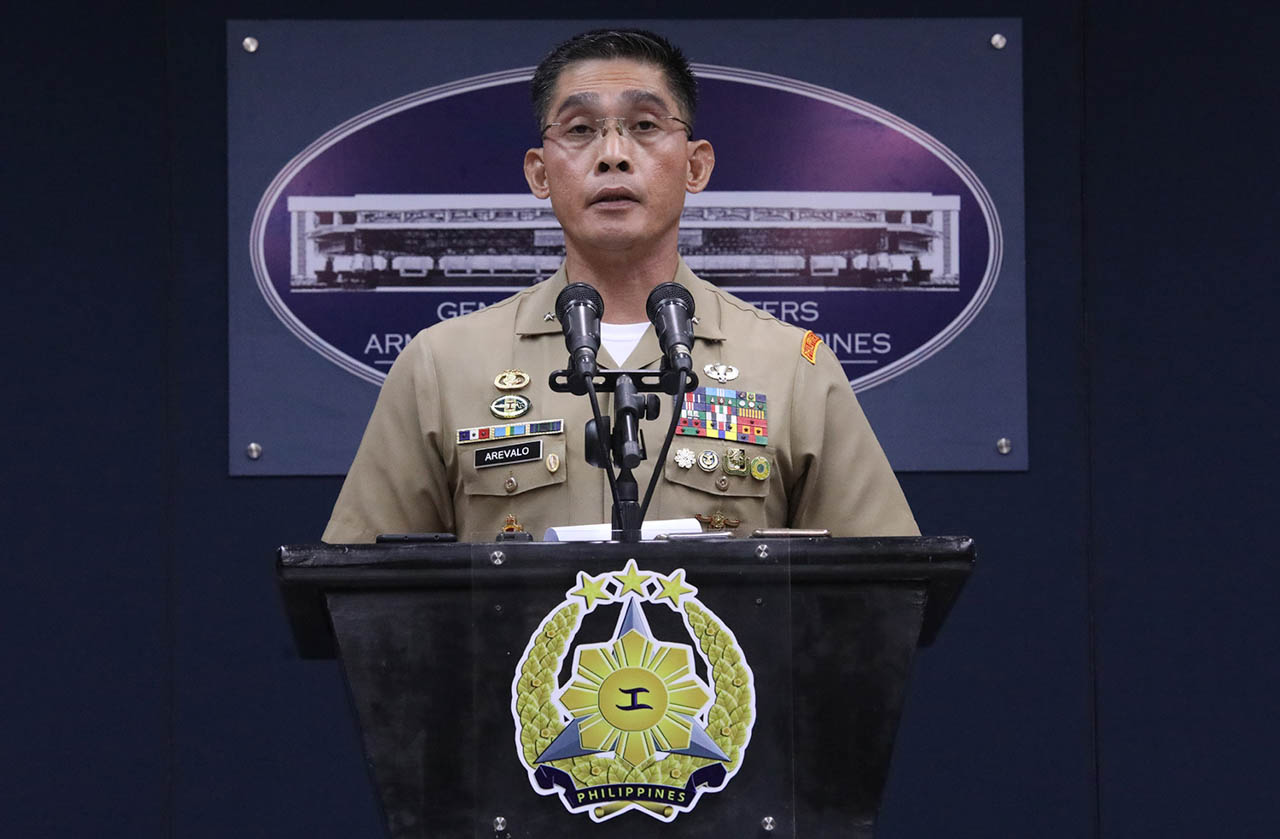 MANILA, Philippines – The Armed Forces of the Philippines (AFP) called for dialogue after a group of lawmakers at the House of Representatives “demanded” an end to the military’s “crackdown on progressive groups and the opposition.”

In the same breath, the military slammed the progressive groups’ accusations of red-tagging, harassment, and planting of incriminating evidence as “propaganda,” and called them “communist terrorist groups” or “CTG.”

“Amidst this glaring CTG propaganda, we invite well-meaning individuals and groups to sit down with us. We intend to discuss what we have been saying all along about CTG infiltration; of left-leaning organizations that are wittingly or unwittingly being used as conduits in the transfer of funds from foreign funding agencies to the CTG; the recruitment of minors to be NPA cadres and fighters; the exploitation of issues involving women and children or the alleged abuses of human rights and of indigenous peoples,” AFP Spokesperson Brigadier General Edgard Arevalo said in a lengthy statement sent to reporters on Friday, November 15.

On Thursday, November 14, 64 members of the House of Representatives signed a petition to end “attacks” against progressive organizations, including party-list groups represented by 6 Makabayan lawmakers in the 18th Congress.

“We, members of the House of Representatives, air our growing concern on the ongoing crackdown against progressive groups like the Makabayan bloc and the opposition,” the petition read.

“We are united in expressing our concern on the attacks on the elected representatives, members, and supporters of the Makabayan bloc, and demand that these be stopped immediately. Such attacks have no place in a democracy,” the lawmakers said, adding that the bloc fulfills a constitutional role as the administration’s fiscalizers.

The military and the Department of National Defense earlier included the Gabriela Women’s Party, represented in the House as a party list, among 18 organizations they said were legal fronts of the Communist Party of the Philippines-New People’s Army (CPP-NPA).

Security officials said the CPP-NPA used such organizations to get foreign funding under the guise of humanitarian aid, and to recruit young people in schools, colleges, and universities.

Earlier this month, police and military operatives raided offices of progressive groups in Manila and Bacolod City, arresting dozens of their members whom they accused of possessing illegal firearms.

The suspects accused their captors of planting the firearms, ammunition, and explosives supposedly found in their possession, which the military denied.

“Though the AFP takes exception to charges of ‘crackdown’ or ‘attacks on progressive groups’ and of ‘planting of evidence’ by some individuals, their freedom to express their views is a constitutionally vested right that the AFP respects, upholds, and defends,” Arevalo said.

“But we as protector of the people and securer of the state [have] to pursue that duty likewise mandated to us by the Constitution,” he added. – Rappler.com