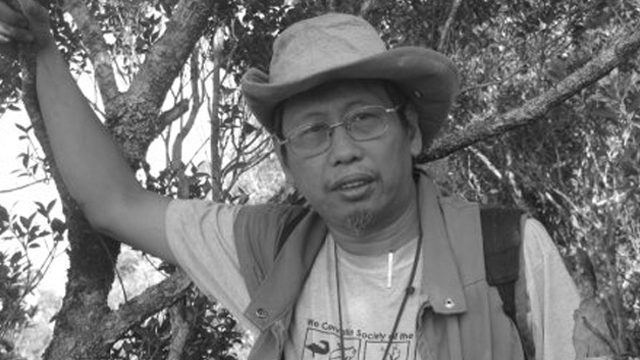 MANILA, Philippines – 17-year-old Linnaea was named after a flower.

Her father was Leonard Co, the country’s most respected botanist who spent decades researching the flora of the Philippines.

Linnaea last saw her father 9 years ago, when they cremated his bullet-ridden body after he and two of his guides were shot to death in Kananga, Leyte, where they were studying the indigenous trees in the area.

The volley of shots came from soldiers of the Philippine Army’s 19th Infantry Battalion (IBPA) who mistook Co’s group for members of the New Peoples’ Army (NPA). (READ: Soldiers liable for death of botanist in Leyte)

(It’s painful that there’s still no justice. Justice is so hard to get in the Philippines in spite of the fact that we have a witness and proof.)

“I guess it’s true that in the Philippines, justice is only for those who have a lot of money,” lamented Linnaea.

“It’s extremely difficult, but we do it for the sake of pursuing justice,” Glenda said.

Of the 38 soldiers involved from the 19th IBPA, 9 are currently being tried for murder after ballistics analysis showed that they fired the lethal bullets.

According to Giovanni Tapang, dean of the University of the Philippines College of Science, environmentalists in the Philippines risk their lives every time they go out in the field.

“Now, we call for justice not just for Leonard but for all slain environmental defenders like him,” said Tapang.

According to a recent report, the Philippines is the deadliest country in the world for environmental defenders. – Rappler.com