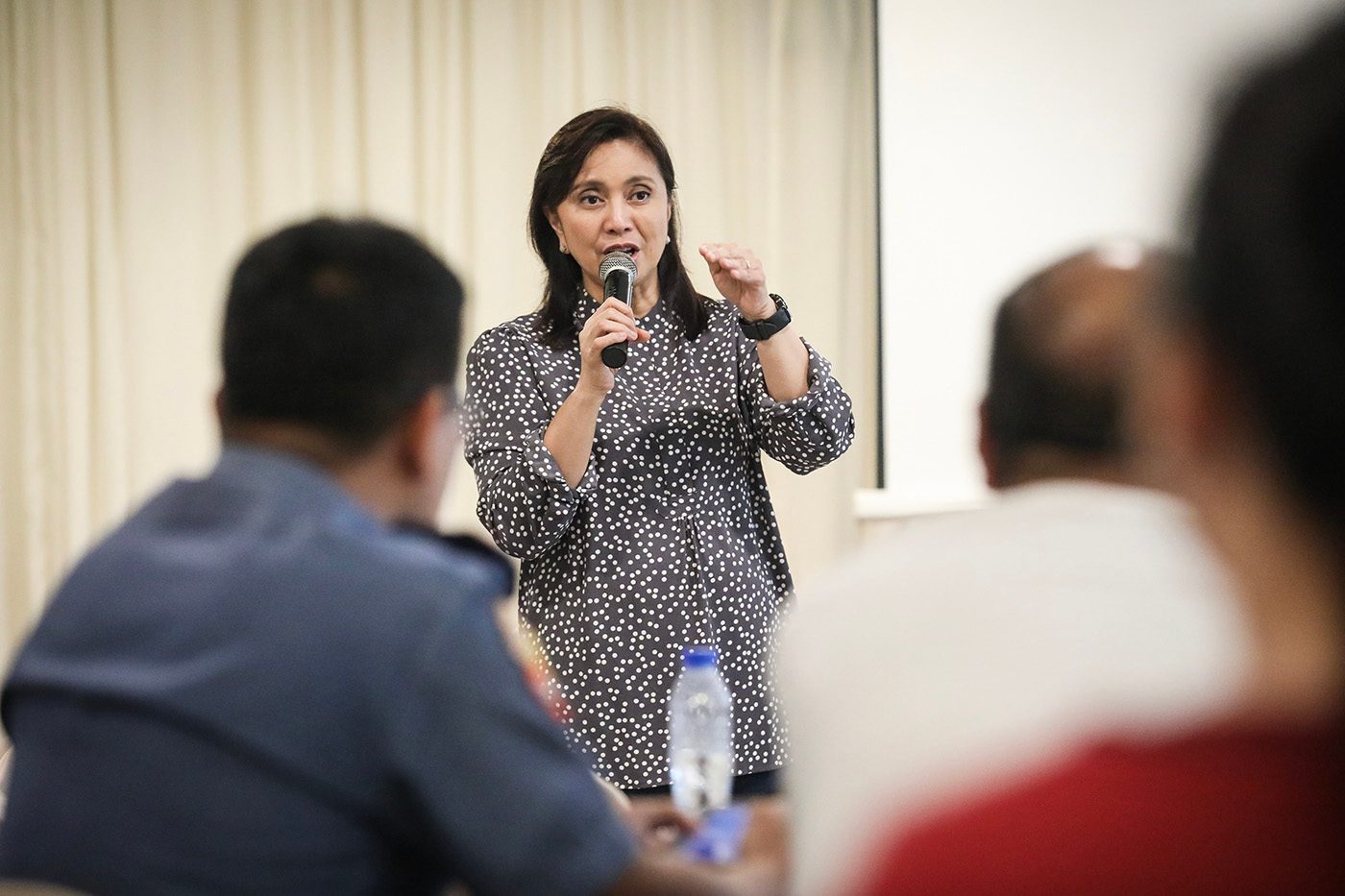 Facebook Twitter Copy URL
Copied
Vice President Leni Robredo says she is aware that her job as anti-drugs body co-chair is limited to policy-making: 'At the end of the day, it's the President who calls the shots.'

On Friday, November 15, Robredo told reporters in Naga City that her office already sent the first report to Duterte.

The President has yet to meet with Robredo about her role as ICAD co-chair, but Presidential Spokesperson Salvador Panelo said Duterte plans to invite the Vice President to discuss the drug war.

This was her response when asked how far she plans to go in reforming Oplan Tokhang, the controversial anti-drugs operations of the Philippine National Police (PNP).

On Friday, Robredo met with officials from the Naga City Dangerous Drugs Board and the members of the City Anti-Drug Abuse Council to get an update on the drug situation in the city.

She said she is aware of the limitations of her job as ICAD co-chair. (READ: 5 fatal obstacles in Robredo’s target of a deathless drug war)

“At the end of the day, it’s the President who calls the shots, because he leads the law enforcement side. But my plan is to send a report with recommendations to the President weekly,” the Vice President said. “I am aware of the limitations of my position. But despite the limitations, I would do everything I believe I can do.”

Panelo said Robredo has the power to stop Oplan Tokhang as ICAD co-chair. The Vice President accepted the post in a bid to stop the killings in the drug war. (READ: The gamble of Leni Robredo)

Oplan Tokhang is the name of the anti-drug operation where the police are suppposed to knock on the doors of suspected drug addicts or dealers and ask them to stop their habit or trade.

But it became synonymous to extrajudicial killings after numerous reports of police barging into houses and killing unarmed suspects and after lists of drug suspects compiled during Tokhang operations led to their deaths. (READ: The Impunity Series) – Rappler.com