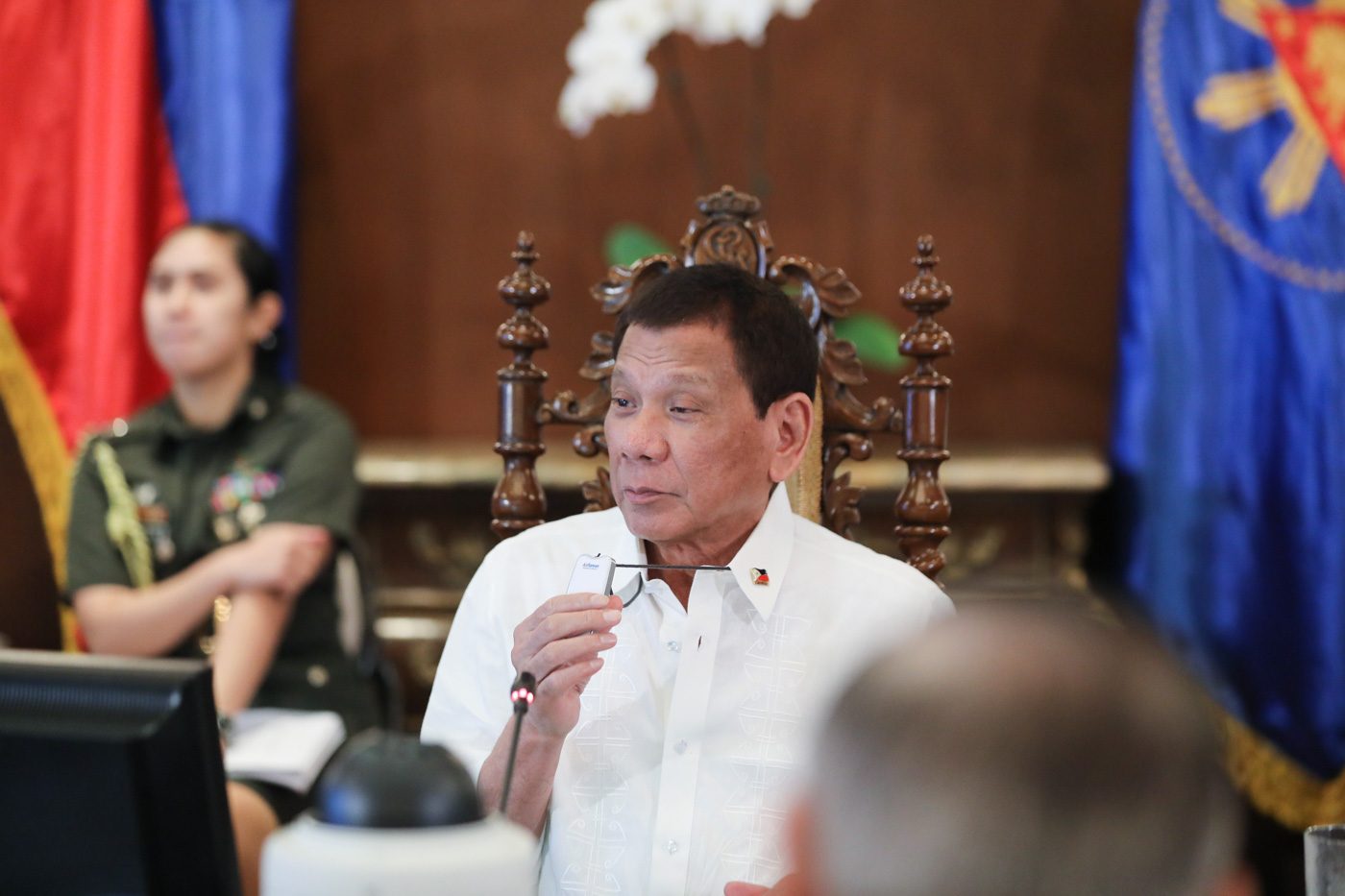 Facebook Twitter Copy URL
Copied
'Why the hesitance to share information as to high-value drug lords and related matters with VP Leni? Are they hiding something?' asks detained opposition senator Leila de Lima

In separate statements, De Lima and Lagman called Duterte’s threat as “utterly unnecessary” and a statement “obvious” with the intention for Robredo to fail in her new position. (READ: 5 fatal obstacles in Robredo’s target of a deathless drug war)

The lawmakers were reacting to Duterte saying on Saturday that if Robredo shares “confidential information” about his popular but bloody anti-drug campaign to foreign entities, he would kick her out as ICAD co-chair on the grounds of illegally sharing “state secrets.”

De Lima and Lagman believe, however, that Robredo—being a lawyer, too, like Duterte—knows what information would and would not compromise national security. They said information about alleged drug lords and records pertaining to alleged abusive killings, the same documents Robredo has been requesting from law enforcement, do not belong in the category.

“No less than Duterte has previously released on several occasions the names of high profile suspects in the drug list which included businessmen, politicians, generals, and police officers, among others,” Lagman said.

She said: “Why the hesitance to share information as to high-value drug lords and related matters with VP Leni? Are they hiding something which is why they are afraid it could be scrutinized? Why impose conditions and limitations on her power as ICAD co-chair?” – Rappler.com