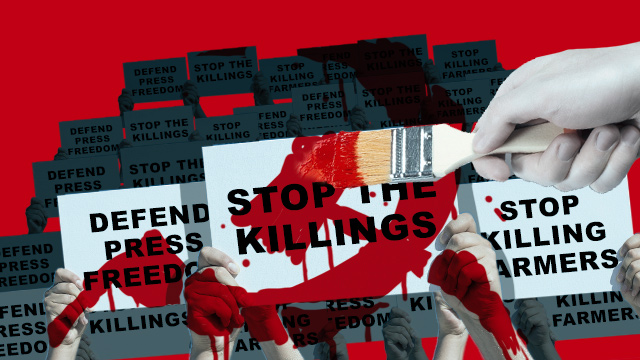 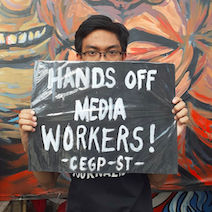 In August, in the second week of the Senate’s witch-hunt into the alleged communist recruitment in universities, Malacañang released a freshly-signed copy of Republic Act No. 11369, the National Students’ Day Act. RA 11369 declared November 17 – observed globally as International Students’ Day – as a national holiday in “recognition of the invaluable contribution of student activism to Philippine democracy.”

The new law have been highly appreciated were it not for the present political situation, where the very President who had endorsed it had also issued Executive Order 70, greenlighting a “Whole-of-Nation” approach targeting legal activists, dissenters, and leftist organizations critical of the regime’s anti-people policies and pronouncements. The Senate – presently dominated by Duterte’s men – has since been engaged in a show of red-tagging student leaders and activists, their teachers, and their academic environments.

While it is important to recognize the turbulent history of student activism in the country, it is much more essential to acknowledge that the travails activists had faced in the country’s past – from colonial regimes, to Ferdinand Marcos’ dictatorship, to post-EDSA governments including Duterte’s – are not exactly things of the past.

Threats and intimidation against progressives continue to exist. The state’s guns are still trained on social activists.

During Martial Law, for example, Liliosa Hilao – the activist and campus journalist who became the first Filipino killed by the Marcos regime – is a name too often mentioned as an example of young Filipinos’ courageous dissent against the dictator. But in our time, we have Alexandra Pacalda – the activist and campus journalist who belonged to the College Editors’ Guild of the Philippines – whom the Duterte regime jailed, and who continues to be in detention after the Armed Forces of the Philippines’ baseless charges that she was engaged in armed rebellion. (READ: Gone too soon: 7 youth leaders killed under Martial Law)

Myles Albasin is another proof. For the “crime” of affiliating with the national democratic organization Anakbayan in Cebu, the military red-tagged her and continued to keep her in detention. In other parts of the country, other student activists have been the subject of unrelenting surveillance, red-tagging, and harassment by the Duterte regime’s forces.

On November 22, 2018, Duterte signed Memorandum Order No 32, further boosting his arsenal of legal ammunition against activists. It seeks to “suppress” lawless violence in Samar, Bicol, and Negros. What had sprouted in its midst, however, was the more sinister Oplan Sauron. True to its name, Sauron buttressed a series of murders, arrests, and raids targetting progressive organizations in Negros, including the one conducted on Halloween. In Bicol, MO 32 led to the death of youth activist Ryan Hubilla, a Grade 12 student. (READ: Death comes unprovoked upon Negros Island)

Duterte’s designation of November 17 as a special holiday to appreciate student activism should be met with heightened resistance, as the irony of this act points to a stark truth: criminalizing dissent is the crime. Duterte is today’s student activists’ berdugo (butcher), much like Marcos, Gloria Arroyo, Jovito Palparan. (READ: WATCH: The ‘Butcher’ is home no more)

Student activists, in their observance of the November 17 declaration, could benefit much more not from listening to Eduardo Año’s timeworn litanies of “communist recruitment” in youth camps, but from revisiting history: Rizal, the ilustrado band, and Bonifacio’s Katipunan paved the way for the first anti-colonial movement that overthrew the Spaniards. Activists also kept nationalist fervor burning throughout the American and Japanese occupations. During the Marcos era, Kabataang Makabayan spearheaded the First Quarter Storm protests that shook the regime to its core, and kept the resistance alive throug 14 dark years, until the EDSA uprising kicked Marcos out of Malacañang in 1986. (READ: [OPINION] Activism as the foundation of the university)

And up to now, young activists continue to stand in Lean Alejandro’s “line of fire, place of honor.” – Rappler.com