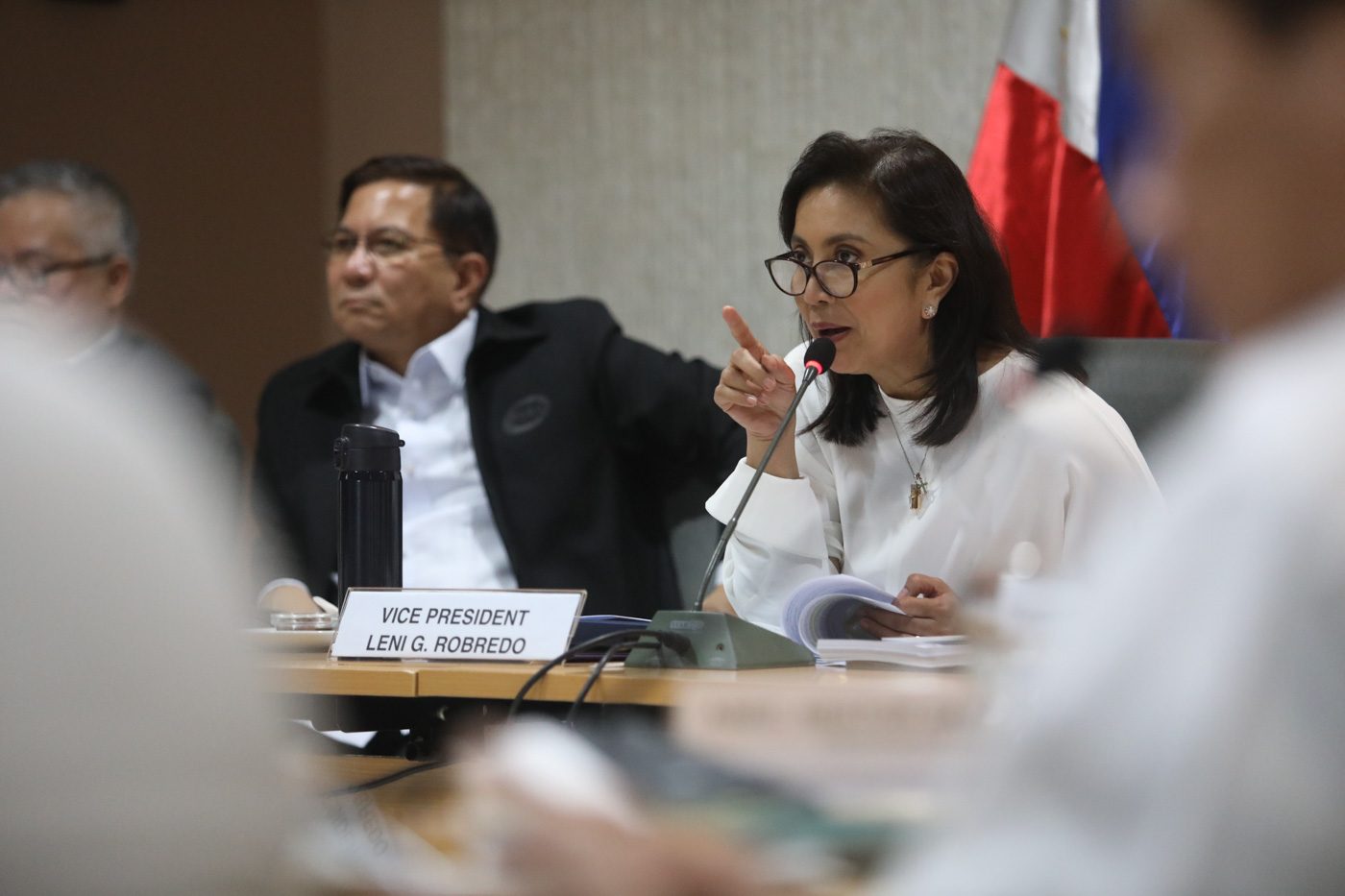 MANILA, Philippines –  Vice President Leni Robredo gave assurances that state secrets will not be leaked to foreign investigators, as President Rodrigo Duterte threatened to fire her if she aids probes against the administration’s drug war.

In an interview with GMA News on Saturday, November 16, Duterte said that Robredo cannot share “classified matters” or else she would be stripped of her anti-drug czar post.

Malacañang later clarified Duterte’s statements as saying that “disclosing classified information of the Philippine Government to foreign individuals and entities will cause the removal of the Vice President from her current post.”

Other agencies also had reservations to share drug intel with the Vice President. Robredo’s co-chair, Philippine Drug Enforcement Agency (PDEA) chief Aaron Aquino, said there was also no need for the Vice President to obtain a list of high value targets, saying it is not the Inter-Agency Committee on Anti-Illegal Drugs’ mandate. – Rappler.com