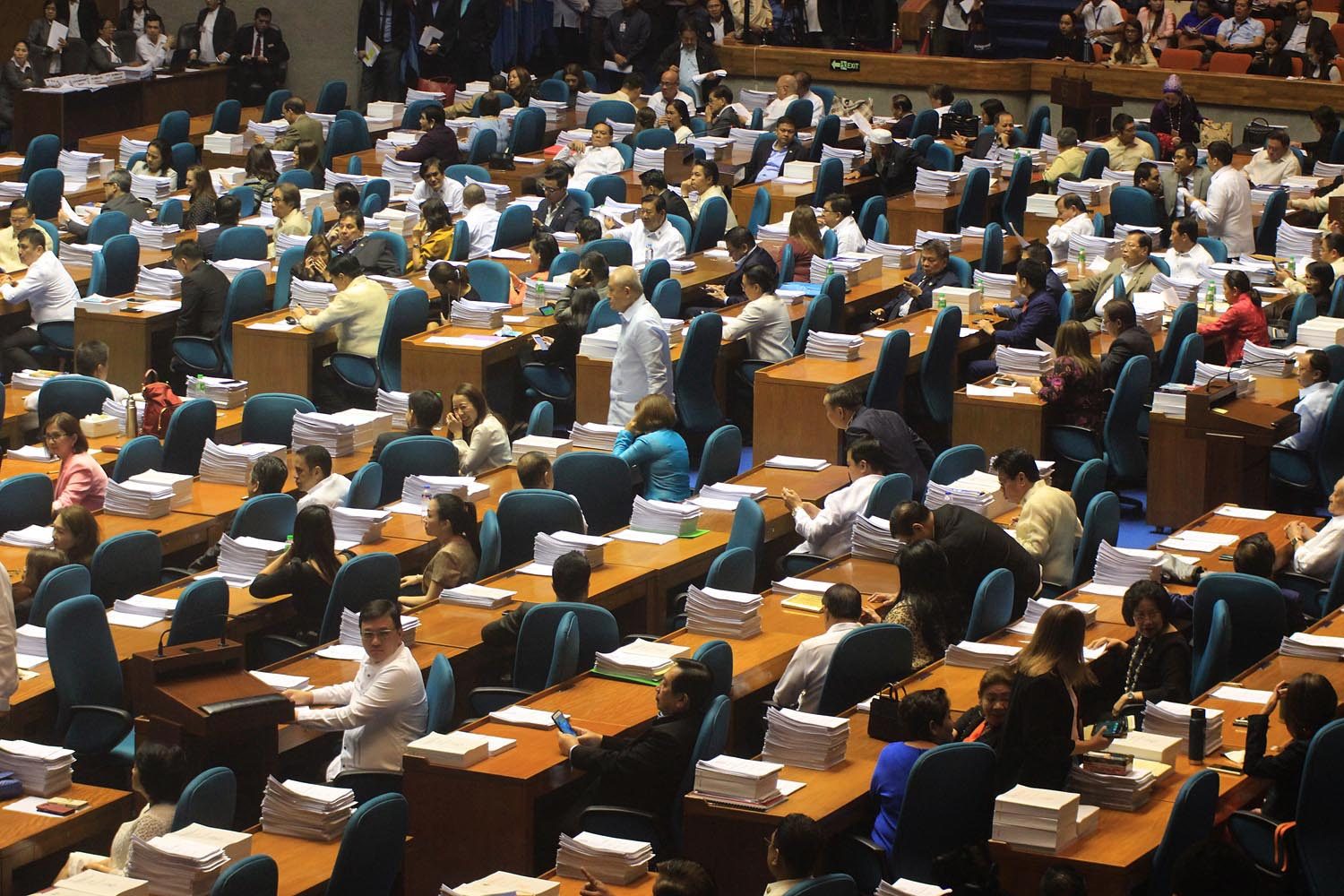 Facebook Twitter Copy URL
Copied
Lawmakers earlier approved a joint resolution on the budget extension, but they turned it into a bill to avoid issues on legality

MANILA, Philippines – The House of Representatives gave the green light to the bill that would extend the shelf life of the current P3.757-trillion budget for 2019 until December 31, 2020.

The measure would extend the life of funds allocated for maintenance and other operating expenses and for capital outlay under the 2019 budget.

HB No. 5437 retained the content of House Joint Resolution No. 19, which the House already passed on 3rd reading on November 4. But more than a week later, the House leadership moved to change the form of legislation to sidestep issues on legality.

A recent Supreme Court ruling on the salary of nurses said a mere resolution cannot change a law like the General Appropriations Act (GAA) containing the budget for 2019.

House Majority Leader Martin Romualdez previously said they wanted to extend the 2019 budget’s validity following the months-long delay in its approval as well as the election ban that had barred the government from spending funds for new projects during the May elections.

The passage of the 2019 budget was hounded by accusations of illegal budget insertions, including the alleged return of pork barrel and the so-called “parking” funds scheme.

The budget deadlock delayed the passage of the 2019 GAA and forced the government to reenact the 2018 budget in the 1st quarter of 2019.

President Rodrigo Duterte approved the 2019 budget only in April, but not after vetoing the controversial multibillion-peso funds under the Department of Public Works and Highways. – Rappler.com