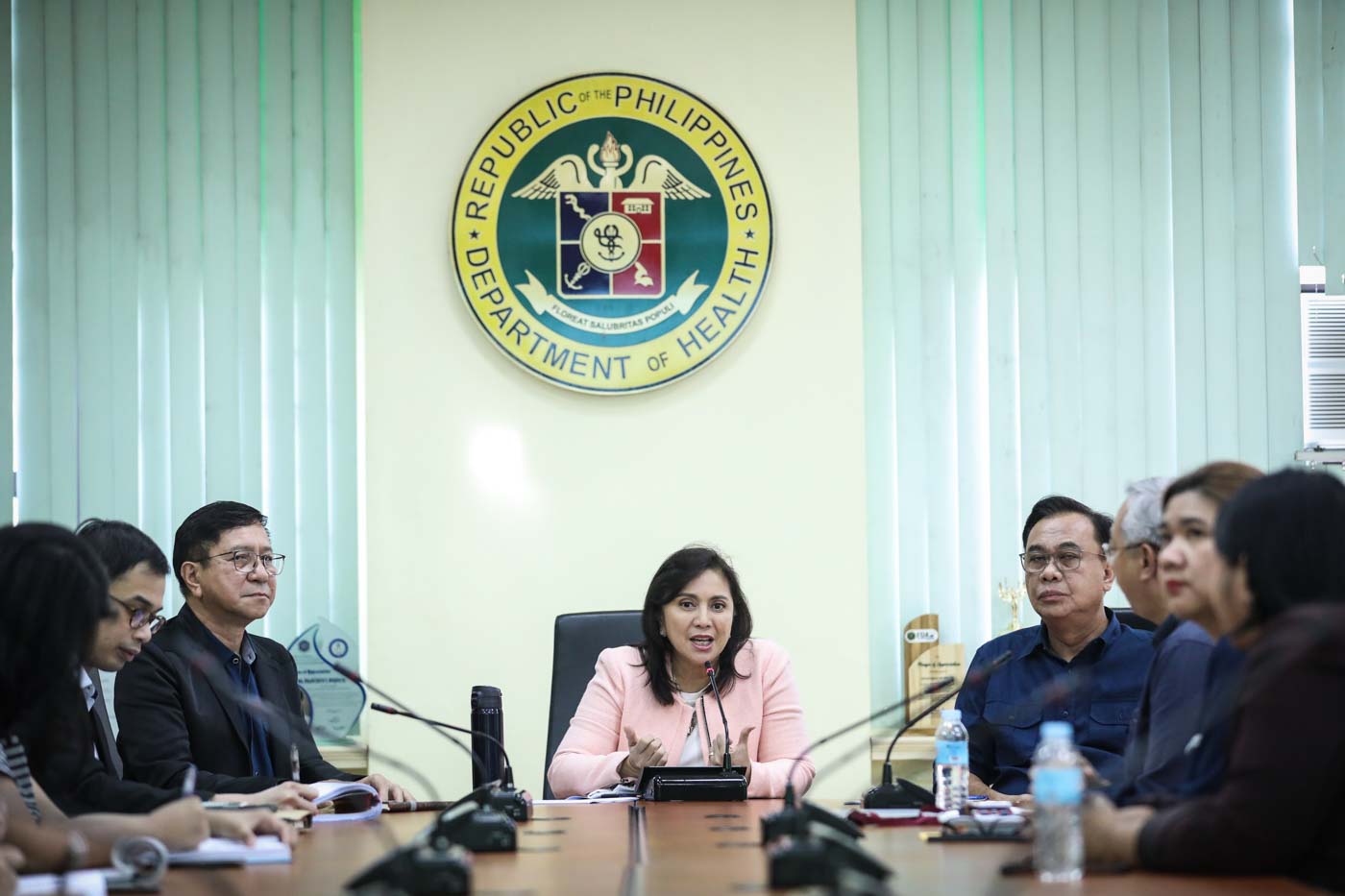 Robredo, as co-chairperson of the Inter-Agency Committee on Anti-Illegal Drugs (ICAD), met with DOH officials on Monday, November 18, to be briefed on the status of the country’s drug rehabilitation efforts.

The Vice President commended the department’s efforts to rehabilitate drug users and pushers, but said the DOH needs more funds to improve its rehabilitation programs.

(I said this during the first ICAD meeting that because of the plea bargaining among users and pushers in rehabilitation centers, the contamination is big. So the request of the DOH is to have a separate facility for users and pushers. We would like to find a way to make that happen.)

Robredo then pushed for a higher budget for the DOH, whose proposed budget of P160.15 billion in 2020 is much lower than this year’s current budget at P169.45 billion. (READ: Over 10,000 health workers could lose jobs due to DOH budget cut – Recto)

(We think the DOH needs higher funds so they would be able to do what they need to do. They need additional human resources. More manpower is needed so meaningful rehabilitation can be done. )

Since accepting the anti-drugs body post offered by President Rodrigo Duterte, Robredo has been meeting with various government agencies as well as local and foreign organizations on how to help improve the anti-illegal drugs campaign.

Robredo, who wants a deathless drug war, will be submitting weekly recommendations to Duterte. (READ: The gamble of Leni Robredo)

The President already warned Robredo that he would fire her as ICAD co-chair if she aids investigations that are against him. The Vice President then gave the assurance that state secrets will not be leaked to foreign investigators. – Rappler.com