P1.5 billion worth of SEA Games funds will not undergo public bidding 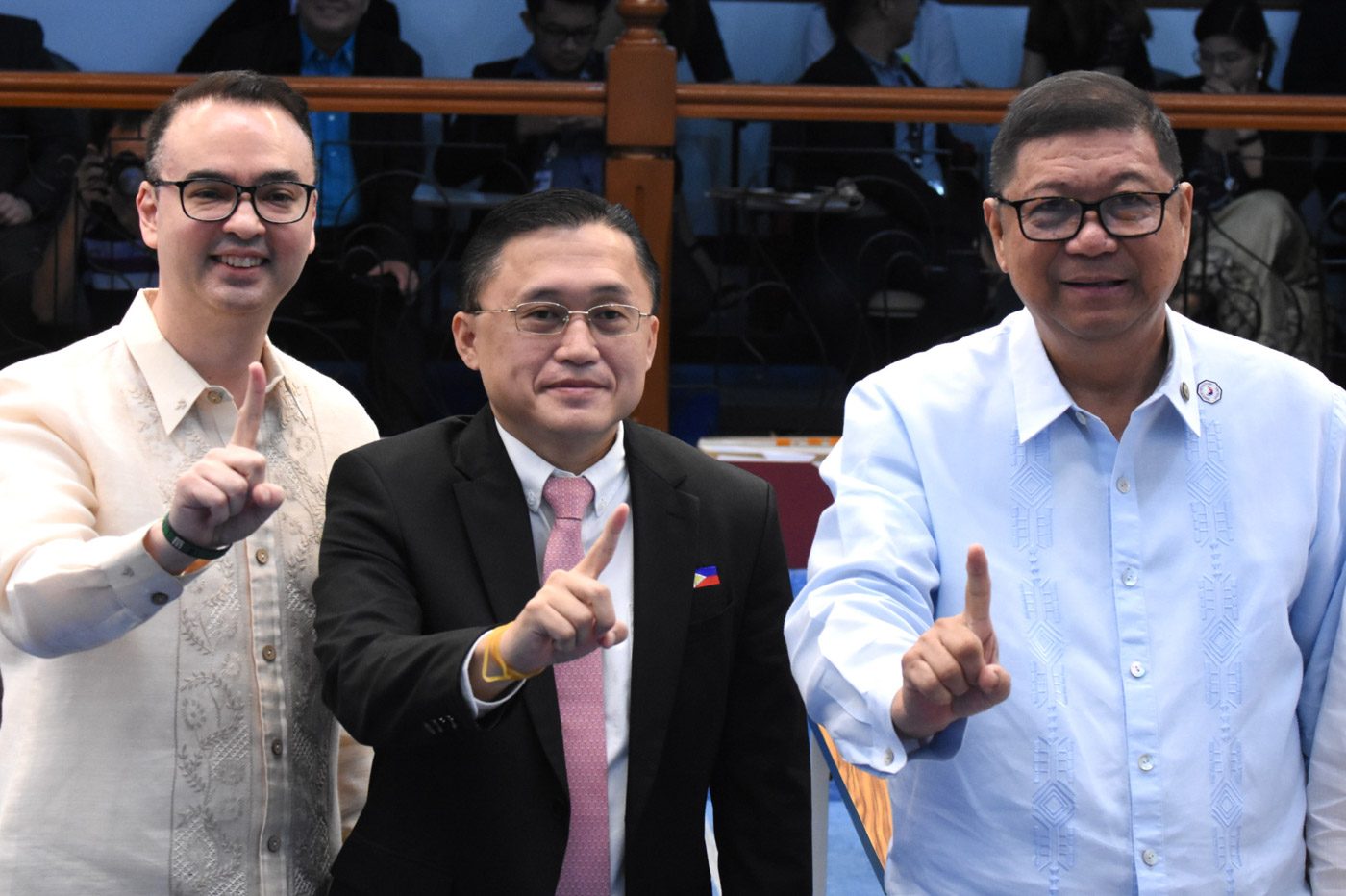 Facebook Twitter Copy URL
Copied
(UPDATED) Speaker Cayetano says the Philippine Sports Commission and the Philippine Olympic Committee were overwhelmed and couldn't handle the funds, so Phisgoc had no choice but to accept 'financial assistance'

“There are exceptions under procurement law. However, they are still subject to guidelines of government procedures, particularly during the submission of liquidations,” said Cayetano, who is the chairman of the Philippine SEA Games Organizing Committee (Phisgoc), a sort of private foundation led by government officials and specificially created to handle the games.

The Senate deliberated on the 2020 budget of the Philippine Sports Commission (PSC) on Tuesday, but Minority Leader Senator Franklin Drilon interpellated Cayetano on the SEA Games funds, which were under the PSC’s 2019 budget.

Cayetano broke protocol and usual inter-chamber courtesy by going to the Senate, bringing along with him a handful of other congressmen and other games officials.

PSC was allotted P6 billion under the 2019 budget for the hosting of the SEA Games, excluding infrastructure. According to Cayetano, the PSC and the Philippine Olympic Committee (POC) were overwhelmed and lacked procurement lawyers to bid out contracts so Phisgoc had no choice, he said but to accept P1.5 billion in “financial assistance.”

Cayetano said the rest of the funds were even handled by the Department of Budget and Management Procurement Services because PSC could not do it, but that, in the end, the DBM also bowed out. Cayetano said DBM passed it on to POC at first, but the agency also opted out and left the P1.5 billion to Phisgoc.

Because it’s a financial assistance, Cayetano said they fall under the exemption in the government procurement law. Cayetano said this was resorted to “precisely because even the DBM cannot do it given the time.”

Section 4.5 of the Implementing Rules and Regulations (IRR) of the Government Procurement Law or Republic Act No. 9184 says “direct financial or material assistance given to beneficiaries” are not recognized as a procurement activity covered by the law.

“We have looked at the past Commission on Audit (COA) issuances on liquidation and submissions to make sure we are compliant with it,” said Cayetano.

Cayetano added: “We follow the procurement law, but the law is for financial assistance, so we follow industry practice and other practices like the 3-quotation rule.”

Cayetano was referring to the 3 price quotations rule under the shopping method, where procuring entities are allowed to request price quotations “for readily available off-the-shelf goods or ordinary/regular equipment to be procured directly from suppliers of known qualifications.”

Drilon said he will leave it to COA to do an audit of the funds.

Cayetano said, “We also hired an independent auditor for all the private funds that will come into Phisgoc so that there will be full transparency.”

Of the P1.5 billion, Cayetano said P700 million had been disbursed and that the remaining P800 million would be “more or less” spent before the opening of the games on November 30.

Cayetano also defended the P50-million cauldron, saying “it’s a work of art” that was designed by National Artist for Architecture Francisco “Bobby” Mañosa. Cayetano clarified the structure cost only P45 million, but that P5 million will be spent on fuel as the cauldron will keep a fire burning on top for 24 hours until the games are done.

“While some people see it as a cauldron, we see a monument. We see the athletes, we see the burning flames that represent hope and the fighting spirit. We think it is just appropriate,” said Cayetano.

President Rodrigo Duterte in July told the Daily Tribune his apprehensions of Phisgoc handling the hosting tasks of the games, saying: “That Phisgoc Foundation only muddles up the issue. So many fingers are dipping into the hosting. It should only be government.”

Senator Bong Go said Duterte was “allergic” to some officials in the previous leadership of the POC, specifically the leadership of ousted president Jose “Peping” Cojuangco Jr. But Duterte trusts Cayetano, said Go.

Drilon grilled Cayetano why Phisgoc had to be constituted.

Citing SEA Games Federation rules, Cayetano said: “We have no choice. If we don’t want the foundation, we cannot hold the games.”

But upon Drilon’s questioning, Cayetano was forced to admit that there was, in fact, a choice, the other being to let POC handle it since it is mandated by law to handle olympic and regional games.

Cayetano even said that the SEA Games rules said it can either be a national organizing committee, which is the POC under its mandate, “or it could be a multi-stakeholder.”

Duterte himself opted for the multi-stake holder option, said Cayetano.

Cayetano explained that the Philippines was only approached in 2016 to host the SEA Games in lieu of Brunei, but that Duterte declined because of the Marawi siege.

Cayetano said Cojuangco and former POC vice president Joey Romasanta made a last-minute appeal to him, afterwhich he said he brought the two to a meeting with Executive Secretary Salvador Medialdea and PSC Chairman Butch Ramirez.

“The agreement was the President will only approve if it’s a tripartite organizing committee where it will be 1/3, 1/3, 1/3,” said Cayetano.

The result was Phisgoc, composed equally of PSC and POC officials and other government officials like Cayetano.

Ramirez, upon Drilon’s interpellation, said the PSC and the POC could have performed the task of Phisgoc.

“Yes, your honor. But we cannot do that without POC. Because they take charge of the technical aspect,” Ramirez told Drilon. – Rappler.com