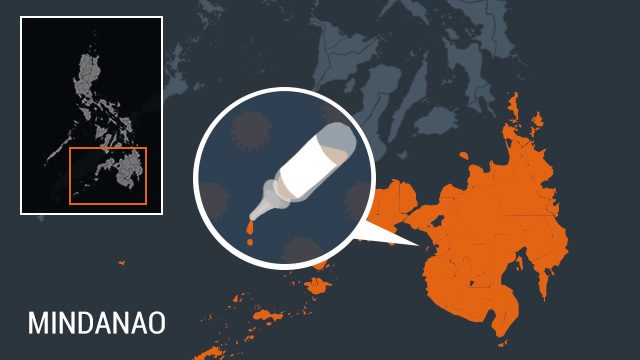 All 3 cases were reported from Mindanao, raising to 6  the number of polio cases in the island. The total cases nationwide of the new polio outbreak was at 7.

Three children were admitted to the Cotabato Regional Medical Center. Two girls, a two-year-old from Maguindanao and a 4-year-old from North Cotabato, and a one-year-old boy from Cotabato City, turned up with the polio symptoms including fever, cough, and weakness in legs and facial muscles.

The DOH said the two cases of infants were unvaccinated with the polio vaccine, while the 4-year-old girl received incomplete doses.

“It is unacceptable that more children are falling victim to this vaccine-preventable disease. We are more determined than ever to make sure that no child shall be missed during the next round of the Sabayang Patak Kontra Polio in Metro Manila and Mindanao,” said Health Secretary Francisco Duque III.

“We should not be satisfied with our children receiving only 1 or 2 doses of the polio vaccine. Let us ensure that they receive the complete doses of the vaccine to fully protect them from polio,” he added.

The previous round of the catch-up vaccination campaign in October reported a 96% coverage among children from 0 to 5 years old from the 17 local government units in the National Capital Region. Davao del Sur recorded a 92% coverage, while Lanao del Sur reported an 85% coverage. These areas were chosen because of their proximity to site of the first recorded cases.

“We are reiterating to all parents and caregivers to have their 0-59 months children immunized with the polio vaccine from November 25 to December 7,” said Duque. DOH is set to conduct the next round of catch-up polio vaccination in the rest of Mindanao during this period.

The DOH declared a polio outbreak in September after the first case resurfaced after 19 years. (READ: EXPLAINER: What is polio?)