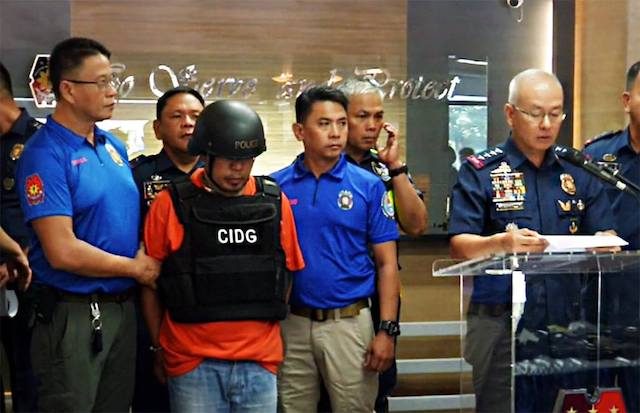 “There is no doubt that the crime committed is murder in relation to Section 29 of Republic Act 10591,” said Judge Richard Paradeza on Wednesday, November 20, going by Luib’s guilty plea.

The frustrated murder conviction is over the injuries suffered by Efren Espartero, who was with Dominic when the latter was attacked by a motorcycle-riding gunman in front of the Lighthouse Resort and Hotel in Subic in November 2018.

Luib, who was arrested last March, pointed to Dominic’s brother Dennis as the mastermind. Dennis has also been charged with murder and frustrated murder, but he is still at large.

There is a P6-million bounty for information on Dennis’ whereabouts, offered by the immediate family of Dominic.

The Central Luzon police earlier said the motive was a corporate dispute.

The brothers were supposedly quarreling over their shares in the company United Auctioneers National, which is engaged in the importation of secondhand vehicles, said police. Luib, in his confession to police, had cited this as the motive behind the hit on Dominic.

“The conviction of accused Edgardo Luib in the cases of murder and frustrated murder is a recognition by the court that apart from the voluntary plea of guilt, there is more than sufficient basis and evidence to establish the guilt of the accused beyond reasonable doubt,” said Senior Deputy State Prosecutor Richard Fadullon.

“The prosecution expresses its sincere thanks to the court for acting on the case with dispatch, finishing the hearings and rendering its decision in less than 3 months,” Fadullon added. – Rappler.com