Nov 20, 2019 11:14 PM PHT
Sofia Tomacruz
Facebook Twitter Copy URL
Copied
The President's remark is the latest show of disregard for the independence of the judiciary and the role of lawyers 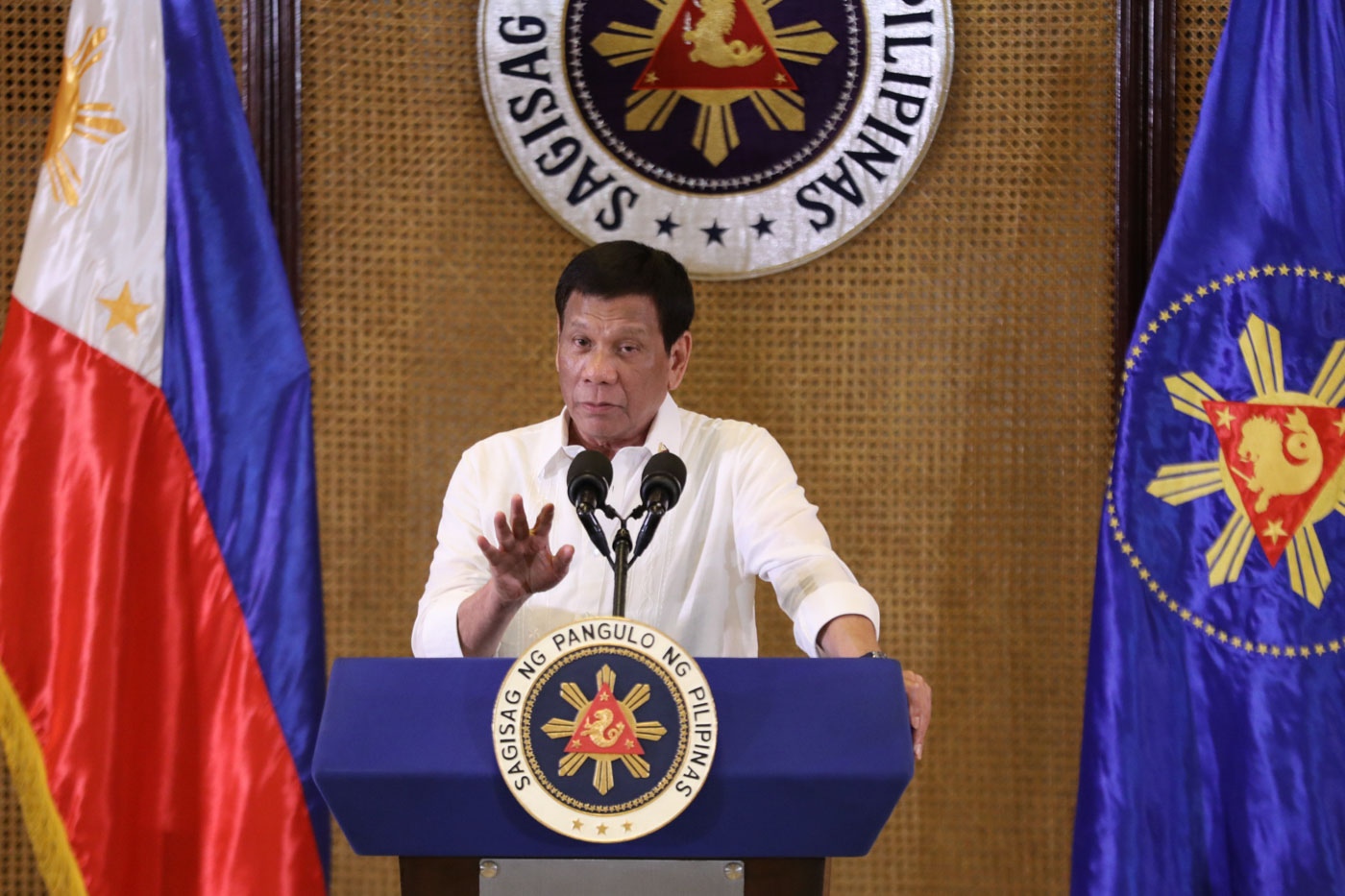 MANILA, Philippines – President Rodrigo Duterte warned the judiciary against standing in the way of his latest order to ban the total use and importation of e-cigarette or vaping devices, taking his penchant for making shocking policy pronouncements one step further.

In a speech at the 80th Anniversary of the Department of National Defense on Wednesday night, November 20, Duterte asserted his word alone was enough to implement the order and that an executive order that would put it into writing could be put off for later.

“Judges, I warn you, do not issue restraining orders to the Customs [or] to the Coast Guard. I will not obey your order because of the peculiar situation this country finds [itself in],” Duterte said.

“Unfortunately, your indolence doesn’t inspire confidence,” Duterte added as he threw tirades at judges, warning them not to interfere regardless of whether or not they could determine if vaping was “good.”

Duterte had just given the verbal order in a late night press conference on Tuesday, November 19, following the first confirmed case of e-cigarette or vape-associated lung injury (Evali) in the country.

Why this matters. Duterte’s remark undermines the judicial branch, which is co-equal with the Executive in its power. It’s also the latest show of the Duterte administration’s disregard for the independence of the judiciary and the role of lawyers.

At one point, Duterte even threatened to “kill” those who would “destroy” the Philippines by disregarding his order.

“Preventing injury to the Filipino children – that is what I meant when I say do not destroy my country because I will kill you,” he said.

Duterte attempted to justify his order by saying the drastic measure was needed “especially if it’s to protect the lives of people.”

“The order executive order – never mind, it will come. You are here you have to act….. Do not allow it (vaping) and they said whats the law? Nevermind the law, the law will come…. Tell them I ordered it,” the President said.

Crackdown begins. Even without clear guidelines laid out in a written order, the Philippine National Police announced it would start arresting individuals who violated Duterte’s order. So far, their basis for doing so is Executive Order No. 26, which banned smoking in public spaces. EO 26, however, does not explicitly include e-cigarettes.

Despite this, Duterte again ordered the police, and even the military, to “do their job,” as he assured them they would be “protected. This was justified, he said, because “there is nicotine and that makes it legal for you to be arrested.”

Duterte had complained vapes were a danger to public health as they contained unknown chemicals, aside from nicotine, which could harm the body.

The Department of Health earlier sought to expand the EO 26 to include vaping through its Administrative Order (AO) No. 2019-0007 issued in June, but its implementation is currently suspended by a Pasig Regional Trial Court since October. – Rappler.com