In Bataan town, drug reformists get second chance in life 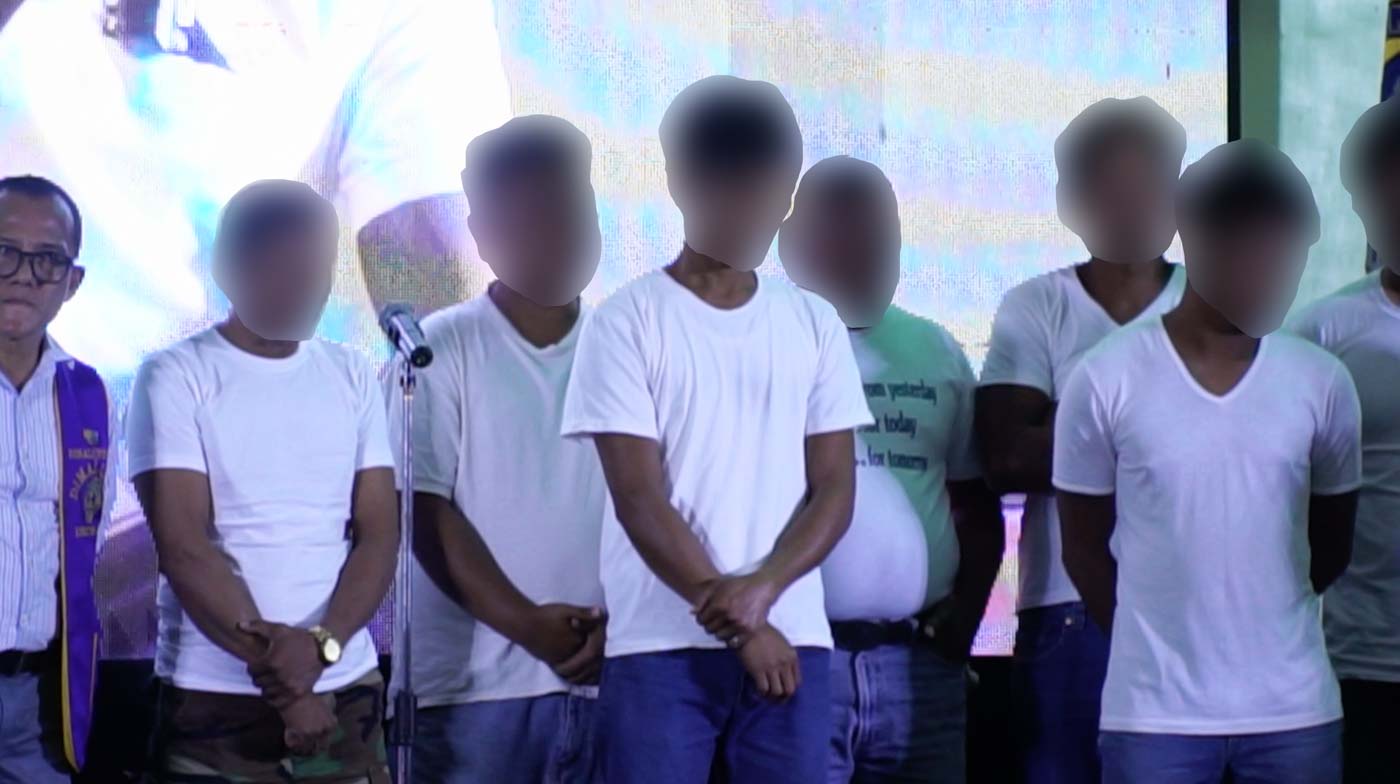 BATAAN, Philippines – In a cold conference hall in the heart of Dinalupihan town, a sea of men in plain white shirts began to cry. They were listening to Renato*, who recounted how his drug addiction almost tore his life and his family apart.

Moments of bliss that came in packets of shabu soon turned into a nightmare for Renato: The more he got high, the more he forgot about the children he had to feed. His own parents lost faith in him.

(I experienced seeing my child run toward me shielding his head with a towel. He braved the rain to come to me, holding an empty bowl. He said they had no rice. Because of my negligence, I didn’t realize that my children were going hungry.)

He tried to ask P50 from his parents, but they refused, thinking he would only use it to buy more drugs.

This was the tipping point in Renato’s life that finally convinced him to enter the Bahay Pagbabago (House of Change) Community-Based Rehabilitation Center in Dinalupihan.

The police have become notorious for killings in President Rodrigo Duterte’ bloody war on drugs, which has claimed thousands of lives. But Renato’s experience with local cops assigned to the rehabilitation center was different.

(I’d like to thank our police force and our Mayor. To my two “boy friends” who did not stop convincing me to enter Bahay Pagbabago, thank you very much. You did not give up on me.)

Renato shared his story before 250 of the 957 drug surrenderers who underwent the one-month rehabilitation program in Bahay Pagbabago over the past 3 years.

Bahay Pagbabago has since been replicated in other rehabilitation centers in Central Luzon. In 2018, the Dangerous Drugs Board used this program as a model for the Balay Silangan reformation program for drug surrenderers nationwide.

Drugs as ‘scourge of society’ 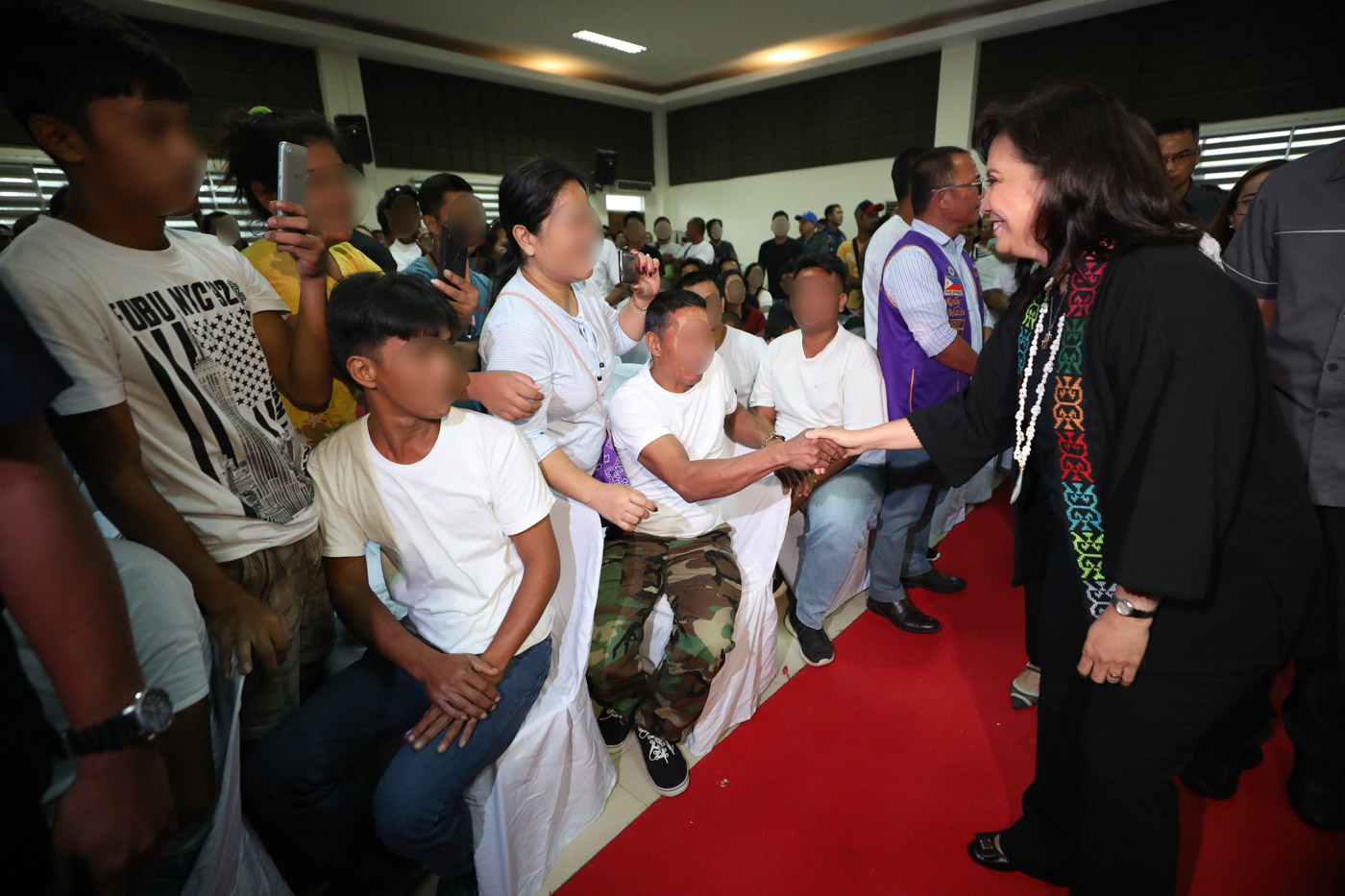 On Wednesday, November 21, the volunteers behind Bahay Pagbabago celebrated its 3rd anniversary in a venue across the municipal hall. The guests of honor were Vice President Leni Robredo and Phillipine Drug Enforcement Agency chief Aaron Aquino, co-chairs of the Inter-Agency Committee on Anti-Illegal Drugs (ICAD).

Dinalupihan Mayor Maria Angela Garcia explained that in Bahay Pagbabago, they take a holistic approach in battling the drug problem.

Many of the drug reformists in Dinalupihan’s Bahay Pagbabago found refuge in their Bible study sessions. Danny*, a former drug user, said it was God who helped him overcome his addiction. (READ: Ex-drug user turned pastor: Sacrifice, don’t kill for country)

“[Gusto ko po] makapagbahagi lamang po ng Salita ng Diyos kasi po…siya po tumatak sa puso ko (I just want to share what I learned from the Word of God… because he touched my heart),” said Danny, who had to pause in the middle of his speech to wipe his tears away.

(Ever since I met God and accepted Jesus as my Lord and Savior, he slowly changed my life in a way that even I couldn’t believe I was capable of reforming.)

As Danny spoke, the other drug reformists in the room bowed their heads and cried, remembering their own stories of addiction and the second chance in life they got at Bahay Pagbabago.

Robredo, who is hoping to reform Duterte’s bloody drug war towards a more data-driven and community-based approach, praised the local officials behind the rehabilitation centers in Bataan.

(You know, you’re very lucky. The situation is not the same in all areas. Not all areas have a program like this. Not all area view this problem this way.) 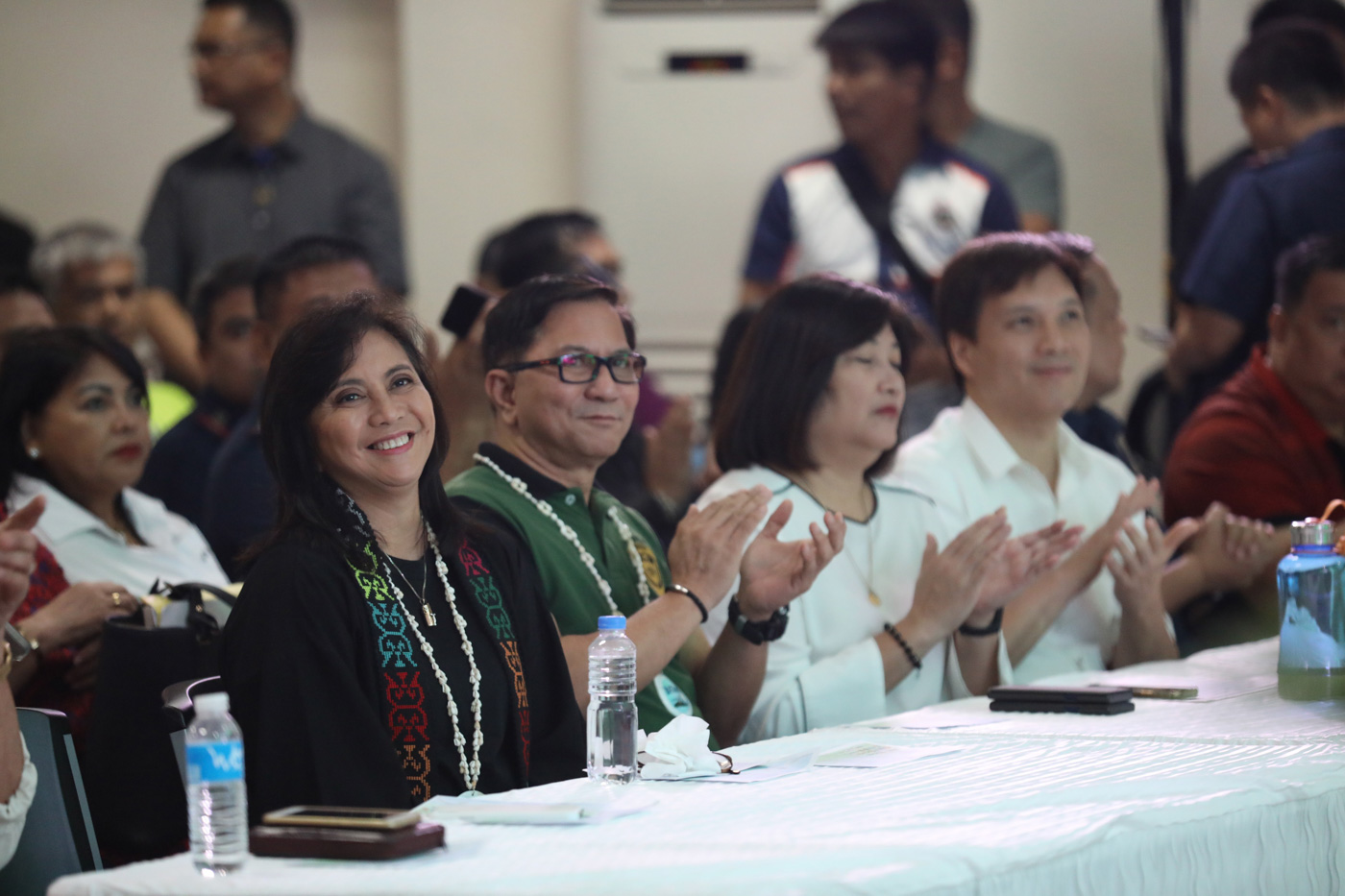 But the work is far from done. Aquino, who used to be Central Luzon police chief, acknowledged that the short period allotted for the rehabilitation program in Bahay Pagbabago will not completely stop drug reformists from relapsing later on.

(You know, we gave you hope here. That’s why it’s called Bahay Pagbabago so you can change. But it’s up to you if you want a second chance. I know that some of you have relapsed.)

A total of 179 rehabilitation centers were put up in Central Luzon since 2016, but only 87 are currently operational.

The region has also become a hot spot for drug-related killings. Compared to Metro Manila, Central Luzon recorded almost double the number of killed drug suspects in police operations in 2018.

These are the harsh realities that Robredo and Aquino both face, as they jointly lead the government’s anti-illegal drugs campaign together after a spiteful Duterte appointed the Vice President as ICAD co-chair.

The parameters of Robredo’s new post are ambiguous, with the President himself threatening to fire her from the anti-drugs body if she would aid investigations against him. (READ: Robredo writes Duterte: Make my role clear so I can work)

Duterte also said he did not make the ICAD co-chairmanship a Cabinet post simply because he did not trust Robredo, the leader of the opposition.

Robredo, however, remained unfazed. She said she would do whatever she can to stop the killings in the drug war with or without a Cabinet post. – Rappler.com