‘Like a general orders his soldiers’: Barbers says caseless arrests vs vapers lawful 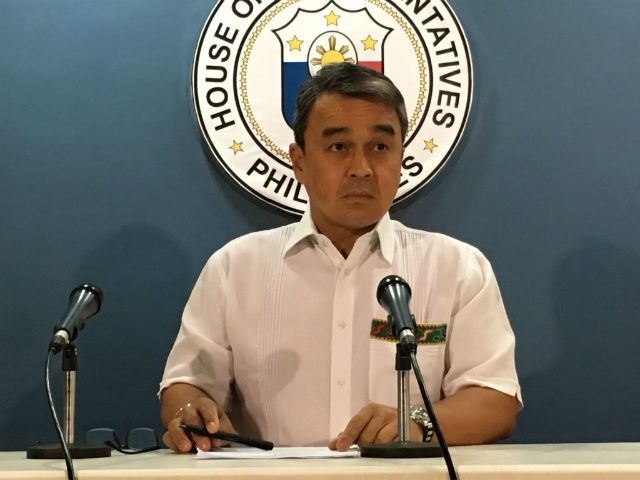 MANILA, Philippines – Is a President’s verbal order to arrest a certain target enough to make it lawful? For Surigao del Norte Representative Robert Ace Barbers, it is.

The House committee chair for dangerous drugs told reporters on Friday, November 22, that President Rodrigo Duterte’s verbal order to ban the use and importation of e-cigarettes and arrest people vaping in public places is enough to consider with the same effectivity as a written executive order (EO).

Barbers said the validity of the arrests is justified further by the fact that there is no currently enforced sin tax on e-cigarettes. These sin taxes are still being proposed in Congress.

“The device that is being used by vapers is considered contraband. The President made clear his stand on that,” he said.

“It’s just like a general ordering his soldiers. Attack this, attack there. Arrest him, arrest them. To come up with that EO is just to formalize everything,” he said.

There is no law that prohibits possession of vaping and e-cigarettes. As Duterte made his order, he said, “Never mind the law, the law will come.”

Justice Secretary Menardo Guevarra said Malacañang is preparing to issue the EO that would explicitly cover vaping. He said the closest we have is EO No. 26 or the nationwide smoking ban. (READ: Vaping arrest order is latest legal conundrum in Duterte admin)

Barbers insisted that these caseless arrests would be in line with the country’s justice process.

“The direct order from the president and an EO is just the same. Is it violative of the rights of the person being caught vaping if there is no EO? No. That’s the order of the President that he issued publicly. It’s just that the case to be filed is not clear,” he said.

Under the Constitution, an act cannot be penalized if it was committed at a time when it was not yet ruled illegal. In other words, one cannot be convicted of a crime if there is no enacted law.

Guevarra said that “to arrest is one thing, to prosecute/convict is another.”

Philippine National Police (PNP) Officer-in-Charge and licensed lawyer Lieutenant General Archie Gamboa admitted that the PNP cannot think of a case to file against arrested vape users because of the absence of an EO or any enacted law. – Rappler.com