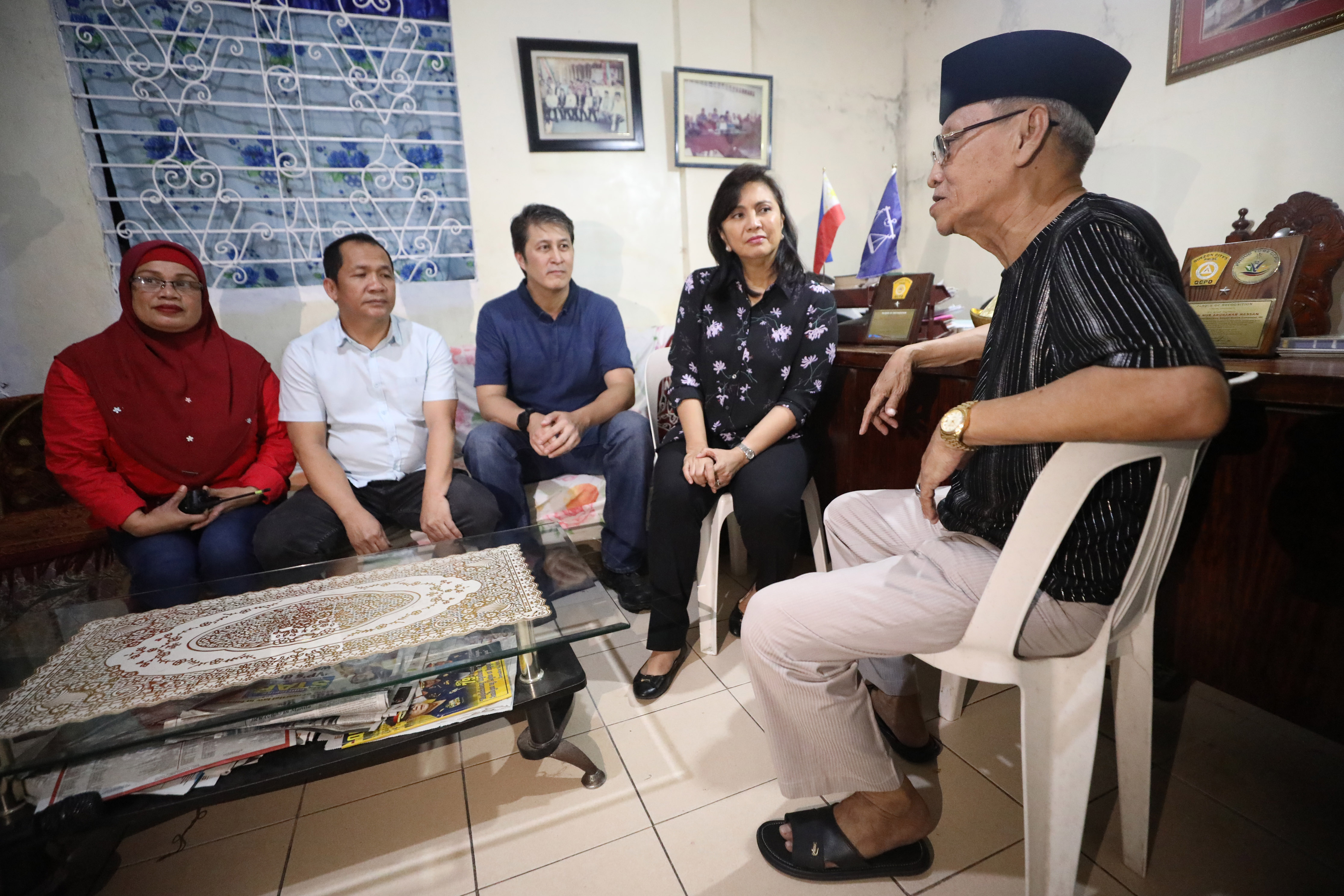 MANILA, Philippines – Vice President Leni Robredo said a barangay in Quezon City that was once considered notorious for illegal drugs turned things around because the whole community worked together to fix the problem.

The Vice President, as co-chairperson of the Inter-Agency Community on Anti-Illegal Drugs (ICAD), visited Barangay Culiat on Friday, November 22, to understand how local officials, the police, civil society, and the private sector contributed to its anti-illegal drug campaign.

Robredo was joined by Sotto, Barangay Culiat Captain Victor Bernardo, and Quezon City 6th District Representative Jose Christopher Belmonte, a fellow leader at the Liberal Party, during her visit to the barangay.

When police officers conduct Oplan Tokhang, where they knock on the doors of suspected drug users and pushers to give them a chance to change their ways, barangay officials are present.

(The good thing here, they claim there are no deaths here because from step one, the city government, the Philippine National Police, and the barangay were already coordinating.)

Crucial in Barangay Culiat’s anti-drug efforts was the creation of a centralized drug list that was verified by all organizations involved in the anti-drug campaign.

Police Senior Master Sergeant Hassan Adi, who supervises over the Salam Compound in Barangay Culiat, said whenever they do anti-drug operations here, they have one rule: no killings.

“So ‘yung paglunsad natin ng droga, against din tayo sa patayan…. ’Wag nating patayin kasi biktima din sila. Pero kung lumaban, bakit hindi (When we launched the anti-drugs campaign, we were against killing…. Let’s not kill them because they are victims too. But if they fight back, why not)?” Adi said.

In the Salam Compound alone, police nabbed about 1,000 drug users. Adi said they have also closed down 33 houses that were used as drug dens.

Robredo hopes local officials’ efforts in Barangay Culiat would be replicated in other parts of the country. But it is easier said than done.

The Quezon City Police District declared the Salam Compound as “drug-free” in June 2017. Bernardo himself, however, concedes it is “almost impossible” to declare the barangay as completely drug-free, saying the village is still “moderately affected” by drugs.

Slum areas in Quezon City were also hotspots for drug-related killings when President Rodrigo Duterte launched his war on drugs in 2016. In the first 7 months of the anti-drug campaign, at least 511 people were killed in this city alone. (READ:This is where they do not die)

Robredo’s role as ICAD co-chair remains vague, with President Duterte already threatening to fire her if she would reveal “confidential information” to foreign entities.  (READ: Stripped of authority, Robredo doomed to fail as anti-drug czar – Lacson)

The President had also backtracked on his initial offer to give a Cabinet post to Robredo to lead the government’s anti-drugs campaign, saying he did not trust her.

This prompted Robredo to write to the President himself to clarify her mandate as ICAD co-chair. Still, the Vice President said she would do what she can to help stop the killings in Duterte’s drug war despite the limitations thrown her way. – Rappler.com