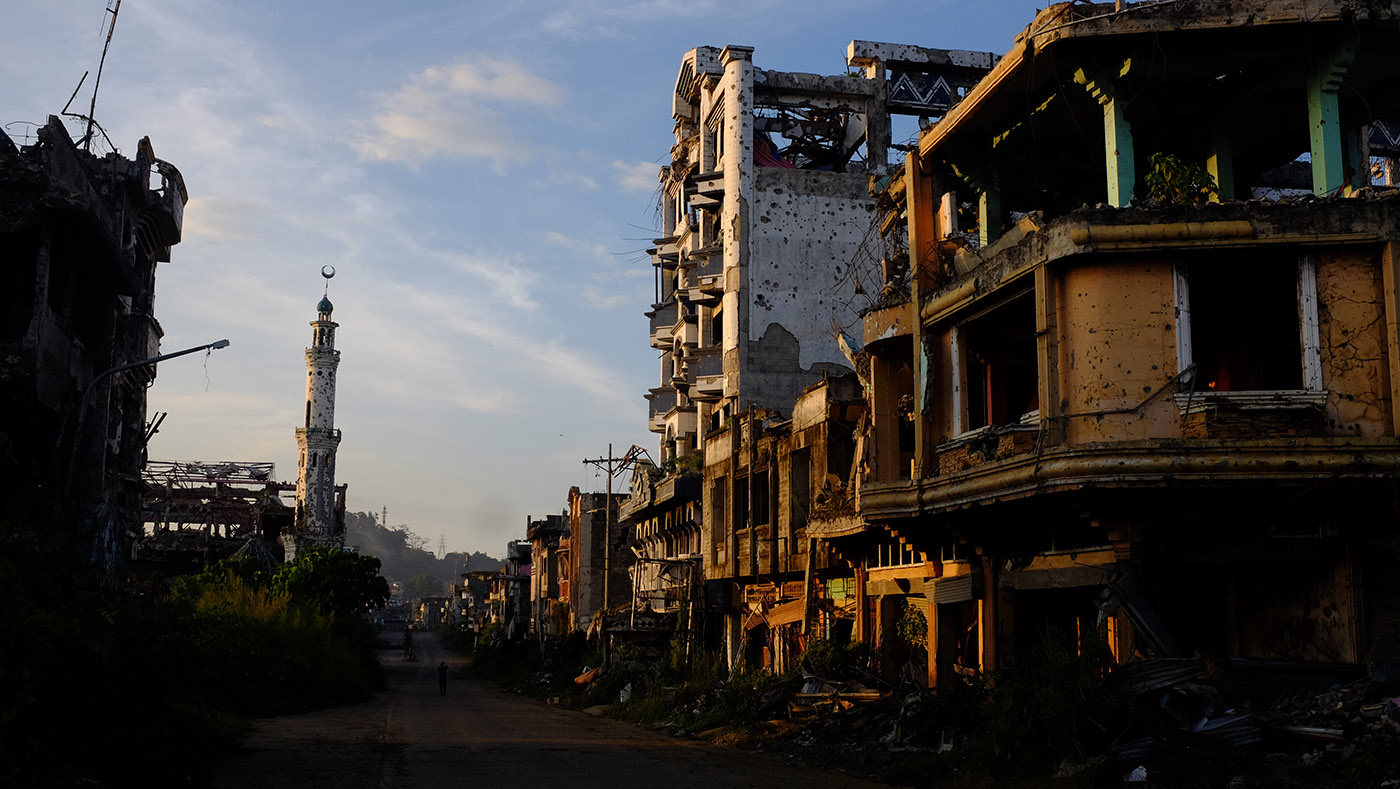 MANILA, Philippines –  A high-ranking US counterterrorism official visited Manila on Friday, November 22, to discuss cooperation with Philippine counterparts, as the US government announced nearly P1 billion in aid to programs geared at stopping terrorism and helping the Bangsamoro Autonomous Region in Muslim Mindanao (BARMM) establish itself.

US Ambassador Nathan Sales, Coordinator for Counterterrorism at the State Department, spoke with Philippine officials about “shared efforts against ISIS (Islamic State), al-Qaeda, and other terrorist groups that threaten our shared values and our shared interests,” he told reporters in a telephonic briefing on Friday afternoon.

The series of suicide bombings that began in Basilan in July 2018, followed by 3 incidents in Sulu from January to September 2019, is a “major concern” of the US government, Sales said.

“We’re concerned about the export from the Middle East of terrorist tactics, techniques, and procedures. Suicide bombing is not something that we’ve seen in the region here in Southeast Asia until very, very recently, and we are concerned about groups like ISIS and sympathizers of ISIS emulating what they see in places like Syria and places like Afghanistan,” he added.

The US would like to emphasize a  “whole-of-government” approach to counterterrorism, Sales said, which would include border security, law enforcement, cutting financing of terrorism, and “counter-messaging to de-legitimize the false and violent interpretations of scripture” that terrorists and their supporters propagate.

The Philippine government’s program against terrorism is centered largely on the nascent BARMM, the result of decades of negotiations with Moro separatist groups from which several terrorist organizations splintered and multiplied.

Hopes of ending generations of violence in Mindanao triggered by its Muslim minority’s struggle for self-determination are pinned on the establishment of the region’s new, more substantially autonomous regional government than the nominal Autonomous Region in Muslim Mindanao (ARMM) that preceded it.

On Friday, the US Embassy in Manila announced funding worth $18.7 million or more than P950 million for programs to support the Bangsamoro Transition Authority, the BARMM’s provisional government, until it holds its first elections in May 2022.

US Deputy Chief of Mission John Law met with BARMM officials in Cotabato City on Friday to discuss the programs, and to launch a new “Countering Violent Extremism” partnership with local government units and civil society groups, called Converge.

Converge is funded with P86 million from the US State Department’s Bureau of Conflict and Stabilization Operations, and will be operated by non-governmental organizations (NGO) including US-based The Asia Foundation.

Other programs include a health project worth P760 million, and an initiative “to bolster effective and accountable local governance,” called Forward Bangsamoro, worth P101 million.

Earlier this week, the US Embassy and the Philippine Judicial Academy ran a workshop to train 24 judges from Mindanao in curbing money laundering, terrorist financing, and financial crimes. The participants were from Sulu, Basilan, Zamboanga, and Marawi City – places that have had recent terror attacks.

Cutting terrorist financing helps prevent attacks from even happening, and one of the “most important counterterrorism tools” the US uses to do this is sanctions.

“When we designate terrorist groups, when we put them on our financial black lists, we can cut off the flow of money to them,” Sales said, adding that US blacklisting of terrorists and their financial supporters also cuts them off from the international banking system, as banks avoid being the subject of secondary sanctions.

Transnational organized crime is another way that terrorists get funding, and fighting it would require cooperation among governments.

The US recently pledged more counterterrorism cooperation with the Philippines. It was one of the major items on the 8th Bilateral Strategic Dialogue held in Manila in July, and reaffirmed by US Defense Secretary Mark Esper on Tuesday, November 19, when he visited Manila.

Counterterrorism operations and tactics are a staple in joint exercises between the US and Philippine militaries. The US also plans to set up a Regional Counterterrorism Training Center at the Philippine National Police Academy in Silang, Cavite, to service Southeast Asia.

“We’re using all of those techniques here in partnership with our Philippine government allies, and we hope to continue to have strong successes,” Sales said. – Rappler.com