Facebook Twitter Copy URL
Copied
NUJP, AlterMidya, and other media groups commemorate the 10th anniversary of the Maguindanao massacre with a mural painting and march

MANILA, Philippines – For 10 years, media groups have consistently called for the conviction of the principal suspects – Ampatuan brothers Sajid, Zaldy, and Andal Jr. – of the Maguindanao massacre, which claimed the lives of 58 individuals, including 32 journalists.

At the commemoration of the 10th anniversary of the massacre, held in Mendiola on Saturday, November 23, AlterMidya’s Kenneth Guda said, “Anything less [than a conviction] is unacceptable and would unleash a storm of wrath not just from the victims’ families and loved ones but from the greater public, including the media community here and abroad.”

On December 20, a verdict on the decade-long trial will be handed down by Quezon City Regional Trial Court (RTC) Judge Jocelyn Solis Reyes.

(I’m confident that the prime suspects will be convicted. But as we’ve said, this does not end the fight, because waiting for this verdict is just one hurdle. There are more or less 80 that are still at large. That includes the two members of the Amaptuans.) 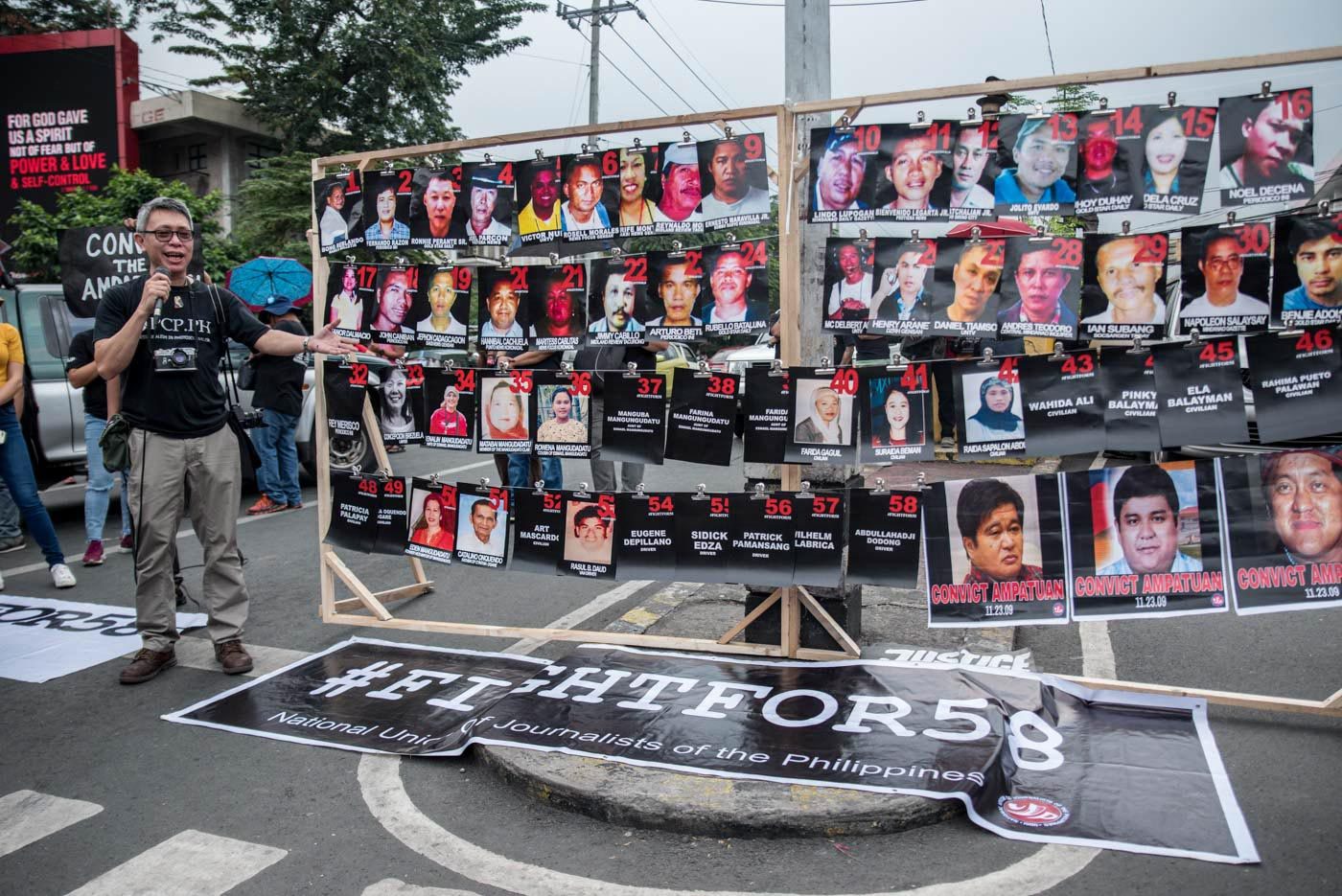 Espina said that the battle for justice will take more time because of the further charges to be filed against 50 individuals who were involved in attempts to cover up the massacre.

(What’s important is that once the verdict is passed, it brings justice.)

The commemoration of the 10th year anniversary of the massacre was led by NUJP. On November 23, media groups painted a mural depicting members of the press and the public fighting back against the injustices of the massacre. This was followed by a march from Mehan Garden to Mendiola. PH not the safest for journalists

(Since 1986, 187 journalists have been murdered in this country. And there has barely been any justice served. Based on our records, there have only been 17 convictions. Most of them are gunmen, there are no masterminds.)

(We really feel it, even the national institutions say that the Philippines is the most dangerous place for journalists.) The groups also protested the attacks on journalists and the threats to freedom of the press.