Nov 25, 2019 10:46 AM PHT
JC Gotinga
Facebook Twitter Copy URL
Copied
(UPDATED) Three days of clashes between the military and the bandit group leads to the rescue of the couple, who were kidnapped in Zamboanga del Sur on October 4 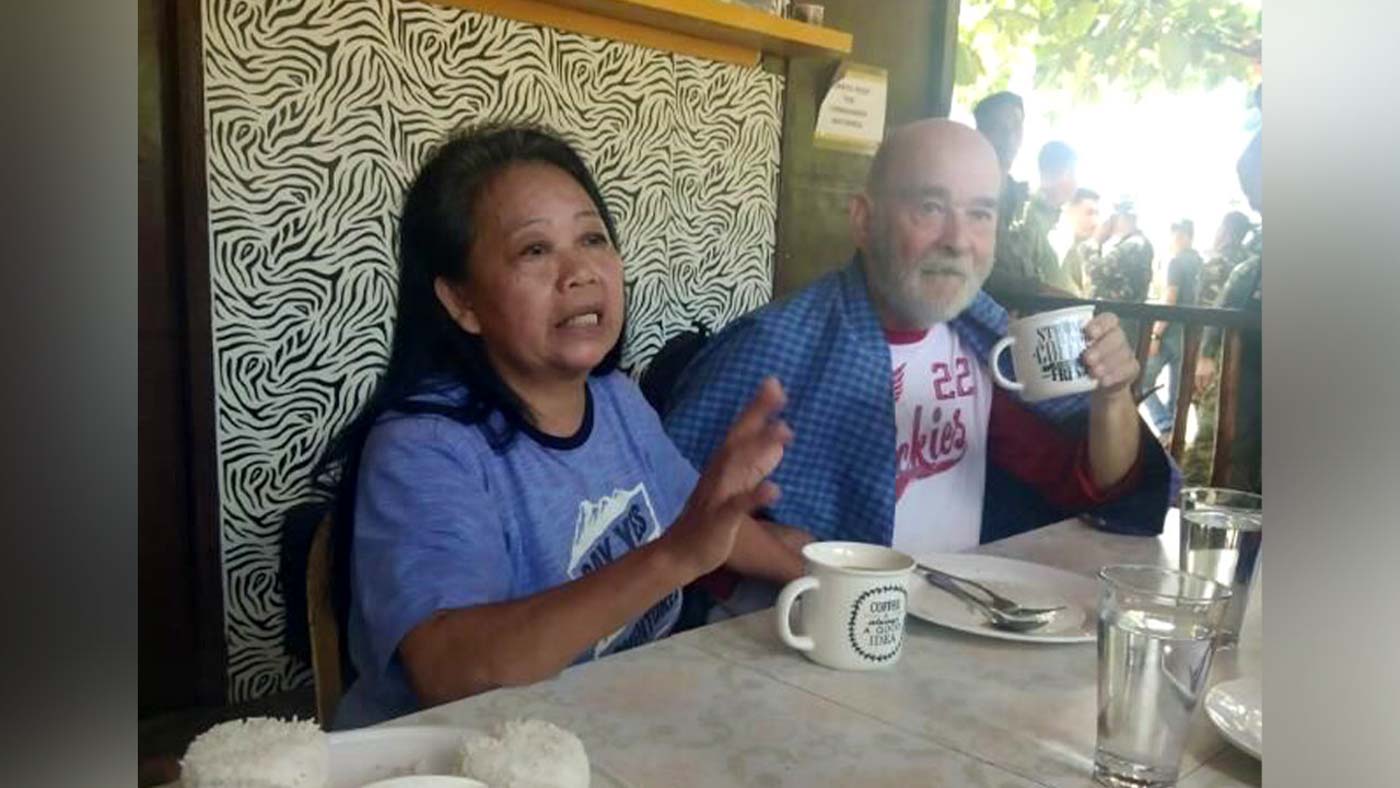 Troops from the Philippine Army’s 2nd Special Forces Battalion under the 11th Infantry Division, and the Philippine Marine Corps were in “hot pursuit” of Abu Sayyaf targets near the boundary between Barangay Silangkan and Barangay Taha in Parang town before 9 am, after 3 days of successive armed encounters with the bandit group in an effort to rescue the couple and other kidnap victims.

A gunfight ensued and lasted about 10 minutes, after which the bandits broke up and ran away in different directions, leaving the Hyrons at the site of the encounter on Mt. Piahan, still in Parang town.

“Naiwan ‘yung dalawa, hindi na nila kayang dalahin, so they scampered away to different directions. Pero tuloy-tuloy pa rin ang hot pursuit natin, nandoon pa rin ‘yung ating tropa, on the ground,” Sobejana said in a media interview. (The two were left behind, they could not bring them anymore, so they scampered away to different directions. But our hot pursuit continues, our troops are still there on the ground.)

Government troops then rescued the couple and brought them to a hospital in Jolo town, the capital of Sulu, for a medical check-up. The couple were in “good physical condition,” the military said.

“Our troops were able to close in on the Abu Sayyaf Group and engaged them in a firefight. Overwhelmed by our forces, they withdrew from the site, allowing our soldiers to rescue the couple,” Major General Corleto Vinluan Jr, head of the AFP’s Joint Task Force Sulu, summed up the incident.

No ransom was paid to the abductors, Vinluan added.

The British Embassy in Manila welcomed the news in a statement released on Monday afternoon. “We extend our gratitude to the government and authorities of the Philippines,” the embassy said.

Allan Hyrons, a British national, and his Filipino wife Wilma were abducted by several armed men at their beach resort in Tukuran, Zamboanga del Sur, on the evening of October 4.

The police and military immediately launched search-and-rescue efforts, first scouring the Zamboanga peninsula and the waters around it, and then including the island province of Sulu, where the ASG holds camp.

The ASG is notorious for kidnap-for-ransom runs in the loosely guarded waters around Sulu, taking victims from nearby Philippine islands as well as in Malaysia and Indonesia.