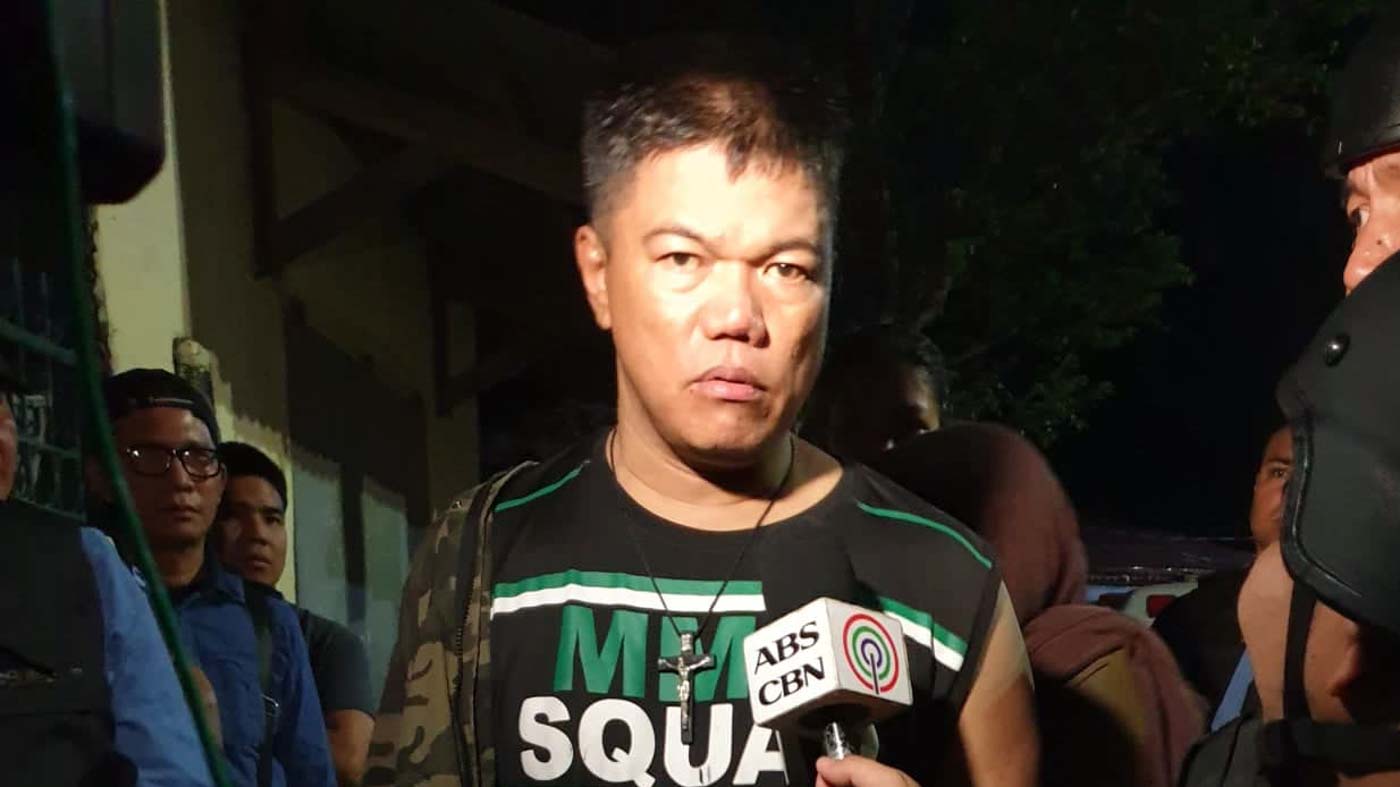 PAMPANGA, Philippines – The deputy chief of police of Talavera town in Nueva Ecija was arrested here after shooting his own mother and nephew inside their house at Sitio Pader, Barangay Pulung Maragul in Angeles City late afternoon on Monday, November 25.

While currently assigned at the Talavera municipal police office, Cabungcal is among the thousands of police officers from different parts of Central Luzon deployed to provide security for the delegates, officials, and guests of the 2019 Southeast Asian Games events to be held in the cities of Angeles and San Fernando, and Lubao town in this province and at the New Clark City in nearby Tarlac province.

Investigation showed that Cabungcal and his live-in partner were having a heated argument inside their bedroom when the fatal shooting happened.

The suspect’s brother told the police that their mother, Purita Cabungcal, was knocking on the couple’s door to mediate and pacify them at that time.

But instead of opening the door, the police major fired successive shots, hitting his mother and his 17-year-old nephew.

The suspect’s nephew, who was able to run outside the house to seek help from neighbors, was only grazed by bullets in different parts of his body and was rushed to the hospital for treatment. Purita, on the other hand, died of multiple bullet wounds.

After more than 30 minutes, policemen, including Special Weapons and Tactics operatives arrived at the crime scene and asked Cabungcal to surrender.

The suspect initially refused to give up and locked himself up inside his bedroom with his live-in partner.  He also requested the presence of television reporters.

The negotiation for his surrender lasted for a few hours.

Investigators from the city Scene of Crime Operatives found a Steyr 9 mm caliber pistol with a magazine loaded with 4 live bullets and Cabungcal’s service firearm, Pietro Beretta 9mm caliber pistol with a magazine containing 15 live bullets. They also found 9 pieces of spent cartridges and 9 deformed slugs for a caliber 9mm gun at the crime scene.

Interviewed by reporters after his surrender, Cabungcal said he and his live-in partner argued due to the latter’s jealousy and that he accidentally hit his mother and nephew after he lost control of his temper and fired a gun.

Ironically, it was Cabungcal who saved a 9-year-old boy who was held hostage by a man inside a fastfood restaurant in Balibago, Angeles City in December 2015.

Cabungcal, deputy commander of Police Station 4 at the time, shot the hostage-taker in the shoulder after the latter began hitting the boy with a metal fork.

But in October 2017, Cabungcal was relieved from his post as officer-in-charge of the Police Station 4 after two of his subordinates were involved in the shooting of a 16-year-old male in Barangay Balibago. – Rappler.com

Police Maj. Dante Cabungcal after giving himself up. (Contributed photo)