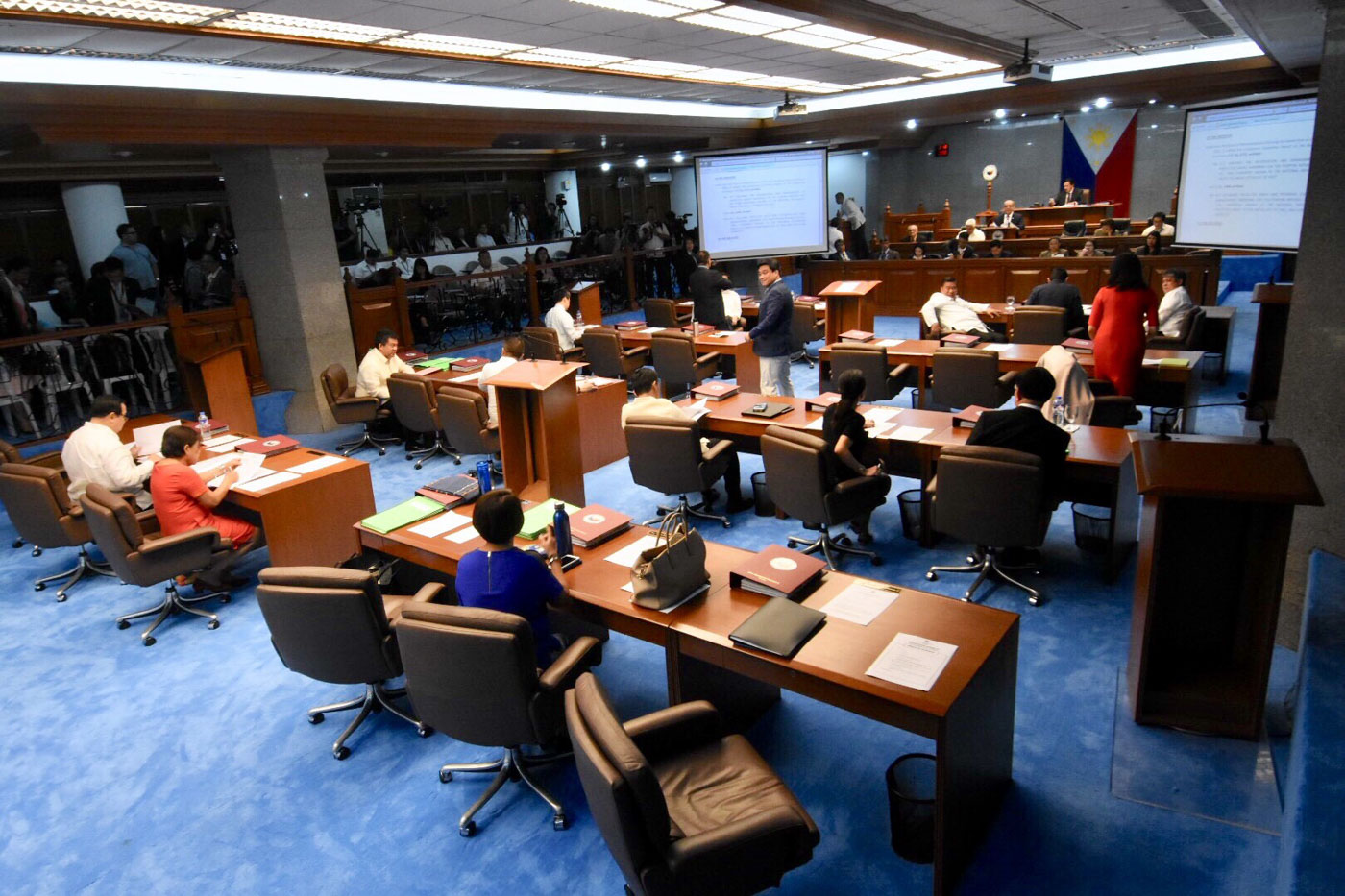 MANILA, Philippines – The Senate approved on Tuesday, November 26, a measure that extends the validity of the 2019 national budget for another year, which would allow the government to continue spending funds from this year’s allocations that would have otherwise expired by December 31.

Voting unanimously, the senators passed on 3rd reading House Bill 5437 to extend the availability of funds for maintenance and other operating expenses (MOOE) and capital outlay under the 2019 General Appropriations Act (GAA) – the national budget – until December 31, 2020.

It’s a way to work around the cash-based budgeting system mandated by President Rodrigo Duterte at the start of the year, and to make up for the quarter-year delay in the passage of the 2019 budget, worth P3.757 trillion.

The cash-based budgeting system requires all government agencies to use their budget allocations for a certain year within that same fiscal year, or else any amount left over would revert to the National Treasury.

It’s supposed to put pressure on the agencies to work faster and more efficiently in order to churn out more projects.

A debacle in the passage of the 2019 GAA over the House of Representatives’ last minute realignment of items, which the Senate flagged as unconstitutional, meant this year’s budget could not be implemented until after Duterte finally signed it in mid-April.

To prevent the delayed budget from being suspended midstream on New Year’s Eve, the two houses of Congress, in October, drew up a joint resolution to extend the shelf life of the 2019 GAA, as they used to do whenever they needed to prolong a budget’s validity.

The House, in fact, was able to approve their version of the resolution on November 4.

However, a Supreme Court decision on October 8 ruled that a “mere resolution” cannot amend or repeal an existing law. This meant the House and the Senate could no longer use a joint resolution to amend the GAA, which is a law. Instead, they had to come up with another law to amend the 2019 budget.

The House then turned their resolution into a bill – House Bill 5437 – which they passed and forwarded to the Senate in mid-November.

With the Senate’s approval of the measure, and supposing Duterte will sign it, the government will in effect be operating on two budgets next year: the 2020 GAA and the extended 2019 GAA.

Although he voted “yes” to the measure, Senate President pro tempore Ralph Recto warned that it would require government agencies to be doubly efficient and transparent with their spending.

“I frame the challenge this way: more in the process of spending than on the period to do it. Because if government is hard-pressed in spending this much money within a year, then what gives it the confidence to spend about one and a half year’s worth of money within the same year?” Recto said during Tuesday’s session.

“If we’re making their plate fuller, what should be done so they will not suffer from budgetary indigestion?” Recto went on, suggesting that Congress itself must keep close tabs on other government agencies to rule out “discretionary” spending – or pork barrel – that serves as fodder for corruption. – Rappler.com