Police seize P2.5B worth of shabu in Makati warehouse 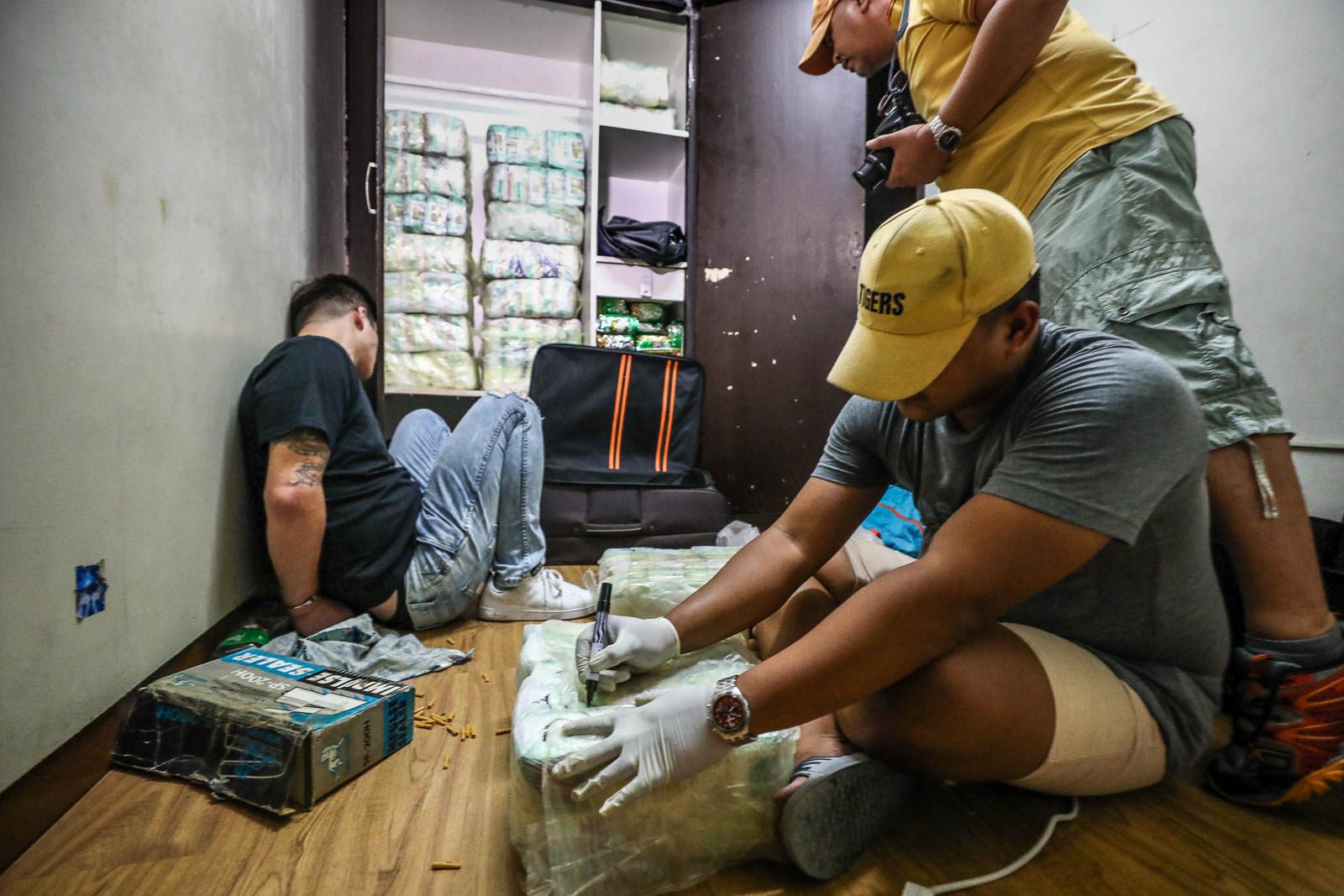 Facebook Twitter Copy URL
Copied
In one of the biggest drug busts of the Philippine National Police under President Rodrigo Duterte, 371 kilograms of shabu are seized from a Chinese national in Makati City

According to the police report shared with reporters on Wednesday morning, November 27, the PNP Drug Enforcement Group (DEG) confiscated 371 kilograms of shabu from a certain Chinese national named Liu Chao.

The sting was one of the biggest drug seizures by the PNP in 2019 and the Duterte administration.

A report by ABS-CBN News showed illegal drugs wrapped in plastic and labeled as dog food to avoid scrutiny.

The operation was mounted in a warehouse in the financial capital, with cops catching the suspect through a buy-bust operation. Because the suspect did not speak English or Filipino, cops had to use a translation application for the buy-bust exchange.

The PNP DEG is the police unit mandated to focus on building bigger drug busts and arrests of what the PNP calls “high-value targets.”

PNP officer-in-charge Lieutenant General Archie Gamboa arrived later at night to inspect the crime scene and to commend the operatives for their catch. He then spoke with reporters. – Rappler.com