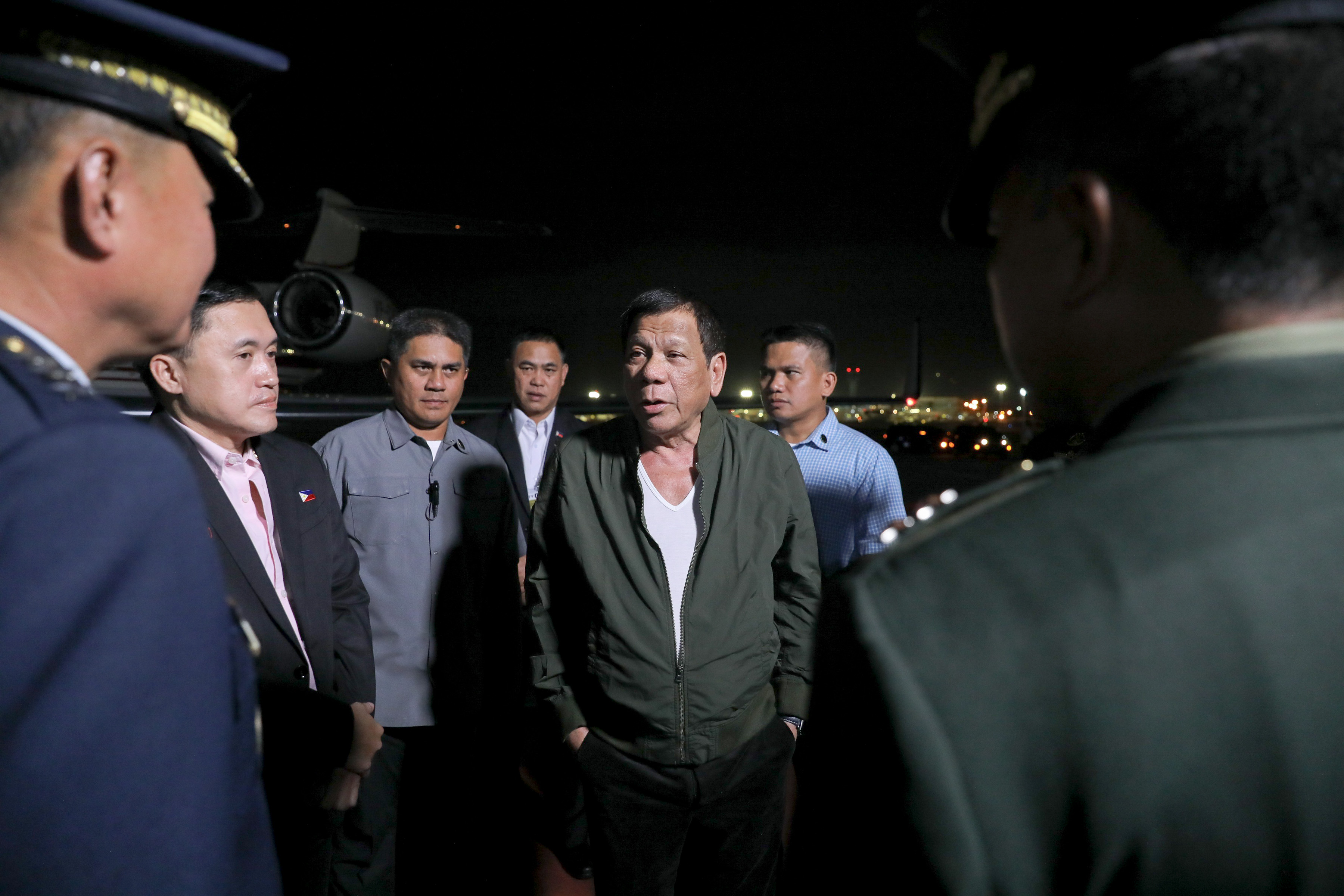 MANILA, Philippines – President Rodrigo Duterte is dismayed about the many mishaps plaguing the 2019 Southeast Asian Games and wants a probe into why these things happened.

Duterte relayed his displeasure to Presidential Spokesman Salvador Panelo on Tuesday, November 26, the Palace official said in an interview with reporters in Busan, South Korea.

“The President is not pleased [with] what he’s been hearing about certain snafu, certain delays, certain allegations of athletes not being fed properly, athletes arriving late or not on time delivered to their places of rest or residence. He’s displeased,” said the spokesman.

“There were allegations of fraud na lumalabas sa diyaryo (coming out in the papers). Ayaw niya rin ‘yun (He doesn’t like that). He wants to investigate that,” added Panelo. (READ: SEA Games organizers sorry for inconvenience, confusion)

Who will be held accountable? The Philippine SEA Games Organizing Committee (PHISGOC) and its chairperson, Speaker Alan Peter Cayetano, are being blamed for the problems hounding the regional sporting event, which will formally open on Saturday, November 30.

The President, however, never mentioned specifically holding PHISGOC or Cayetano responsible for the mishaps.

“We did not talk about PHISGOC,” said Panelo.

But Panelo surmised that any investigation will likely include Cayetano and all other officials involved in organizing the event.

“Probably all of them will be included because when you investigate a particular [incident], it covers everyone involved,” said the spokesman.

But on whether Duterte would ask Cayetano about the mishaps, Panelo said it was unnecessary.

“It’s not needed because I think Speaker Alan has started explaining already. He issued a statement on allegations on irregularities even on the issue of the cauldron,” he said.

It was Duterte who asked Cayetano to take the lead in the SEA Games hosting when the lawmaker was still foreign secretary. With Duterte’s blessing, Executive Secretary Salvador Medialdea, in January, issued a memorandum circular giving PHISGOC the mandate to organize the event.

Duterte also wants a probe into the P50-million cauldron criticized for being an extravagant expense.

This is a departure from the President’s previous statements.

On November 19, the President had dismissed such criticisms, saying there was nothing questionable about the cost of the cauldron since it had to be built according to the specifications of its designer, the late National Artist for Architecture Francisco Mañosa.

“You know, there can never be corruption in that situation because you commissioned a national artist…. It is a product of the mind. You cannot estimate how much you lost because it is the rendition of the mind of the creator,” he had said in a Malacañang press conference.

Panelo, meanwhile, sees basis in the accusation of 1PACMAN Representative Mikee Romero that the SEA Games problems are due to the Senate’s supposed “delaying” of the 2019 budget.

“Maybe we should also consider that,” he said.

Senate Minority Leader Franklin Drilon had earlier slammed Romero for his “unfounded” claim, saying the Senate held off on the 2019 budget because it opposed the House’s realignment of certain lump sums in the budget bill even after it had been ratified by the bicameral conference committee.

Still, Panelo said the SEA Games issue is a chance for the Philippines to “learn from mistakes.” The problem, he said, may lie with tapping a private entity as event organizer. However, PHISGOC is not the first non-government entity to organize the SEA Games. In 2005, a similar organization, the Philippine SEA Games Organizing Committee (Philsoc), was given the same responsibility.

“If it shows that it is difficult when a private entity handles things, maybe we won’t do that next time,” said Panelo.

Duterte returned to the Philippines on Tuesday night after an official trip to South Korea. He is set to attend the SEA Games opening ceremony on Saturday. – Rappler.com