Robredo did not get anything confidential from us – DILG 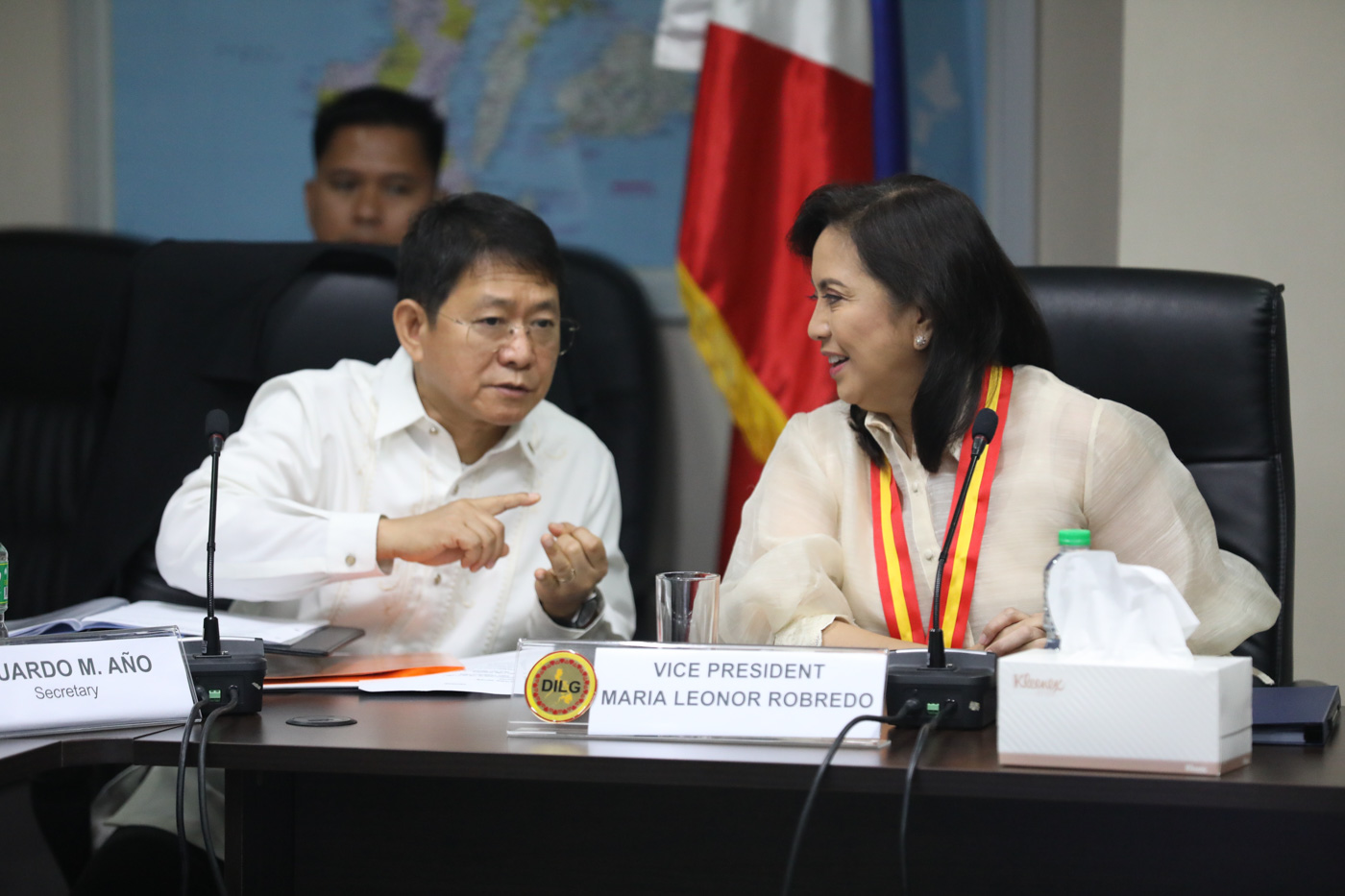 MANILA, Philippines – Vice President Leni Robredo did not get any confidential information from the Department of the Interior and Local Government (DILG) during her time as co-chair of the Inter-Agency Committee on Anti-Illegal Drugs (ICAD), said DILG Undersecretary Jonathan Malaya.

Earlier, Robredo said she would reveal information on the government’s anti-illegal drugs campaign that she gathered during her stint as ICAD co-chair. She said this after President Rodrigo Duterte fired her from the position, less than a month after appointing her.

However, Malaya said the agency was unaware what this information could be.

During Robredo’s meeting with the DILG last November 19, Malaya said she was only briefed on how operations were conducted, and that this was public information.

(I was there when she was briefed and we did not give her any confidential information…On the part of the DILG, we discussed our community-based drug rehabilitation system, our barangay anti-drug abuse councils, and that’s it.)

Malaya reiterated that while they were willing to give her access to the Anti-Illegal Drug Information System, it would have only been on a need-to-know basis, as instructed by Interior Secretary Eduardo Año.

(We didn’t reach that point because she was removed from her post. But we were open to giving her the information if she needed it. As chairman of the ICAD, she needs to know all the information she needs.)

He explained that if Robredo had new ideas on how to operate the drug war, the law enforcement cluster could have given her information if she requested it.

Malaya was asked if Robredo was briefed regarding existing drug syndicates and drug lords that were being monitored. He said that the DILG did not provide her that information.

He added that Robredo did not ask for this information either. “From the DILG hindi nanggaling ‘yan. Maybe from the other agencies… Sa DILG wala kaming ibinigay na ganung information, at in fairness naman sa kanya hindi naman niya hiningi sa amin,” Malaya said.

(That did not come from the DILG, but maybe from the other agencies. The DILG did not give that kind of information, and in fairness to her she did not ask for it.)

Now that she has been removed as ICAD co-chair, Malaya said Robredo may be turned down if asks for this information because she does not have the mandate anymore.

“Iba naman ‘yung mandato ng Vice President eh, kumpara sa chairman ng ICAD (The mandate of the Vice President is different from that of the ICAD chairman),” he said.

However, the agency would welcome her report on the anti-illegal drug campaign, and would still be open to study her suggestions on how to improve it.