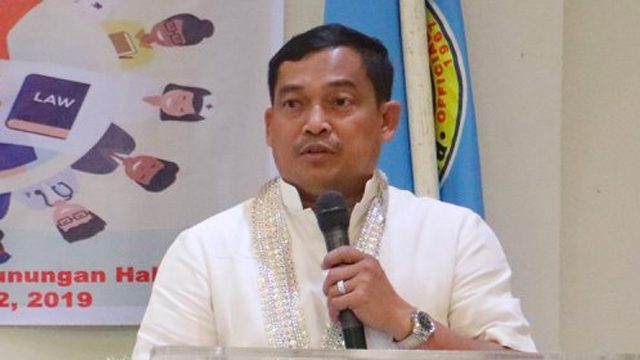 Facebook Twitter Copy URL
Copied
Nearly a month after he survived an ambush, Davao del Norte's PIO is fired by his boss

DAVAO CITY, Philippines – Barely a month after surviving an ambush, the provincial information officer of Davao del Norte was sacked for supposedly spreading misinformation against his colleagues and his boss.

Davao del Norte Governor Edwin Jubahib said he terminated the services of Paterno Lucero Pacquiao “because he has been creating a lot of issues that are unfounded” against his co-workers. Pacquiao’s actions, the governor said, reflected on him.

Jubahib said Pacquiao has been tackling the unfounded issues in his daily radio program. The governor did not specify what were these issues.

“As a media practitioner, he should have been more circumspect,” he added.

Pacquiao was quoted by the Davao-based Mindanao Daily Mirror as saying he respected Jubahib’s decision.

“I have no ill feelings nor am I slighted or hurt with the decision of the governor,” he said, adding that being the appointing officer, Jubahib has the discretion over his services.

On October 11, unidentified gunmen wounded Pacquiao in an ambush.

He had just finished his morning radio program and was on his way home past 7 am when attacked.

Lieutenant Colonel Ariel Acala, the Tagum police chief, said it has been more than a month since the incident but the police still had no clue on the identity and motive of the attack.

Pacquiao himself had not given any media statement on the shooting incident. – Rappler.com