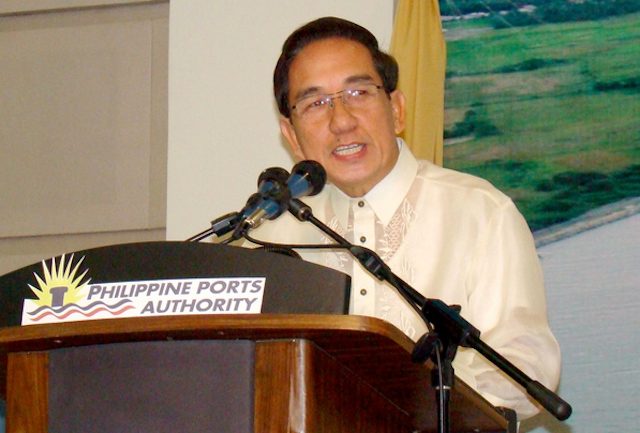 Former Philippine Ports Authority (PPA) general manager Juan Sta Ana and former assistant general manager Raul Santos were cleared of the criminal cases of graft, as well as the administrative charges of gross neglect of duty according to a resolution signed by Martires on June 19, 2019.

“There is no probable cause for the indictment of respondents Sta Ana and Santos considering that not all the elements of the crime for Violation of Section 3(e) of RA 3019 (anti-graft law) have been established by sufficient evidence,” said Martires.

This involves a complaint filed by former Agham representative Angelo Palmones against the PPA officials and DMCI Mining Corporation involving the renewal of the latter’s port permit.

What the case involves

In 2018, Morales dismissed from office and ordered graft charges filed against Sta Ana and Santos for acting with manifest partiality, evident bad faith, and for giving unwarranted benefits to DMCI, all violations of Section 3(e) of Republic Act No. 3019 or the Anti-Graft and Corrupt Practices Act.

PPA had granted DMCI beaching, temporary operating and building permits for a loading port to be used for the company’s mining operations. It was renewed on January 1, 2013, valid until December 31, 2017.

In his complaint, Palmones alleged that this skirted PPA’s own rules that DMCI should have obtained a foreshore lease first from the Department of Environment and Natural Resources (DENR). Even if it did, Palmones said the foreshore lease would not be valid because the area is not considered foreshore.

Morales’ indictment previously attained finality, but in the resolution, Martires said that the Ombudsman law authorizes the Ombudsman to take the initiative to reinvestigate cases.

“The Ombudsman is not barred from revoking, repealing or overturning the earlier ruling of a predecessor in office,” said Martires.

Martires said there is no manifest partiality because the automatic renewal was a policy for the PPA to ease prodecures. Palmones had raised before that the Memorandum Circular of the PPA on this policy was issued only after the renewal was granted. The date of the memorandum is May 30, 2012, or 4 months after the renewal.

Martires also said that the payment of occupation fee was solid basis for the automatic renewal, and consistent with PPA’s own regulations.

“This is a clear indication that the said renewable permit granted DMCI was not a special privilege that was solely granted to said corporation but was in fact, granted to several applications of foreshore lease contracts with the DENR,” said the resolution.

“As for the element of undue injury or unwarranted benefit, complainant failed to allege and prove any injury caused to the government or any other party, for that matter,” it added.

This is another case of Martires reversing past actions of Morales.

Martires recently withdrew charges of graft and usurpation of authority against former president Benigno “Noynoy” Aquino III over the Mamasapano bloodbath. The Volunteers Against Crime and Corruption (VACC) had refiled complaints of reckless imprudence relating in homicide against Aquino before the Office of the Ombudsman.

Although Martires had earlier said VACC cannot be stopped from refiling, the Supreme Court, acting on the VACC’s own petition, already said there is no probable cause to charge Aquino of reckless imprudence resulting in homicide.