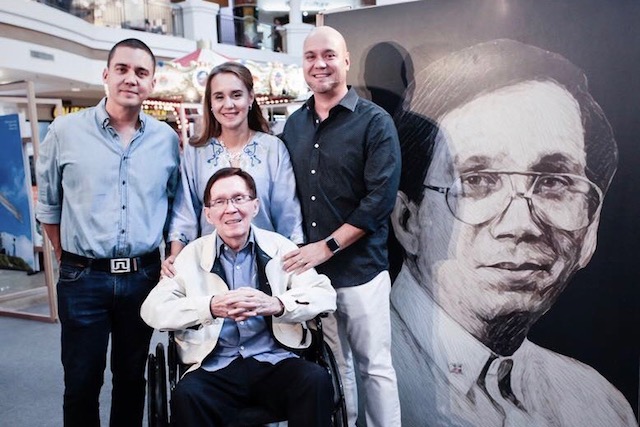 MANILA, Philippines – The family of late National Artist and architect Francisco “Bobby” Mañosa denied they scammed a family friend who had invested P50 million for the development of an Alabang project that has not yet moved forward.

In the counter-affidavits of the Mañosas to the complaint against them by Marisol Ramirez dated November 4, they denied committing fraud and syndicated estafa.

Francisco “Dino” Mañosa Jr said in his statement that he never misrepresented the company and its projects. His wife Angela, his mother Denise, and his siblings Gelo and Bambi denied involvement in the Mañosa family’s real estate company.

What’s the case about? On September 13, Ramirez accused the Mañosa family of defrauding her into investing P50 million to Mañosa Properties, Inc (MPI), to develop a real estate project in Alabang Hills in Muntinlupa.

Ramirez recalled in her complaint that she met the Mañosas through a common friend in 2011, and has become a close friend to the family ever since. In 2017, she recalled being invited by Dino Mañosa to invest in an Alabang Hills real estate project called Anahaw Park Project.

She chose to get back her investment in 2 years with 8% return per year. (P50 million turns to P58 million with the interest.) Two years later, she has not received the money she was promised.

Why the accusation? According to Ramirez, the family misrepresented themselves as the company which owned the lot. The lot was was owned by another Mañosa company: Mañosa Farmstay, Inc.

Ramirez found more alleged discrepancies after the Mañosa family filed a Petition for Rehabilitation – a procedure to prevent their creditors from seizing their assets. The petition listed their creditors which included Ramirez, but had no mention of the Anahaw Park Project which was pitched to her two years back.

She also found MPI had an authorized capital stock of only P10 million, which indicated that the company could not possibly bankroll an Alabang development, let alone engage in real estate.

Dino’s defense: Dino Mañosa was the primary family member who dealt with Ramirez. In his counter-affidavit, he agreed that he had met with Ramirez for the investment but denied ever promising her that her money would just be spent for the Anahaw Park Project. He also claimed he never mentioned MPI was the only family developing the lot.

For Mañosa, the money lent to him was not an investment, but a “loan” which his family companies could spend on other projects. At that point, their companies were already accumulating millions in debt as other development projects such as the Campanilla Lane project in New Manila, Quezon City, and Tago project in Tagaytay.

“Ownership of the money loaned passes to the borrower in a simple loan and the debtor may exercise any rights of ownership over the same,” Mañosa said. – Rappler.com