MANILA, Philippines – Pasig Mayor Vico Sotto launched the distribution of this year’s Pamaskong Handog or “Christmas Present” on Thursday, November 28, and for the first time, every family in the city can expect to receive one.

The city government’s efforts to “clean up” its finances resulted in “big savings,” Sotto said, so they were able to realign some P260 million to produce 400,000 goody bags – more than double the 180,000 the city used to prepare in previous years.

(The local government has big savings right now. First, because we’re cleaning up the government. We make sure there’s no overpricing, we buy stuff at the right prices, so there’s a lot of savings. These savings, whom should they go to? Let’s just give them back to the people through the Pamaskong Handog.)

Each goody bag costs around P600, Sotto said. It includes:

What the recipients won’t find on the items and on the tote bags they come in, are names or faces of politicians, Sotto pointed out. Distributing the goody bags will take 2 to 3 weeks, and will be done per cluster of Pasig’s 30 barangays. A household will receive as many bags as there are families living in it.

Some 2,000 city government workers and volunteers will go from door to door throughout the city until mid-December to personally hand the Pamaskong Handog to each recipient, and to carry out a survey of the residents’ basic information, akin to a census.

(This is not just about the Pamaskong Handog. This is also a gathering of accurate data about our population. How many families live along this alley? How many in this neighborhood? Because right now, we can’t be certain.) 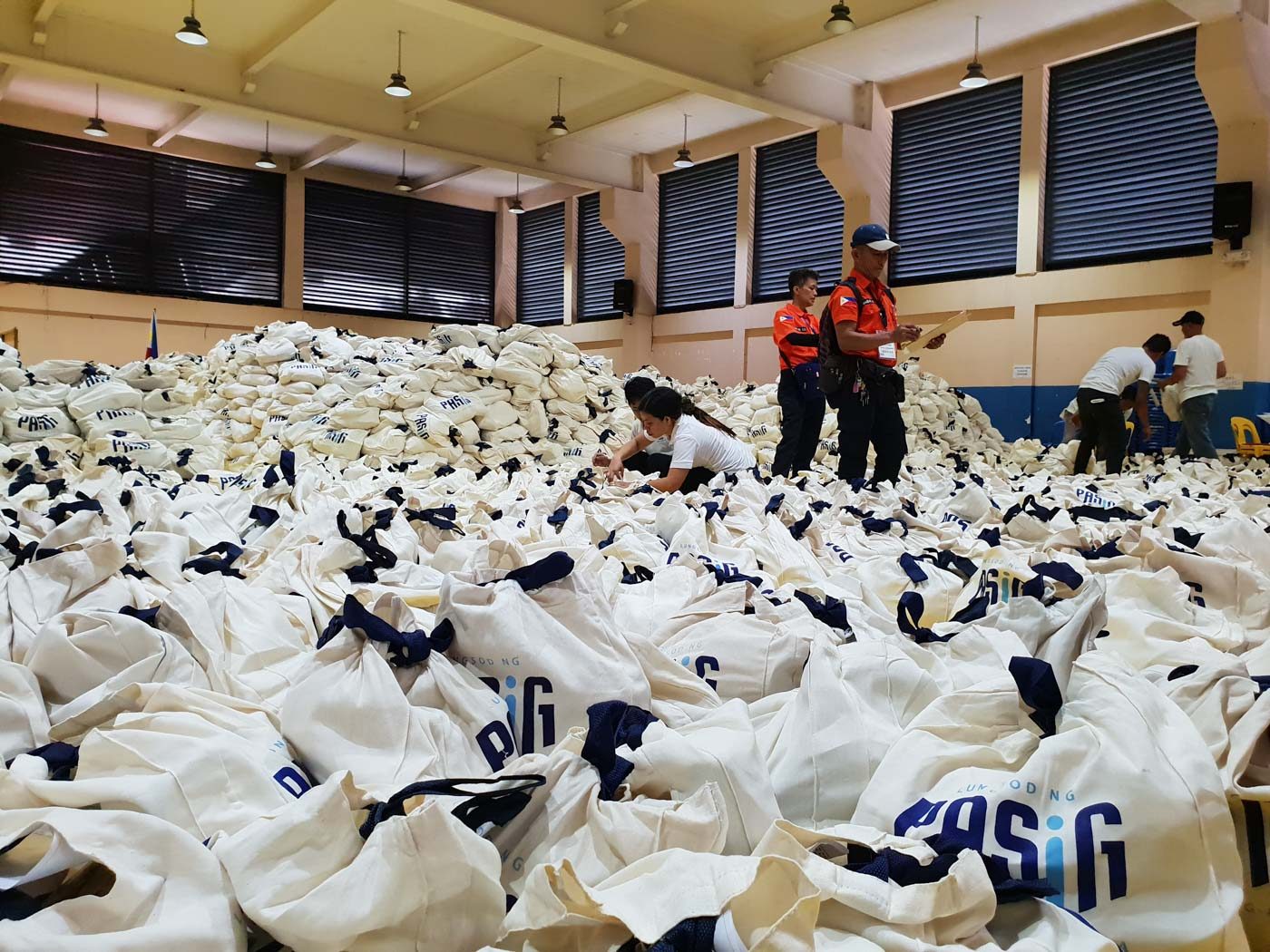 Assuring each family in Pasig of their own Pamaskong Handog cuts the old practice of “palakasan” or currying favor among members of associations and organizations that used to be the local government’s conduits in distributing the yearly handouts.

The Christmas tradition that Pasigueños have come to anticipate every year used to be quite politicized, Sotto said. Local officials benefited from the scarcity, letting their favored ones hoard the goods at the expense of others who received none.

In a Rappler Talk interview in October, Sotto promised all Pasig residents, even his political opponents, will get their fair share. He would give former mayor Bobby Eusebio, who had protested his electoral victory, a Pamaskong Handog if he wanted one, Sotto said.

Sotto campaigned on a promise of sweeping reform and improvements on social services. Pasig’s P12 billion budget in 2020, the first drafted under Sotto, allots the lion’s share to social services, with health getting 21% as the city prepares to implement the Universal Health Care Law.

Reforms take time, Sotto said when he marked his 100th day in office in early October, so he said the people would probably feel the first effects of the internal changes in governance at around Christmastime, through the Pamaskong Handog. – Rappler.com