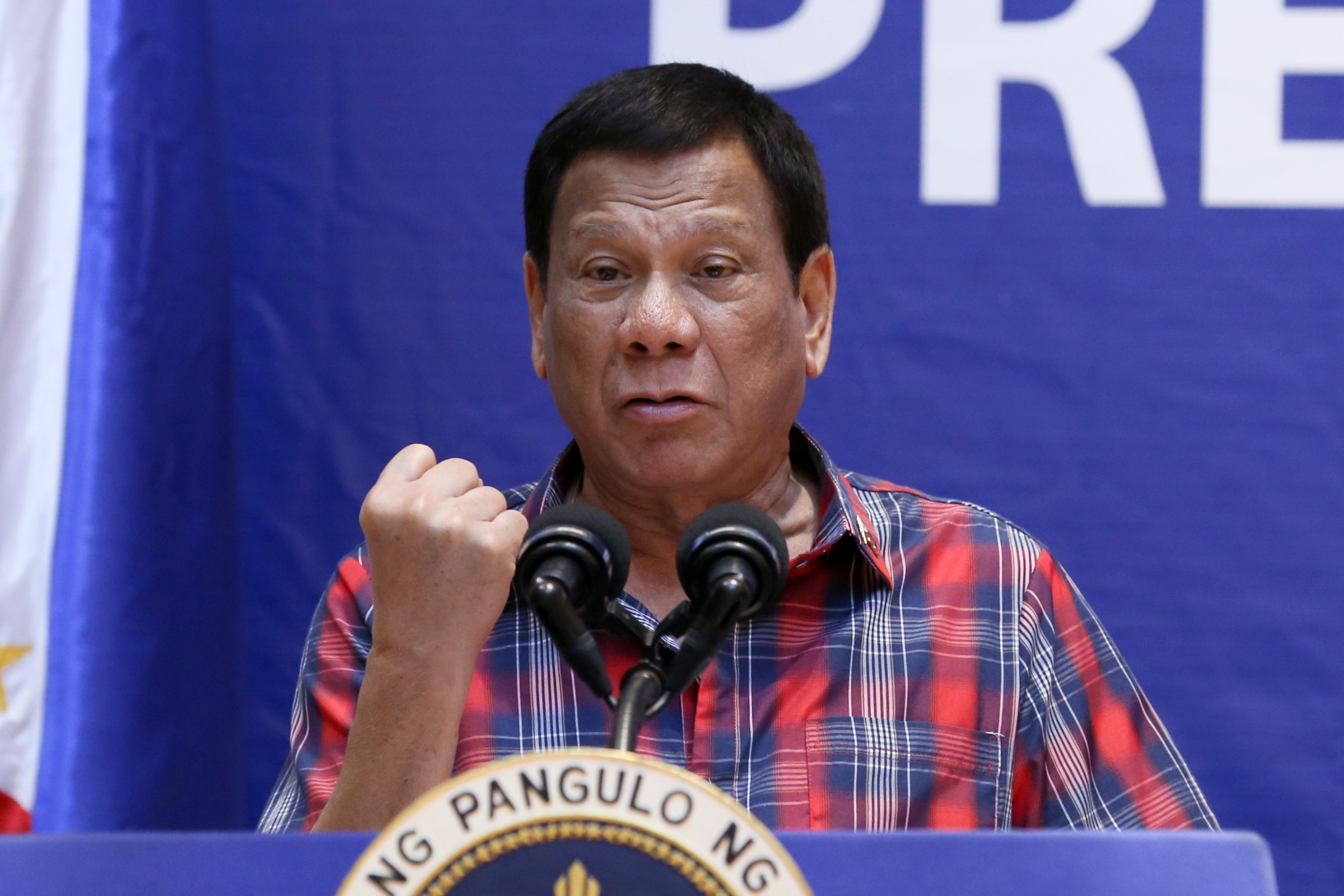 MANILA, Philippines – Sick of criticism that his administration has failed to bring down drug lords or “big fish,” President Rodrigo Duterte claimed he threw a drug lord down a ravine in Mountain Province and another drug lord into Manila Bay.

Duterte often makes exaggerated statements. But he used the claim to say he sees no need to announce when the government eliminates a drug lord.

(Why, did we announce when I threw a drug lord into Manila de Bay? The other one, I threw in Mountain Province, into a ravine. Do I have to advertise that? You fools.)

The President was incensed that columnists were hitting him for not targeting drug lords or high-ranking members of drug syndicates. Early on, critics and human rights watchdogs hit the Duterte government for appearing to focus on street drug peddlers and addicts who come mostly from impoverished communities.

Duterte even made a thinly veiled threat against critical columnists.

(They said, these idiotic columnists, we didn’t get – you just don’t know. Maybe you don’t know that I threw someone into Manila Bay. Maybe you also want to end up there.)

Seeking to correct the perception of a soft approach to drug lords, Duterte said his government has brought down alleged drug masterminds Reynaldo Parojinog Sr and Rolando Espinosa Sr. The two, both local government officials, were killed in government operations and raids. Parojinog was mayor of Ozamiz City while Espinosa was mayor of Albuera, a town in Leyte.

But Duterte has been particularly criticized for failing to bring alleged drug lord Peter Lim  into the folds of the law. He’s also said that some of the most powerful drug lords controlling the Philippine trade are Chinese nationals who are abroad and thus beyond the jurisdiction of Philippine enforcement agencies.

The Duterte government has also depended on the testimony of incarcerated drug lords to try to pin down opposition senator Leila de Lima on drug charges. – Rappler.com