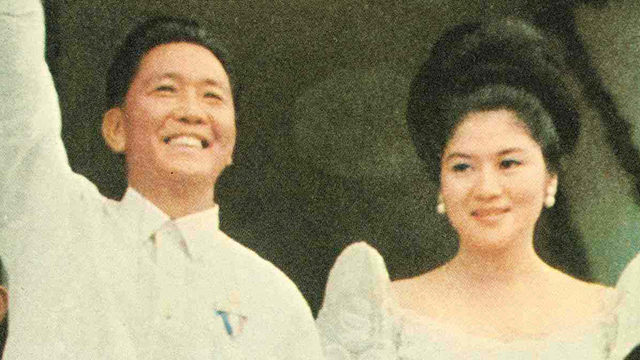 MANILA, Philippines – The anti-graft court Sandiganbayan affirmed its earlier ruling that junked a P1 billion civil ill-gotten wealth cases against the Marcoses and their alleged dummies.

“No new argument was presented by plaintiff Republic of the Philippines in the instant motion,” the Sandiganbayan 2nd Division said in junking the government appeal, promulgated on November 20 and released to media on Friday, November 29.

This involves the case related to alleged Marcos dummy Bienvenido Tantoco and how the Marcoses allegedly earned P1 billion from profits of the Tourist Duty Free Shops Incorporated (TDFS).

This year alone, the Presidential Commission on Good Government (PCGG) has lost 3 civil cases against the Marcoses before the Sandiganbayan:

Including the denial of this appeal in the Tantoco case, the PCGG has now suffered its 4th loss.

PCGG chief Reynold Munsayac has not responded yet to the question on whether they would file an appeal before the Supreme Court.

Imelda Marcos has no more criminal cases before the anti-graft court.

With the latest case dismissal, a total of 23 civil and forfeiture cases against Mrs Marcos have been dismissed, while at least 20 are pending and one archived at the Sandiganbayan. (READ: What’s the latest on cases vs Imelda Marcos, family?)

Civil Case No. 0008 accuses the late dictator Ferdinand Marcos and wife Imelda of earning as much as P1 billion in ill-gotten wealth through the Tourist Duty Free Shops Incorporated (TDFS).

TDFS chairman Dominador Santiago, also a respondent in the case, allegedly conspired with Tantoco, then an official of the Marcos government, so that TDFS can secure tax exemptions and other privileges to use public facilities for free.

From that scheme, the Marcoses allegedly pocketed kickbacks.

PCGG presented as evidence Tantoco’s letters to Ferdinand Marcos asking for the favors for TDFS. Four witnesses were presented.

“These letters do not show that the defendants are dummies of the defendants Marcoses in its operations of the duty-free shops,” the Sandiganbayan said in its September 25 decision.

In denying the appeal, the Sandiganbayan said “the Supreme Court has repeatedly held in a long line of cases that a Motion for Reconsideration should be denied when the same only rehashes issues previously put forward.”

The decision added, “The arguments raised therein have already been judiciously passed upon and properly considered by the Court in the assailed Decision, which states that the documentary and testimonial evidence presented by the plaintiff are insufficient to prove the allegations in the expanded complaint.”