No traffic improvement by end of 2019? Blame Congress, says Duterte 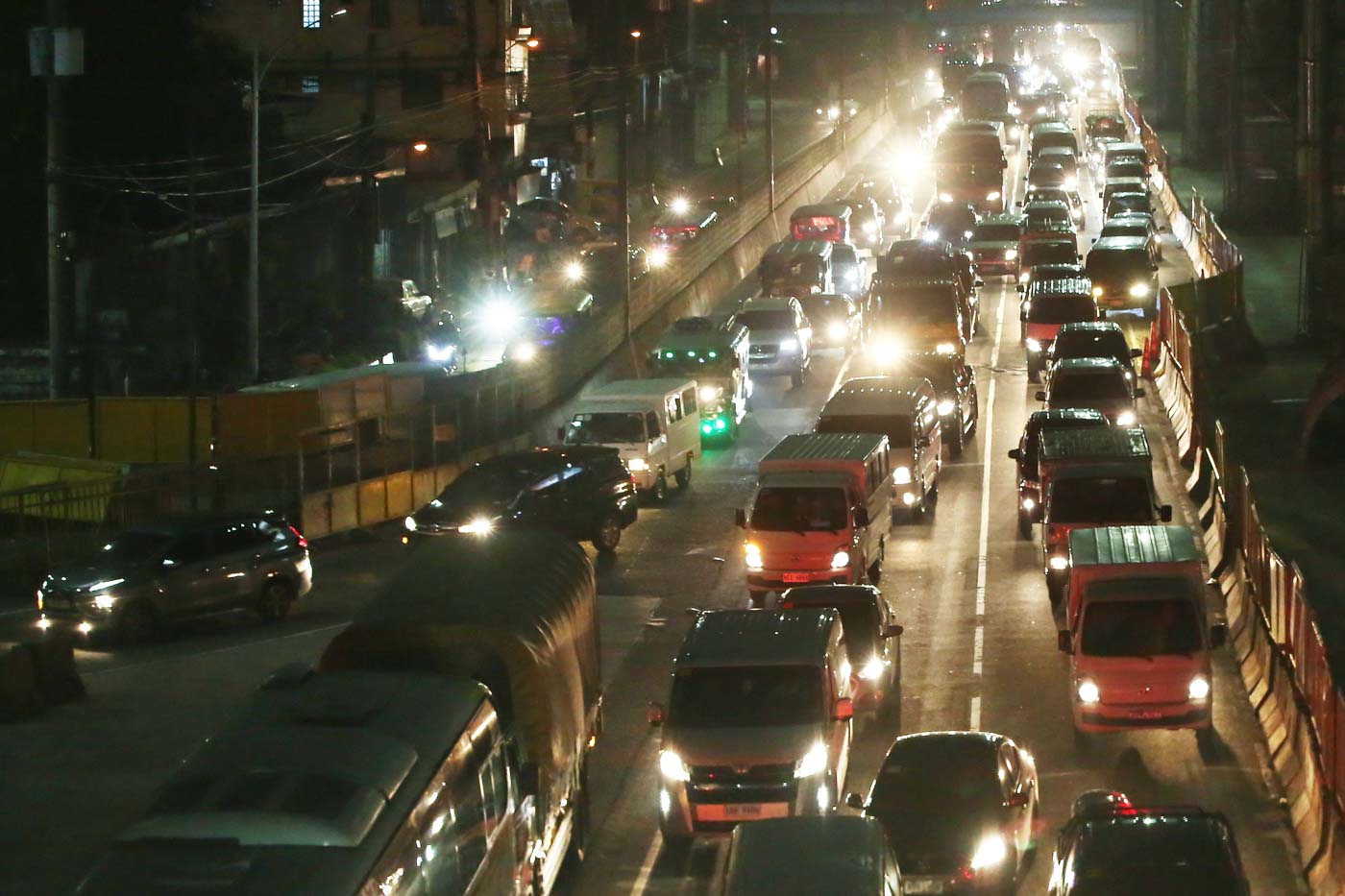 MANILA, Philippines – President Rodrigo Duterte’s famous promise to reduce Cubao-to-Makati travel time to 5 minutes by December doesn’t look close to fulfillment. For this, he blamed Congress and its delay of the 2019 national budget.

“Because Congress did not pass the budget on time so apektado lahat (everything is affected). Bibilhin mo ‘yan eh (Because you need to buy all those things),” he said in a CNN Philippines interview on Friday, November 29.

Duterte had made the promise to improve Metro Manila traffic by the end of 2019, in June, two months after he signed the 2019 national budget into law. This means Duterte knew of the budget delay when he promised a change in the traffic situation.

In August, the Department of Public Works and Highways (DPWH) said the presidential vow was “achievable.”

Anna Mae Lamentillo, chairperson of the DPWH’s Build, Build, Build committee, had said that the shortened Cubao-Makati drive would be made possible through a combination of road, bridge, and transportation projects set to be completed within the year.

The projects she cited were the following:

Plea on 2020 budget. In the same interview on Friday, Duterte, addressing Congress, said he wants the P4.1-trillion 2020 national budget passed in December to avoid another delay and reenactment of the budget.

“We hope to pass the law hopefully by December sana kung maari (if possible). Congress, paki naman para hindi na ako mabuko. Walang pera, papaano (Congress, please do this so I won’t get into trouble. If there’s no money, what can we do?,” said Duterte.

The House and Senate committees in charge of finalizing the budget bill held their first meeting on the 2020 budget earlier on Friday.

The 18th Congress has to submit the ratified bicam report on the 2020 budget by mid-December to give Duterte ample time to study and sign the bill into law by December 31. – Rappler.com